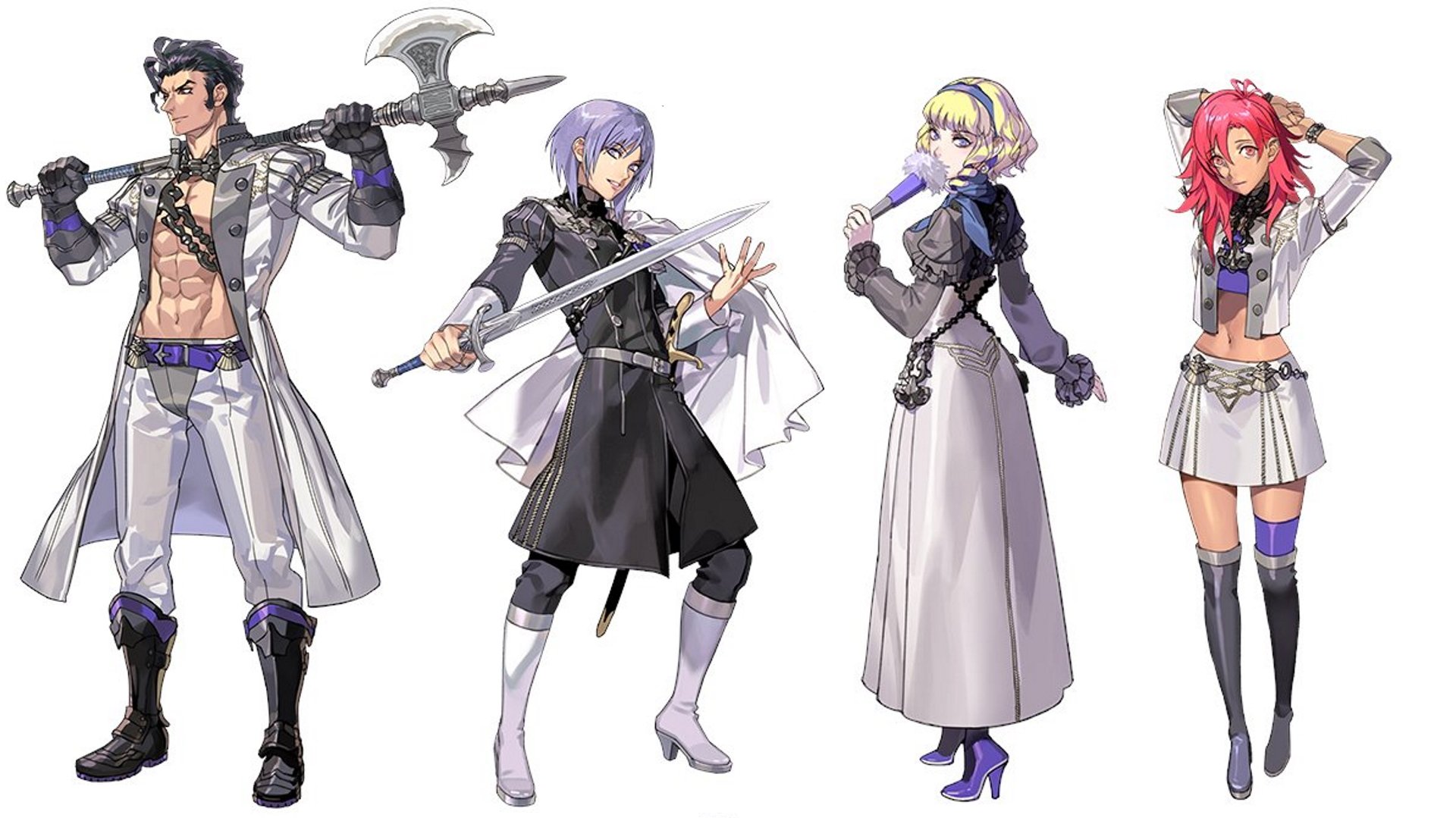 Last week Nintendo decided to give us a double whammy of Fire Emblem, announcing that not only would Byleth be making their way into Smash Ultimate, but also that the story DLC for Three Houses will introduce us to a secret extra house called the Ashen Wolves. Hidden in the depths of the monastery, there are four new characters in the Ashen Wolves DLC we’ll get the chance to recruit and play with. Want to know more about who the new faces are and who else takes part in the Cindered Shadows story? Here’s a rundown of the new characters in the Ashen Wolves DLC for Fire Emblem: Three Houses.

Contrary to initial impressions, the Cindered Shadows DLC isn’t a full new house to play the game through with. Instead, Ashen Wolves is a standalone story which introduces you to four new characters while carrying over a small cast from the core game. It’ll be selectable from the main menu, allowing you to choose difficulty and Classic/Casual difficulties once again. Let’s start with a look at the four new characters in the Cindered Shadows DLC’s Ashen Wolves house.

Leader of the Ashen Wolves is the shirtless Balthazar. He appears to be a tough-as-nails type who doesn’t much respect for those above the surface. In the trailer he refers to himself as the almighty king of grappling, which our Golden Deer pal Raphael might have something to say about.

The exceptionally posh Constance is a unique character. A magic user who’s also a Pegasus knight, she’s got the potential to be one of the most deadly units in the Cindered Shadows DLC.

Long-haired and smartly dressed, Yuri is reticent to involve Byleth and the others in the problems of those from the Abyss. He’s also a new same-sex romance option for men, making him the first character to join Lindhardt on Three Houses’ very short list.

Contrary to her name, Hapi appears to be a full-on nihilist, stating “No matter what we do, we’re all gonna die in the end anyway” during the Cindered Shadows reveal DLC trailer. She also appears to be a Dark Mage, a class previously locked to male characters.

Which other characters are in Cindered Shadows?

According to the official Fire Emblem Japan Twitter account, the Cindered Shadows DLC will also bring in six characters from the main game. Taking place in part 1 of Three Houses’ story, you’ll be able to control all three house leaders — Claude, Edelgard and Dimitri — as well as one other character from each house.

The returning cast is Lindhart from the Black Eagles, Ashe from the Blue Lions, and Hilda from the Golden Deer (Hilda! Hilda!). In celebration, the team has released the full body character art of each, as shown above.

Can you recruit the Ashen Wolves in the main Three Houses story?

According to the YouTube description of the DLC trailer, the Ashen Wolves characters will be recruitable in the main game once you’ve beaten the side story. Here’s what the blurb states:”

“Progress through the story to bring your four new subterranean students to the main story as recruitable units and enjoy the new classes, quests, paralogues, and activities that are also added with this DLC.”

New paralogue, support conversations and classes sound great to us, especially having the chance to free up classes like Dark Mage which were previously locked to a certain gender.