Get a more authentic Dragon Ball experience by learning how to switch to Japanese voice actors. 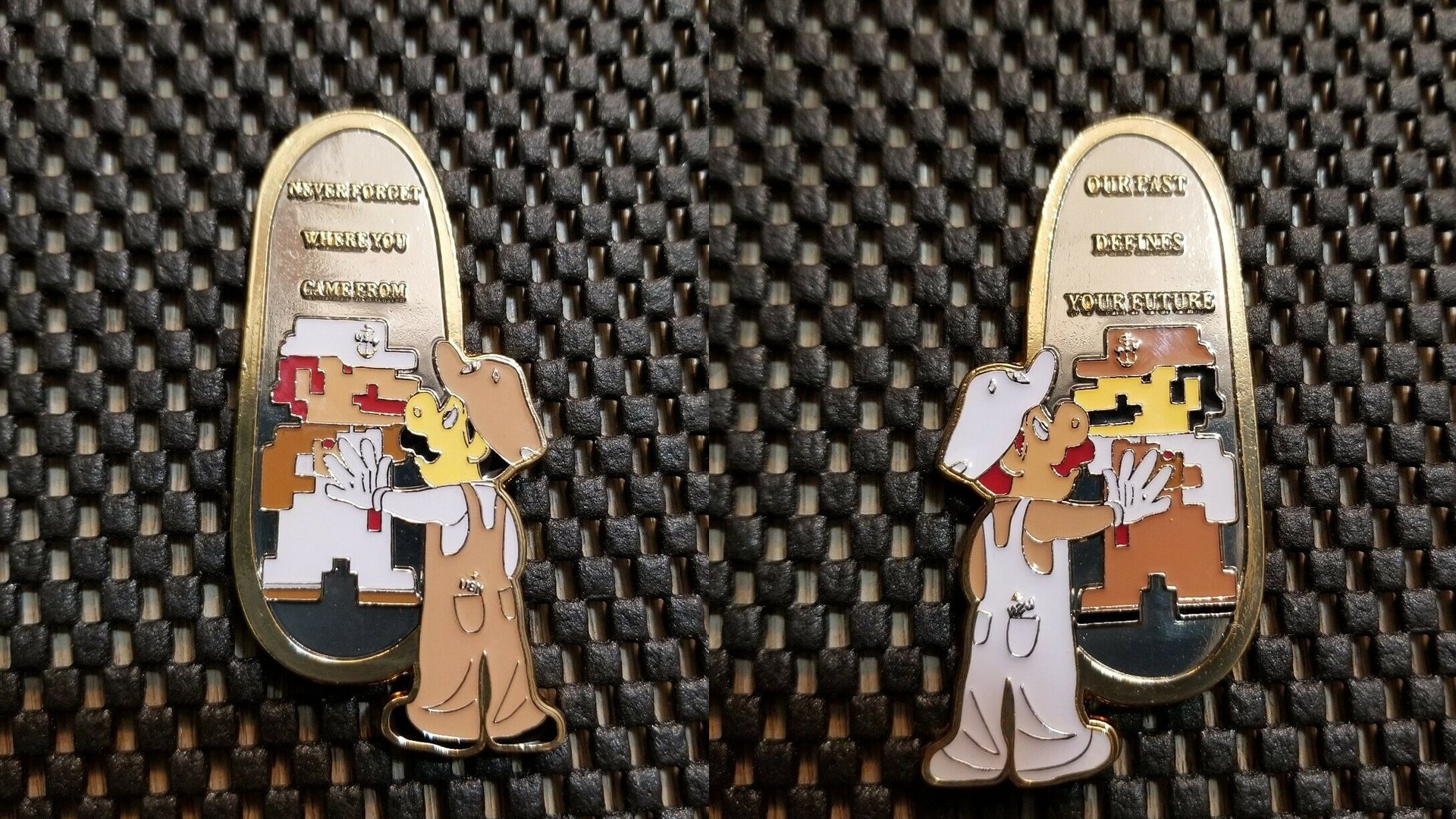 There's a bootleg Mario on some US Navy medallions

The exact location of Xur this week and all of the Exotics he has up for sale in Destiny 2.

In a bizarre twist in the story we call reality, a set of medallions issued by the US Navy in 2010 appears to feature knock-off Mario character designs.

The challenge coins, found by indefatigable Mario chronicler Supper Mario Broth for sale on eBay, were apparently issued by the US Navy in 2010 as an award for various career milestones to servicemen and women. The mirrored designs on back and front of the coin feature the inspirational messages "Never forget where you came from" and "Our past defines your future" with USN insignia on the hat and rear pocket of "Mario".

The seller "ihaznintendostuffs" explains that the medallion is a "Goat Locker" challenge coin. The Goat Locker refers to recreational areas on board naval vessels reserved for the use of Chief Petty Officers, where they would relax or sleep. Challenge coins are intended to prove membership of an organization when 'challenged', or as a way of building morale by acting as unofficial rewards for service.

Front and back of a medallion awarded for outstanding service, issued by the US Navy in 2010. The medallion features designs of Mario- and Luigi-like characters in Navy uniforms and inspirational messages. pic.twitter.com/pSD4VinGOV

The enamelled artwork of a smoothly-rendered version of Mario, touching hands with a pixellated retro version of himself in a mirror, appears to be lifted wholesale from a piece of fanart called "8-Bit" by artist Devin Crane (or at least that's the source we've seen most often cited for it).

Devin has released a number of (NSFW) art series and worked on corporate artwork such as the film poster for the Smallfoot movie in 2018. It's not clear whether he ever gave permission for his work to be recreated by a US Navy medallion smelter, though of course Nintendo would likely have the final say on that particular usage of their IP.

However, this isn't the only challenge coin Mario has appeared on that the US Navy have handed out. Paper Mario also appears as a coin distributed to the SEABEES division (a public works department) stationed in Naples, Italy – which is sort of like Mario's home, in a way.

And, in fact, there are actually officially licensed Nintendo challenge coins featuring the globe-trotting plumber, however these were never issued to armed forces. Which raises even more questions as to how he ended up on military hardware.

It's a bit baffling that this happened, to be quite honest. Mario appears in so many places these days that it's hard to remember that he's still the mascot of a company that's renowned for being fairly litigious. While challenge coins aren't exactly commonplace, the bootleggedness of these ones could add to their rarity and value, so if you want to snap up an extremely unofficial piece of history, head over to an eBay auction?