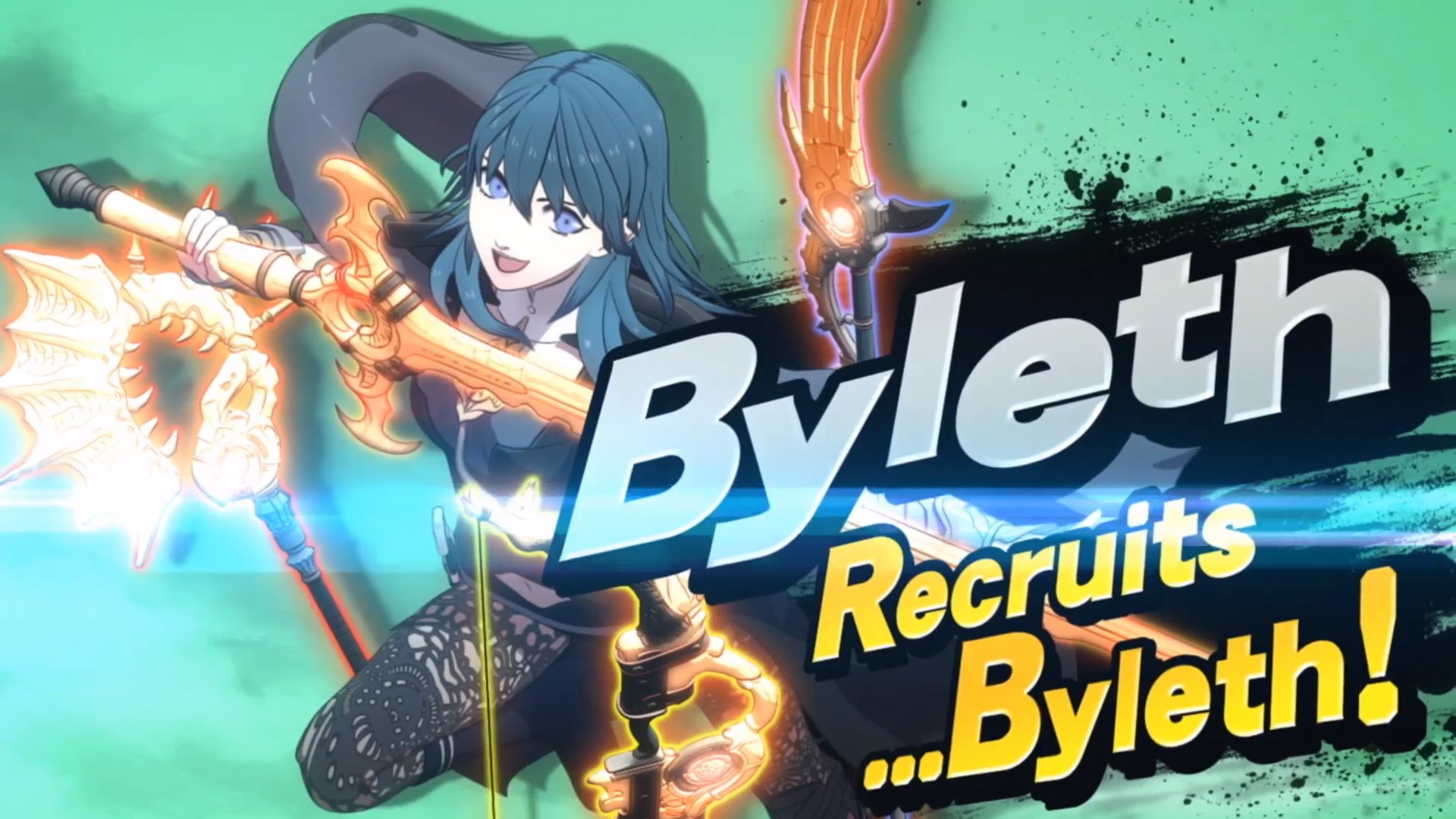 Five extra Mii Fighter costumes are coming to Smash Bros Ultimate, with another Link on the way.

Revealed in a special Super Smash Bros. Direct, Byleth is the final character coming in Fighter Pass 1. Just like previous DLC fighters, they do things a bit differently, bringing a unique weapon system to the game. Rather than another direct swordfighter, Byleth makes use of Sword, lance, axe and bow based on their direction of attack. It’s an interesting system, and one that should be easier to adjust to than Dragon Quest Hero’s randomized magic. Let’s get started with the Byleth moveset in Smash Ultimate.

(Looking for what else is coming with Byleth? Click here to see all the new Mii Costumes like Cuphead and Altair!)

Byleth is being added to the game on January 28, but we’ve already had a good look at their in-game moveset. We know they’re a character with low mobility and a short grab range, but that most of their attacks cover a wide area, which could make them very lethal indeed. Neutral specials use the bow Failnaught, Upward smashes and specials use the Sword of the Creator, forward specials and smashes use the lance Areadbhar, and down specials and smashes use the axe Amyr. Here’s a breakdown of the Byleth moveset in Smash Ultimate:

Byleth attacks in unison with Sothis, striking forward with their sword and hitting enemies in front with decent range.

Want to see the moves listed above in action? Watch the reveal showcase by Masahiro Sakurai in the video embedded below:

What do you make of Byleth’s moveset in Smash Ultimate? Think they have what it takes to rise up the ranks of our tier list? Let us know down in the comments below! If you're looking ahead to Fighter Pass 2, these are the characters we think would make a fitting addition.