Everything from signed game cases to art commissions is being sold to the highest bidder this week to help out bushfire recovery. 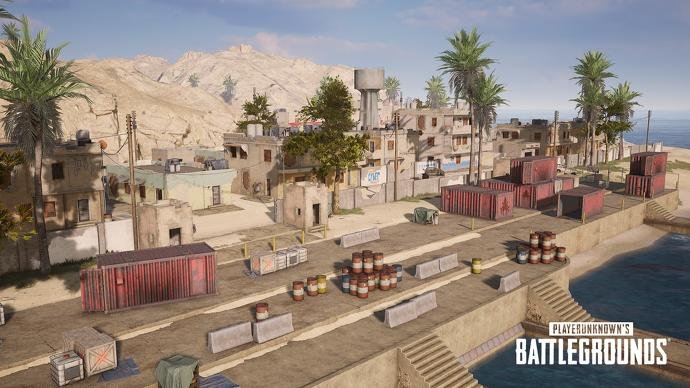 With our guide to all the Interchange map extraction points in Escape from Tarkov you'll never be caught short.

PlayerUnknown's Battlegrounds is entering its sixth season, and bringing a new map and weapons along with it (though it's also saying goodbye to an old map for a bit).

New PUBG map Karakin is a 2x2km murderbox, similar to tropical Sanhok though in a desert biome like Miramar. It'll take 64 players down to its rocky surface per match, and with plenty of mountains, cities and open spaces in between it shouldn't take too long to whittle that number down to one.

Another deadly feature arriving in PUBG Season 6 is the Black Zone, which is like a Red Zone on steroids. Whereas you would previously be safe inside a building when caught in a Red Zone, its bigger, meaner, gym-obsessed brother will randomly destroy one building inside the purple circle (why not call it the Purple Zone) during each artillery strike. Nowhere is safe.

That sort of destruction isn't limited to the gods of RNG though, as you can blast holes in doors and walls with one of the new armaments: sticky bombs. This will help you find Karakin's secret areas, too, which should contain nice caches of loot for you to gear up with, similar to the cave on Sanhok. There'll also be new vehicles, including a motorized glider for you to zoom around in.

With all that exciting newness to entice you, it might be easy to not miss Vikendi being pulled out of rotation to get some much-needed improvements. PUBG devs note that the map's performance, balance and building placement are all out of whack, so it'll be back after some tuning up. Until then you can still find it in the custom map setup, if you get tired of duking it out in hot environments all the time.

There's not set release date for PUBG season 6 on live servers just yet, however its update patch 6.1 is already up on the test servers, so you can drop into the new map and have a Karakin good time.