How to get Generator Fuel in Escape from Tarkov

Keep your Hideout powered by learning how to get Generator Fuel in Escape from Tarkov. 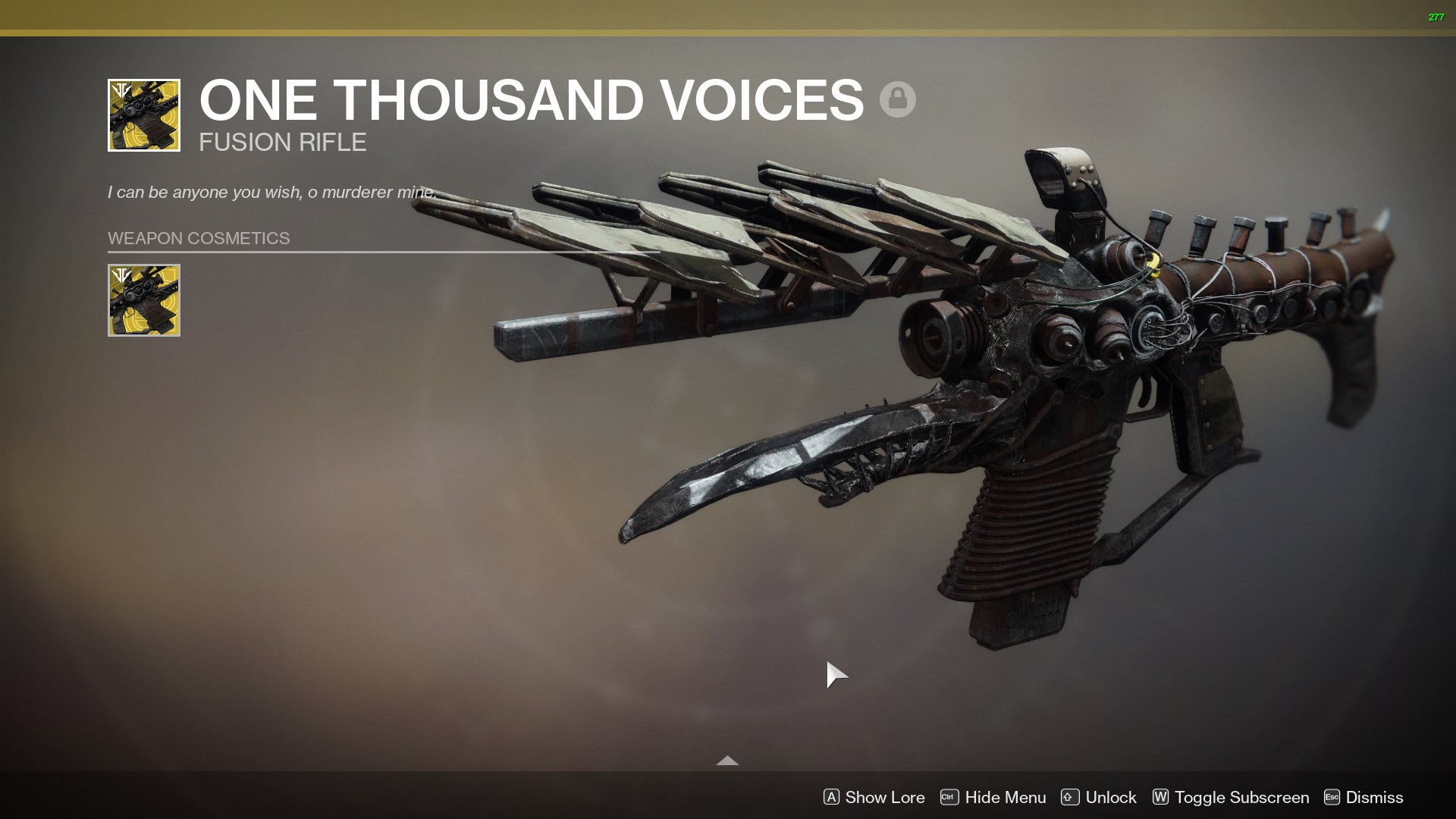 How to get Bright Dust in Destiny 2

The best ways to get Bright Dust in Destiny 2 so you can save up for your favorite cosmetics.

There are some weapons in Destiny 2 that you just have to have in your collection. The One Thousand Voices Exotic Fusion rifle (often called 1K voices or 1000 Voices) is just such an example, capable of demolishing your foes, be they boss or Guardian. If you want to earn this heavy weapon, you’ll need to learn the trick behind obtaining it. In this guide we’ll help you with exactly that, teaching you how to get One Thousand Voices in Destiny 2.

Thanks to our friends at Shacknews for use of their image.

This sounds like a bit of a slog, but you don’t actually have to play the entire raid if you use Wish 7 to skip ahead to the battle with Riven. Battle the boss and finish up the Queenswalk and you’ll get access to the raid chest. From here it’s just a case of crossing your fingers and praying to the Guardian gods that you’re lucky enough to get One Thousand Voices as your RNG drop. If it doesn’t work, you’ll need to run the raid again next time. You can’t boost your chances in any way other than playing the raid through with multiple characters. Good luck!

One Thousand Voices is a particularly powerful weapon thanks to its perks, Ahamkara’s Eye and Unforeseen Repercussions. The former allows the weapon to fire a continuous beam,  while the latter causes explosions to appear if you stay on target. Put simply, keep this weapon on someone for a short while and they’ll start exploding all over. This makes One Thousand Voices an especially powerful weapon vs bosses.

So you’ve learned how to get One Thousand Voices in Destiny 2. What’s next? Well, you can always try following the handy guides below as well!