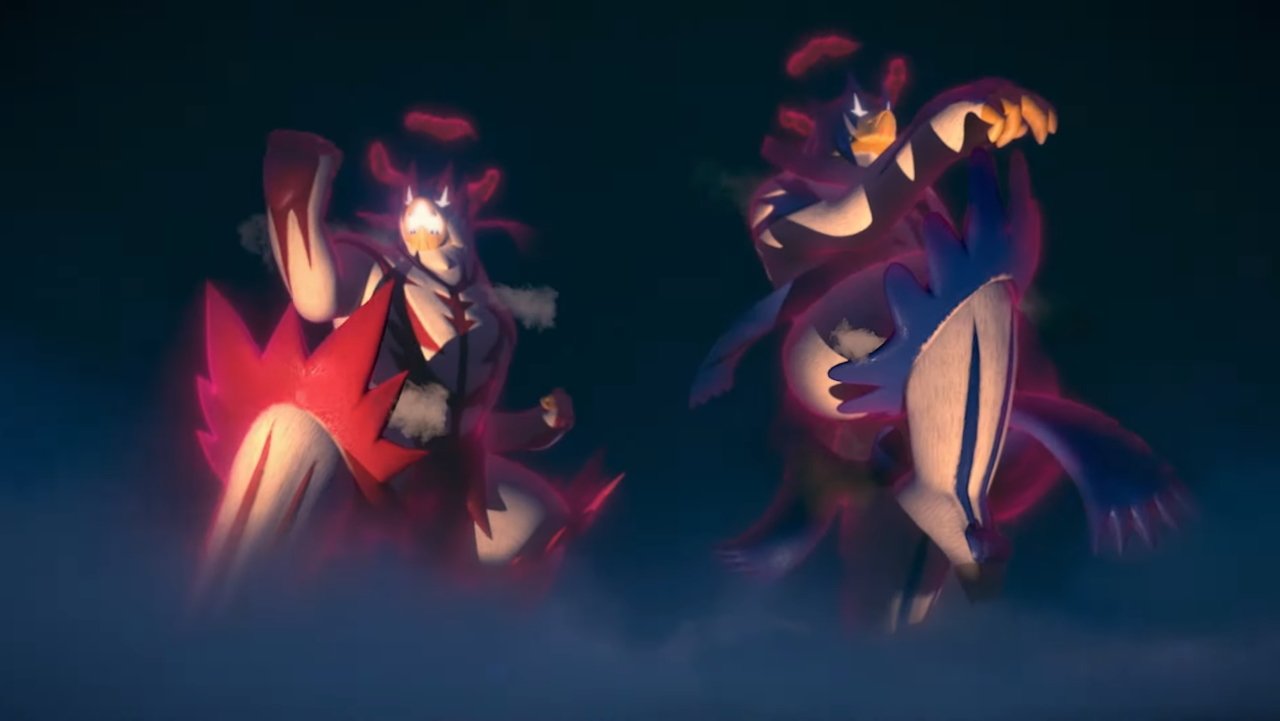 The Pokemon Company has unveiled two new pieces of DLC for Pokemon Sword and Shield, bringing new areas of Galar to explore. Isle of Armor and The Crown Tundra will both introduce new legendary Pokemon to train up as well, with the latter bringing many to discover during a new co-op feature. Let’s take a look at what we know so far about the new legendaries in the Pokemon Sword and Shield Isle of Armor and The Crown Tundra Expansion Pass.

Isle of Armor brings one new legendary, and we’ve fallen in love already. As part of the story for the DLC, you’ll be signed up at a dojo on the island under a mentor named Mustard. He’ll entrust the new legendary, Kubfu, into your care. He’s a small bear that’s a fighting type, and it’s your job to train him. Complete your work at the dojo and you can evolve him into Urshifu, a unique Pokemon that can take two styles.

Urshifu’s Single Strike style (left) is a Fighting/Dark type that delivers fast and powerful individual hits. Rapid Strike style (right) is a Fighting/Water type which overwhelms opponents with a torrent of rapid hits. We don’t know yet if you can swap between styles or are locked into one after choosing, but it sounds like it’ll be the latter option. Each style comes with a brand new move as well. Urshifu also has two Gigantamax forms, one for each style.

Unlike Isle of Armor, The Crown Tundra won’t hand its new legendary to you on a platter. Instead, it’s up to trainers to explore the snowbound region and uncover the story of Calyrex, a Pokemon which once ruled over part of the Galar region. It’s a Psychic/Grass type that looks a bit like a flying deer with a giant bubble head. The DLC’s main story will focus on the mysteries of Calyrex, so expect it to also feature quite prominently.

In addition to Calyrex, The Crown Tundra will also let trainers earn Legendaries by taking part in co-op Pokemon den raids. By venturing into these areas, players have the chance to track down Legendaries from old Pokemon games, as well as brand new ones too. We haven’t been given any names, but the trailer showed off a trio of birds which look suspiciously like Galar versions of Moltres, Zapdos and Articuno.

As well as the birds, some strange looking legendaries were hinted at, as shown above. At this stage, It’s not clear is these are forms of the three birds or something altogether different. See what you make of them in the image below.

That brings to total new legendaries confirmed for the Pokemon Sword and Shield expansions to the following:

For the full details of what's included in both Expansion Pass DLCs, watch the Pokemon Direct below:

What do you make of the new legendaries revealed for Isle of Armor and The Crown Tundra in Pokemon Sword and Shield? Let us know in the comments!