A remake of Pokemon Mystery Dungeon is coming to Switch in March, with a demo available today! 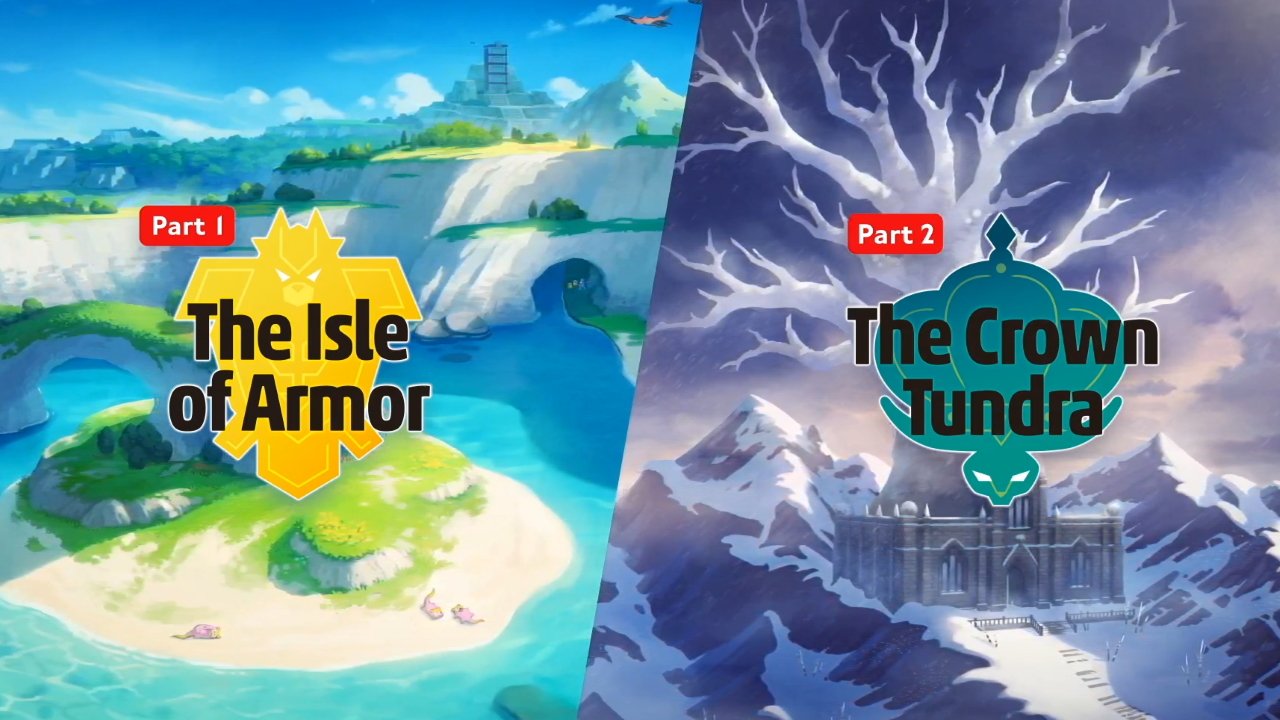 Pokemon Sword and Shield are getting an expansion pass which introduces new locales to explore, new evolutions, trainer customizations and more for $29.99.

In the past, Pokemon updates have typically Develop Game Freak revealed that Pokemon Sword and Shield will be swapping from the standard third game model of new content to instead release an Expansion Pass containing several pieces of DLC.

According to the reveal video, Game Freak want players to be able to continue their journey with the same trainers as in the core Sword and Shield game. So far we know that the Expansion Pass will contain two pieces of DLC: Isle of Armor, arriving June 2020, and The Crown Tundra, arriving Fall 2020.

Both new chunks of content are apparently still in development, but the reveal video showed off plenty of concept art, as well as a glimpse of the lush Isle of Armor and the snow-clad Crown Tundra region. Both zones will bring over 200 well-known Pokemon back into the game, as well as brand new creatures, costumes and more. Here’s a brief rundown on what we know so far for each.

In Isle of Armor, trainers will take up a position at a Dojo on the island, training under a new mentor called Mustard and gaining some sweet outfits while you’re at it. The new area will bring new rivals too, with Sword getting the Poison-type user Klara and Shield seeing you battle Psychic-type user Avery.

In addition, there’s a new Legendary Pokemon you’ll be given custody of called Kubfu. Complete your training and it’ll evolve to Ushifu, a unique creature than can take two fighting styles. Single Strike is a Fighting/Dark form, while Rapid Strike is a Fighting/Water form. Oh and yes, it can Gigantamax too. Speaking of Gigantamax, you’ll even be able to boost the three starters up to Gigantamax forms as well!

The Crown Tundra takes trainers to a snowy new secret location that’s home to a new Legendary that formerly ruled over the Gala region. It’s known as Calyrex, and it quite amusing to look at.

The Crown Tundra will let trainers gear up then head out on daring journeys out into blizzards. It’ll feature a brand new co-op mode in which trainers team up to head into Pokemon dens in the wild. They sound an awful lot like Raids for Pokemon Sword and Shield, which is no bad thing in our books. These dens will contain old Legendaries from previous Pokemon games, as well as brand new ones arriving for the first time in Sword and Shield.

The Expansion Pass for Pokemon Sword and Shield will be available to purchase for $29.99 later today. Are you excited to explore the Isle of Armor and The Crown Tundra? Let us know in the comments below!