Check the Escape from Tarkov system requirements to find out if your PC is up to the task of running the hardcore shooter. 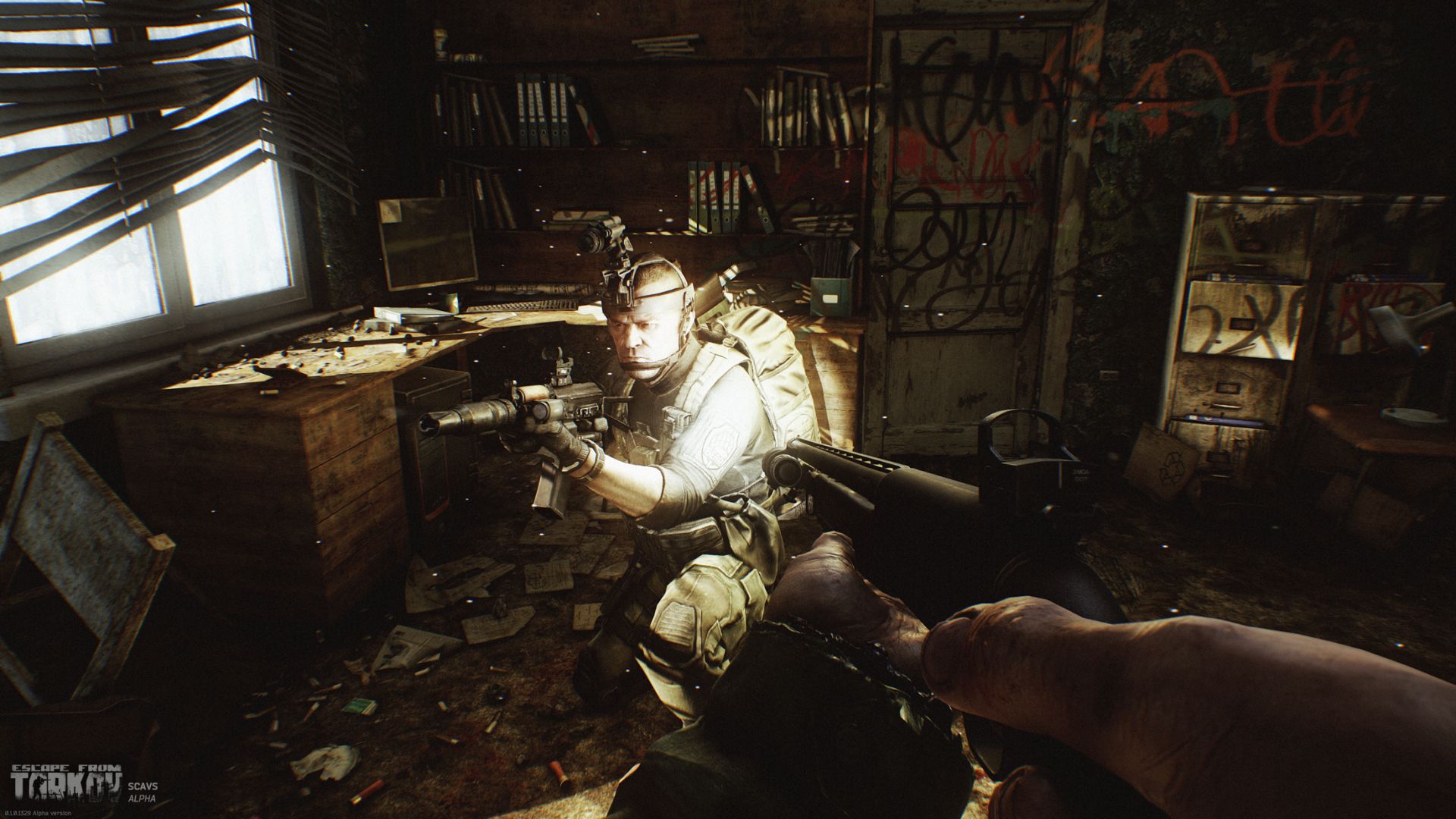 When Escape from Tarkov first released

How to get Secure Containers in Escape from Tarkov

Keep your loot safe by learning how to get Secure Containers in Escape from Tarkov and you'll make deaths less punishing.

Contrary to the cautious and patient gameplay it encourages, Battlestate Games’ Escape from Tarkov has made a rather explosive entrance to the streaming world recently. The sudden burst of interest for a relatively niche shooter has led many to wonder where on earth this new game came from. When did Escape from Tarkov come out? If you’re puzzling over this latest contender to the FPS throne, we can help answer with details on its release date and origins.

When did Escape from Tarkov first come out?

Technically, Escape from Tarkov has yet to receive its official release. Developer Battlestate Games plans to give the game a full PC launch sometime in the coming years, but right now it remains in a beta state.

The intention behind this is to allow for plenty of changes to be made before the final release, as well as the addition of extra content. Escape from Tarkov currently lists several maps which are as of yet unavailable in-game. It’s expected that these will all arrive before the full release.

However, as games like Fortnite have shown, you don’t need to officially be released to have effectively launched as a purchasable and playable title. If you’re looking for when the first playable alpha or beta of Escape from Tarkov was first released, you might be surprised at just how far back the shooter goes.

The first closed alpha of Escape from Tarkov was launched on August 4, 2016, though the game has reportedly been in development since 2012. An extended alpha was unveiled in December 2016, followed by the first beta launch on July 28, 2017. Escape from Tarkov has been in closed beta since, granting access to anyone who pre-orders game and steadily adding new maps, weapons and bosses.

There you have it, the answer to when Escape from Tarkov came out. Kind of. We’re not sure it’s taken until now for Tarkov to squeeze its way into the limelight, but we’re also not complaining about having an alternative game on the block either. If you’re after more Tarkov guides, consider reading the following: