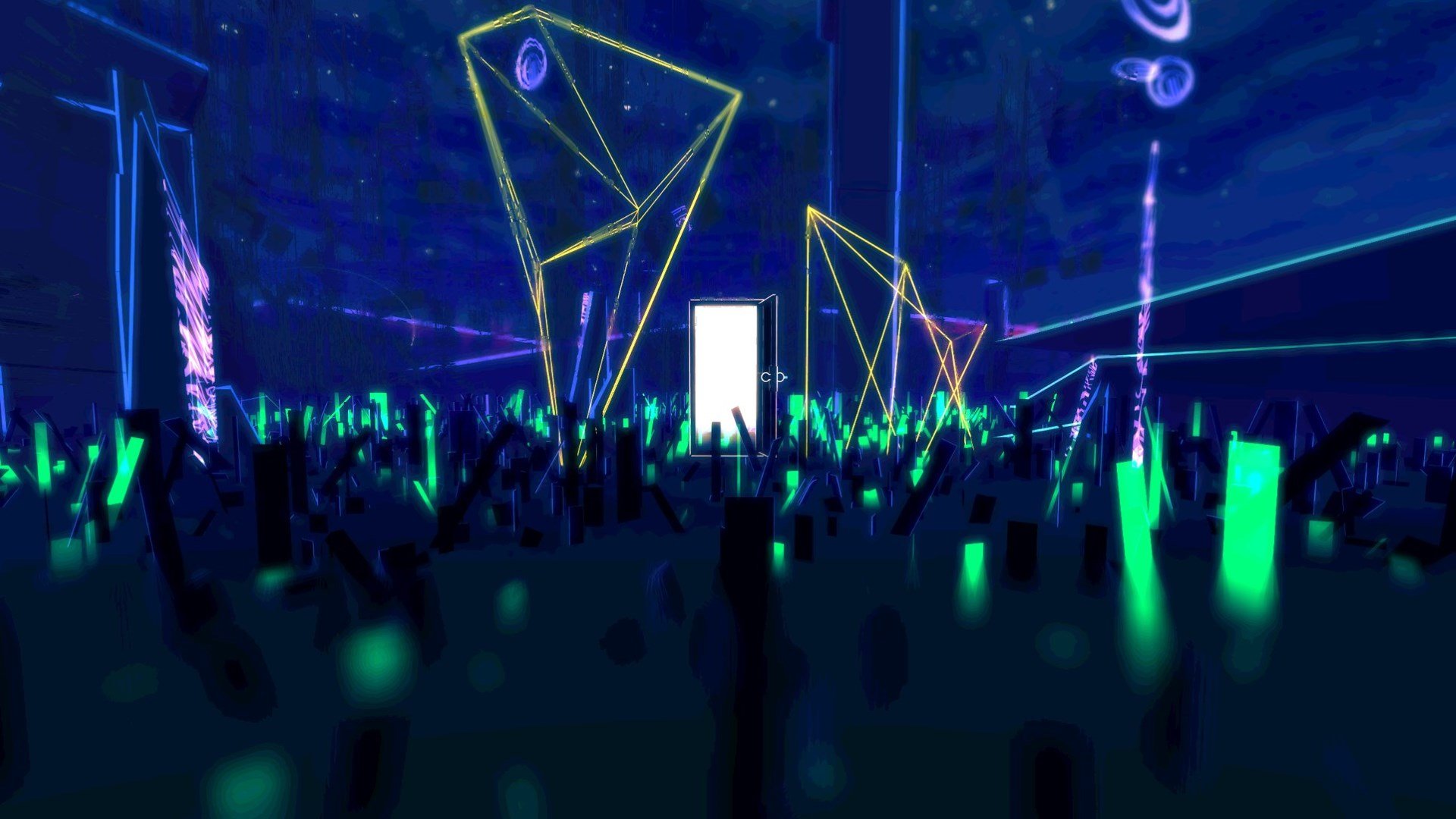 Every Saturday, studios and individuals the world over take to Twitter to share images and videos of their games in development as part of #ScreenshotSaturday. It’s a fantastic celebration of how widespread and varied game creation has become, not to mention a great way to keep an eye on upcoming gems or spot incredible artwork. Collected below are some of the coolest stills, gifs and videos from this weekend which we’ve gathered for your perusal pleasure. This week we’ve got psychedelic environments, polygonal racing and… ducks?

T h e D o o r. Where does it lead to? some #gamedesign for #screenshotsaturday, from  #madewithunity #indiegame #zeronorthzerowest pic.twitter.com/hIVOokGNaX

“What on earth is going on here?” Is something you might reasonably think after looking at one of Colorfiction’s 0°N 0°W stills. We certainly did, and it piqued more more than enough interest to lead us down a rabbit hole of swirling, kaleidoscopic images, each buzzing with as much vibrant color as the last — and no more or less comprehensible.

Colorfiction describes the game as “a first person surreal adventure of visual auditory stimuli,” but we’re not really sure that does much to shed light on the game. The one thing we are sure of is that we’re keen to enter this surreal world. Aha! A trailer for the game, we’re sure this will clear everything up:

0°N 0°W is planned for release on Android, iOS and Steam in the first quarter of this year.

Dusky Depths is a 2D, physics based ship-shooter in which you battle players online, or explore the murky depths of its procedurally generated caverns in a rogue-lite adventure. There are over 100 different items and modifications to unlock for your ship on your hunt for teleporter fragments, but you’ll need to best a variety of enemy ships and creatures to do so. This week, the developers are showing off a new buzzsaw-wielding enemy you’ll want to steer well clear of.

Dusky Depths features level creation with fully destructible environments, and its exploration mode can be played cooperatively with up to eight players. The multiplayer PvP mode even comes with a battle royale, 64-player rumble.

There’s a free beta sign-up available for testing here, and the developers have been comprehensively detailing some of their design processes on the game’s website, such as how they handle destructibility. Finally, we’ve got the game’s trailer below.

What better way to celebrate the new year than by lighting up the sky with fireworks, courtesy of Fading Skies. A solo project, Fading Skies is a 3D Action-adventure platformer developed in Unity. It’s still early days, but developer Marc has already crafted some truly gorgeous environments, and the game’s trailer (check it out below) shows off Protagonist Ryn’s abilities, which include making use of her shapeshifting pet dragon to soar through the skies.

If the beautiful world wasn’t enough incentive, 3D platformers aren’t a common sight in gaming these days (excluding Mario Odyssey of course), making Fading Skies a title well worth keeping on your radar throughout this year.

Do you resent modern racing’s overly-smooth cars, glistening realistically as they traverse HD, rain-slick tracks? If you long for the polygonal days of old, and go to sleep quietly whispering Daytona USA’s endless doots, then Racing Apex might be the game for you.

Bringing the old-school graphics and arcade racing to modern resolutions, Racing Apex lets you loose on it’s jagged scenery in over 30 different cars, pumped up with a ludicrous degree of weaponry. You’ll need to master both the tracks and your guns in order to earn your place at the top.

The developers plan to add a bunch of multiplayer modes including four-player split-screen as well as a “driver and gunner” mode which lets a second player hop on your car as a mounted turret. Oh and you can play CTF too, because why not? There’s a PC demo in the works (you can sign up to test on the game’s website) but for now you’ll have to make do with a trailer from last year.

Sometimes a clip just oozes satisfaction, and Alexey Sigh’s short gif blasting a headcrab zombie is just dripping with it. Minimal Freeman is a demake of a PC Gaming’s Classic, Half-Life 1, and has a demo available right now on Itch.io.

The game is a followup to Alexey’s work in the Epistle 3 Jam, and is described as “an alternative version of the third episode of Half-Life in low-res style.” Making use of the original game’s sound effects, it's sure to knock on nostalgia’s door for series fans, though the headcrabs look a lot more adorable than we remember.

With extensive head bob and crouching slides, the movement in the game is surprisingly satisfying. So much so that someone has already completed a speedrun for the demo.

Good afternoon #screenshotsaturday I present to you the newest developments in advanced duck technology. #gamedev pic.twitter.com/jdQVSmjb4M

During development, it’s important that your game is thoroughly tested for duck compatibility, as Andy Wood demonstrates here. But what if your duck game needs more ducks?

Is there such a thing as too many ducks? Oh god. Yes, yes there is.

WARNING Increasing duck levels 200% could result in an unexpected space-time anomaly. Are you sure you want to continue? (Y/N)

See you next week.