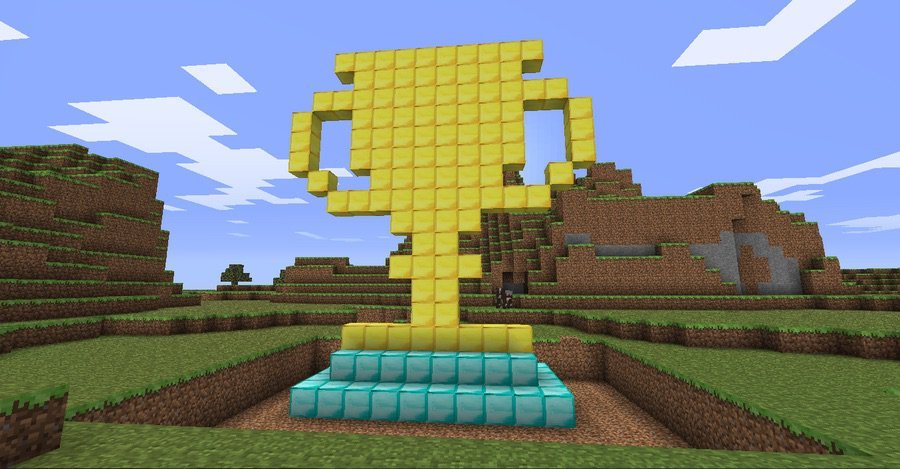 Game of the Decade: Minecraft

With the decade coming to an end, all eyes are cast back searching for what we considered to be the ultimate, the single best game we have played in the 2010s. The most important cultural artifact from the last 10 years. A historical touchstone for generations to come. While other outlets might be content to hedge their bets with a countdown, giving shoutouts and kudos to as many games as possible, we won't be so cowardly. There are no consolation prizes here, this is Highlander rules. There can be only one. And that one is Minecraft. The Ur-game.

Henry: It’s easy to forget now, but gaming was flooded with clones and copies of Minecraft at the start of the decade, each trying to capitalize on a different popular element of Mojang’s indie title. Minecraft succeeded not just as a brilliant crafting tool, but as an excellent survival game on top of that. The real beauty of this blocky world is that it’s entirely up to the player how they choose to enjoy their time within it.

The months leading up to, and following, its official release in 2010 brought constant news of incredible creations, from reproductions of fantasy cities like Minas Tirith to fully functioning calculators and computers. Impressive stuff, but you could have just as much fun delving deep into skeleton-packed underground caverns in your own unique and personal procedurally generated world. Whether you’re harvesting materials to construct a fortress, farm monsters, or build a collaborative arboretum with your friends, Minecraft makes your work feel important and, crucially, your own.

And with hundreds of updates since, presaging the 'persistent live game' model that AAA battle royales have thrived on, the game today is a constantly evolving toy box to enjoy. Minecraft remains the ultimate sandbox, both inside the game, and how you approach playing it. It’s no surprise that it remains exceptionally popular to this day. Video game Lego? Minecraft is so much more than that.

Chris: But it’s not just the hundreds (and hundreds (and hundreds)) of crafting and survival sandbox games that Minecraft left in its powerful wake this decade. There’s also the question of how it got so popular in the first place. That small confluence of the indie gaming boom combined with the invention of a new wing of gaming culture: Let’s Play. The LP is now something of a lost artform, a stepping stone on the way to the always-on streaming delivery of today. But Minecraft’s rise went hand in hand with YouTube’s, acting as the default game that made careers of some of our biggest personalities.

Big Pewds wouldn’t be where he was today without screeching incoherently over the top of some Minecraft gameplay. DanTDM, the Yogscast, entire empires built off the back of recording themselves playing a simple cubic sandbox of infinite creativity. And it wasn’t long before people started to notice the power of that, working to erase the time barrier between recording and watching people playing, until we now join our favorite streamers in real time to experience their highs and lows alongside them and a community of others. Minecraft, in its ability to join people together with a shared common interest, did much to build those communities, but even more to invent the entire sub-industry of games as passive entertainment.

Morgan: A lot of people forget that when Minecraft released at the beginning of the decade, it released as a small indie title. Designed by Markus Persson, Minecraft’s growing popularity inspired Persson to quit his day job to work on the game full-time.

Persson’s decision to give Minecraft all of his time was the best one he could’ve made as it helped grow Mojang from concept into a complete, profitable company. If you were to ask what the most successful indie game ever created is, the answer would be – without a doubt – Minecraft. It may seem strange calling Minecraft an indie game nowadays given how it’s now one of the best-selling games ever made (beating out dozens of triple-A staples to earn that title).

However, Minecraft’s humble roots can’t be denied. It’s the indie success story people dream of – growing a game from passion project into global phenomenon beloved by kids and adults alike. And it's inspired many more in the time since. The 2010s saw a huge number of indie games follow, and previously closed platforms like Sony and Microsoft's consoles have thrown wide their arms to welcome these games from small teams.

Minecraft has evolved into spin-offs and merch, helped grow YouTube gaming channels,  inspired a whole new generation of indie gamers, and has cemented itself firmly as one of the decade’s best games. With an indie dominating the 2010s, we can’t wait to see what dominates the 2020s. Our bet is on another indie like Minecraft to lead the pack!