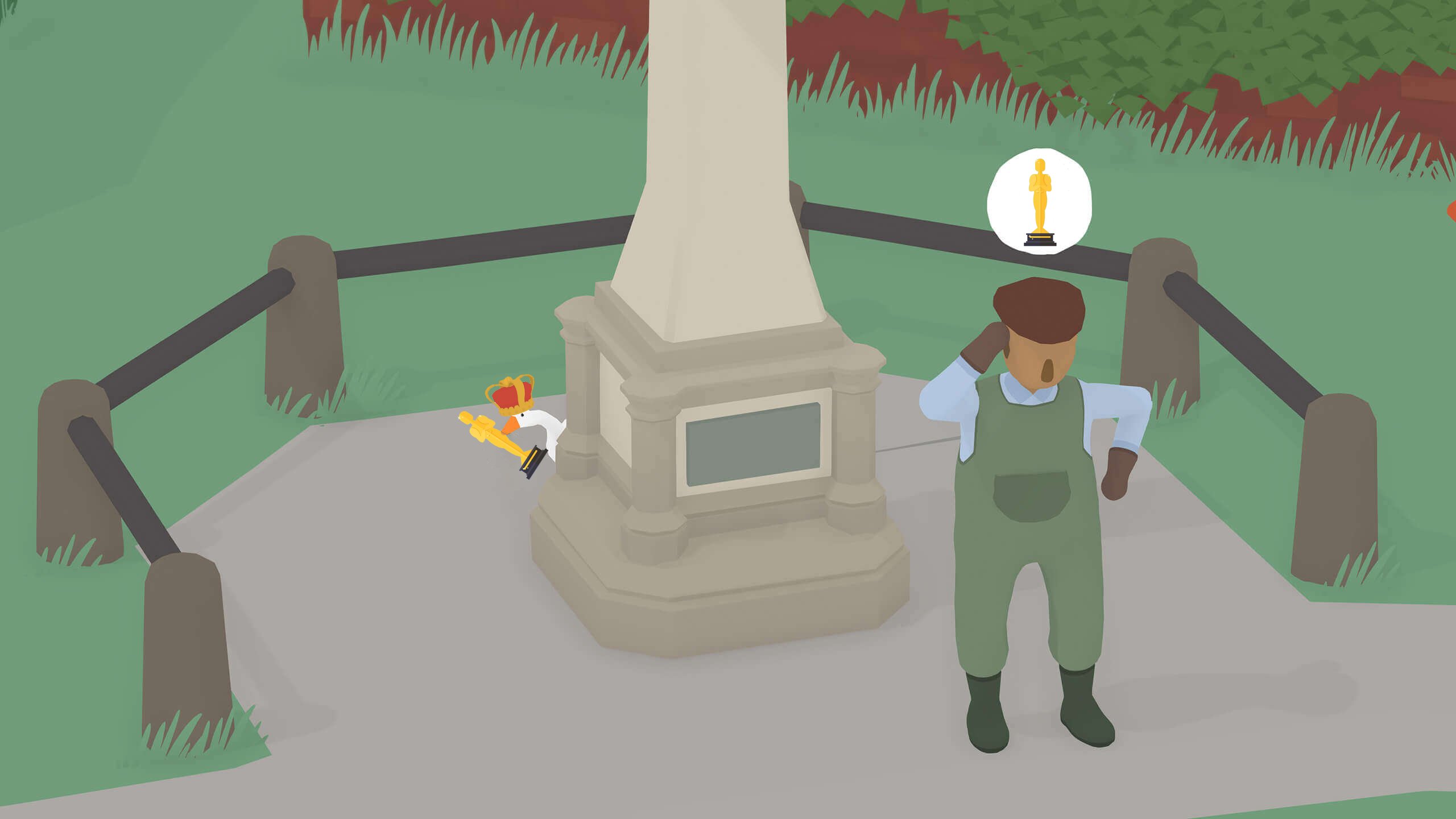 Game of the Year 2019 Countdown: The winner

Henry: Hey! Have you seen a Game of the Year trophy around here? I was trying to award it to Fire Emblem: Three Houses but I seem to have misplaced it. Wait a second, is…is that a goose? And it’s got our trophy right in its greedy beak!

It’s an unconventional way to take the top spot, but House House’s Untitled Goose Game has snuck through a field of fierce contenders (nabbing their keys along the way) to steal our award for Game of the Year. House House has created something special here, going beyond what could have just been a joke concept to create a thoroughly enjoyable puzzle game as well.

I can’t think of any game that’s had me smiling quite so much this year, and half of that time hasn’t even been in the game itself! The internet has taken to this malevolent goose like no other, churning out artwork and memes of the lovely mean-spirited but loveable bird. Untitled Goose Game is a refreshingly wholesome experience, and sometimes that’s exactly what you need. After all, there’s no better way to capture the holiday spirit than stealing a farmers keys and leading him on a merry chase round the garden.

Chris: Far be it from me to try and award this year’s Game of the Year trophy to some other game, especially if they aren’t willing to literally steal it for themselves. A bold move, Goose. That’s not to say our untitled thief doesn’t deserve it, the goose game was destined for greatness the second it poked its cheeky beak around the corner of that bush, hiding from a beleaguered groundskeeper.

I’ll fondly remember the day I sat down to play UGG, enjoying the last of the summer sun out in a field in the rural English countryside. As the sun sank over the horizon I barked with laughter into the evening sky after chasing a small child into a phonebox and then dragging a rainbow umbrella into his mum’s shop before it popped open, a kaleidoscope of chaos. I did it for the laugh, just the sheer thrill of causing mischief for these poor people, but then the game rewarded me with a surprise to-do list item crossed off at the bottom of the screen.

It takes a rare talent to encourage a very specific form of bad behavior in games, one without the bitter-sour taste of malice or regret. Though short, my time as a goose was satisfyingly gleeful and I look forward to this new genre of mischievous animal hijinks.

Morgan: As excited as I was for the release of Untitled Goose Game, I was unprepared for the flood of memes the game’s mischievous avian protagonist would inspire. Prior to and in the weeks following the game’s release in September of 2019, gamers found ways to incorporate the goose into various aspects of popular media. For example: stealing from Thanos (the goose is inevitable), carrying suitcases in Death Stranding, and being the world’s greatest troll character. I loved seeing all of these lighthearted, fun images crop up online.

It’s like the game itself released when people needed it most, and served as a harmless way to blow off steam. What’s more, the game has the unique ability to appeal to literally everyone of all ages and levels of video game experience. Your parents can play Untitled Goose Game, as can your children. It’s not a game you need to switch off when your toddler comes shuffling into the room, curious to see what you’re up to. It’s just a pure, wholesome way to spend an evening.

It’s also wonderfully open-ended, letting you take your time in each area. You don’t have to complete your tasks immediately, or in any particular order. The game gives you control of a goose, and lets you wreak as much mayhem as you like.

For the sheer level of joy the game brought me, and others, I’m truly happy to see it steal top prize (in true goose fashion) as one of 2019’s best games.