BeatByte was added in No Man's Sky's latest update, and it's already proving a hit. 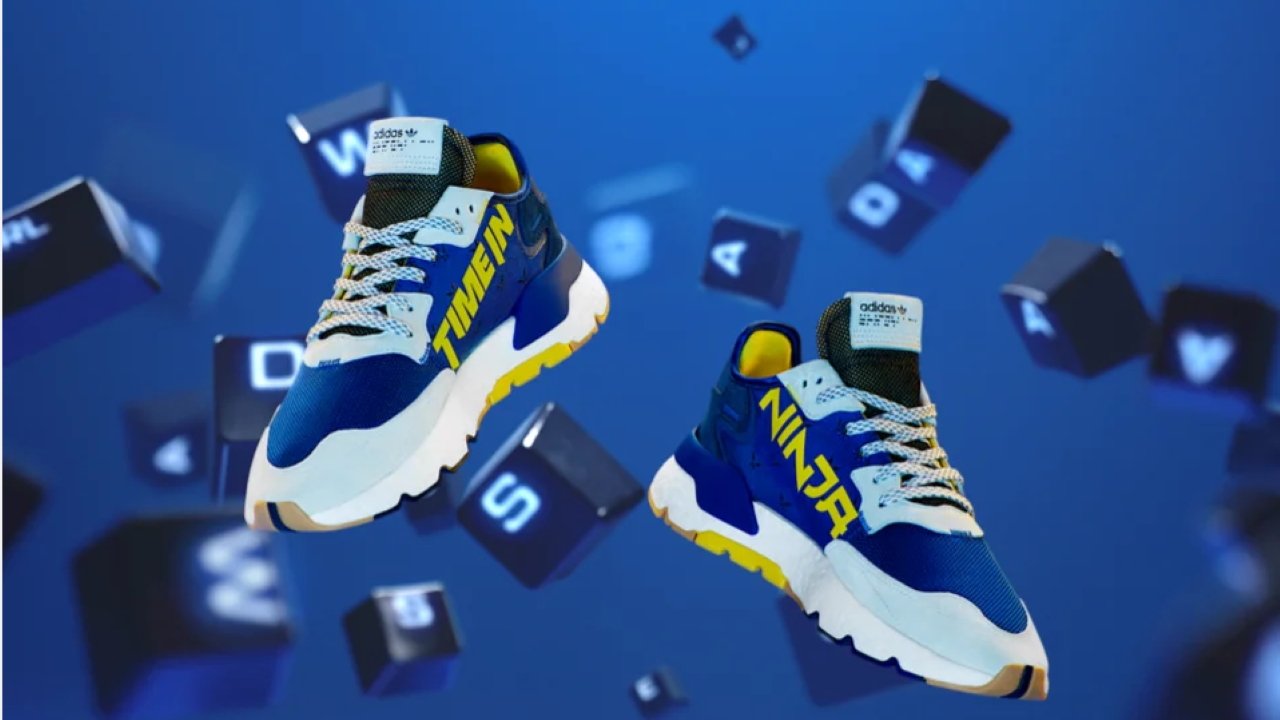 How To Balance Game And Chat Audio

Game audio louder than your chat audio? Don't let your friends get drowned out, learn how to balance.

Looking to spend an awful lot of money on some shoes? Tyler “Ninja” Blevins and Adidas have teamed up to help you do exactly that with their new Nite Jogger shoes.

Available December 31, the trainers feature Ninja’s standard blue and yellow color scheme, with his gaming name written on the insde of the left shoe. In case you’re not a Ninja viewer, the “Time In” appearing on the right shoe isn’t a common saying or line of his. Instead, the words are there are as a catchphrase for the collaboration, intended to emphasise putting the time in to get results. As with all Adidas shoes, the classic stripes appear on the outsides of both.

Here's the official statement from Ninja:

"I'm beyond thrilled and humbled to finally show the world what I've been working on with adidas," Ninja writes. "The ‘Time In’ Nite Jogger represents the culmination of countless hours dedicated to my craft paying off.” “If a kid from Chicago who just loves playing video games can collaborate with one of the sporting world's most iconic brands to launch a shoe together, anything is truly possible. It's through this philosophy that I hope I can help inspire the next generation of creators to realize their dreams– if you're willing to put the TIME IN you can achieve anything."

So excited to share what I’ve been working on for my first drop with @adidasOriginals! The #adidasbyNinja “TIME IN” Night Jogger. Coming at you 12/31. #createdwithadidas pic.twitter.com/O6WdqHnuz6

Adidas’s partnership with Ninja was announced back in August, but the newly revealed trainers are the first product to appear from the collaboration. They’ll be available from 7 am PT (10 am ET, 3pm GMT) on December 31 and will cost $150 for adult sizes and $120 for youth sizes. For comparison, standard Nite Joggers will run you around $130.

The Adidas deal isn’t the only big contract Ninja has signed in recent years. He recently moved his streaming to Microsoft’s Mixer platform as part of a huge new deal between the two. According to his manager and wife Jessica Blevins, this was partly done to allow for more deals like this. Check out Business Insider’s interview with Blevins for further details.

Gaming and clothing brands have been growing ever closer in recent years, with Puma teaming up with Tetris, and Louis Vitton adding its flair to League of Legends. Sports shoes are already a popular collectible fashion item for younger audiences, which means it’s no surprise to see them appealing to the gaming market. Though, if we’re honest, sometimes the results are a touch questionable.

If it wasn’t for the cheesy writing on the inside, we’d actually think Ninja’s Adidas sneaker would look okay as a colorful, child-friendly take on the design. Then again, we certainly couldn’t afford to drop over $100 on shoes when we were little! If you’re interested in the Ninja Nite Jogger shoes, head over to the collaboration page on the Adidas website to find out more.