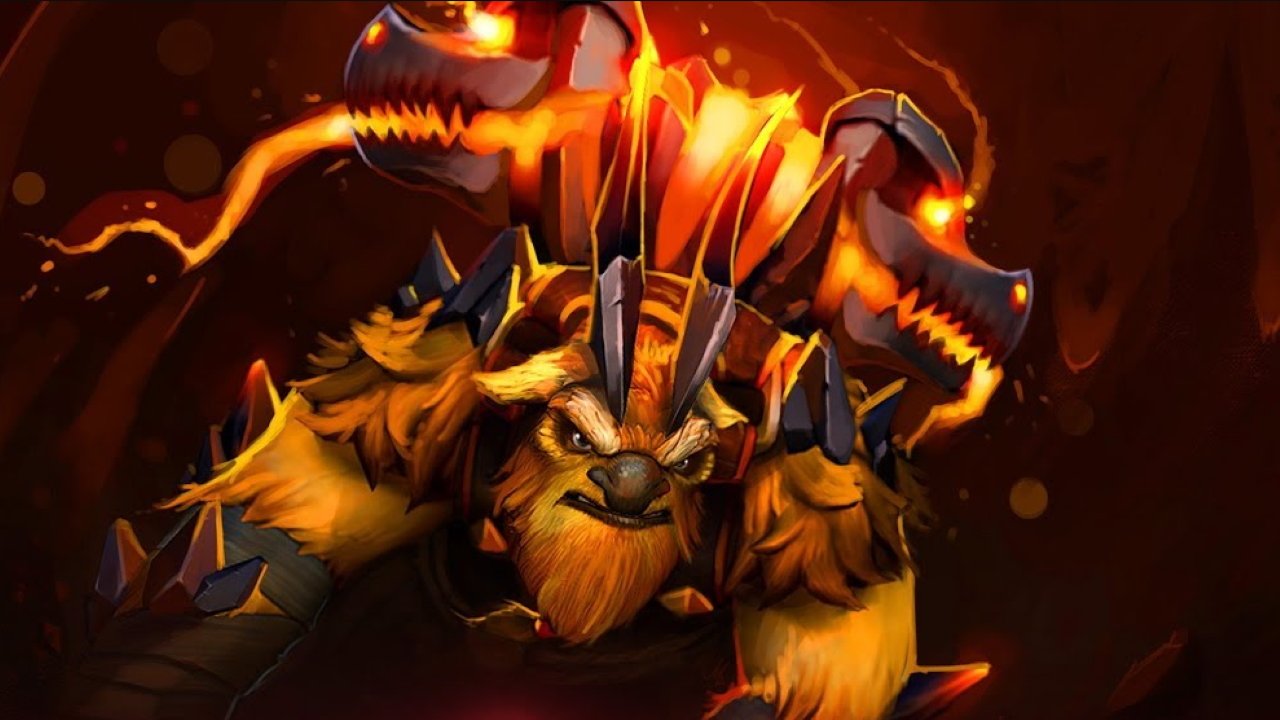 The defining esports moments of the decade

Esports is no longer in its infancy. The last ten years of competitive gaming have produced some phenomenal matches and rivalries, and we’ve loved every second of it. Looking back at the decade, several key moments stand out. We’re not just looking at the biggest plays or the best matches here, we’re after the plays and events that went down in history, for better or — just as often — worse. These are our picks for the defining esports moments from the decade.

The defining esports moments of the decade

Esports titles grown so much in the last ten years that we’ve had to be pretty selective with our choices. As such, we’ve limited it to one entry per game on the list, so please forgive us for not including your top five Melee moments or legendary League plays. We’re looking back at the most famous events from across the spectrum of competitive gaming, so come and enjoy a look at the defining esports moments of the decade:

Evil Geniuses grand finals match vs CDEC will likely go down as one of the most thrilling in Dota 2 history. After losing to CDEC in the Upper Bracket Finals, EG fought back for a rematch in grands, and their chance to take him a staggeringly large first place prize of $6m. The two sides went back and forth until EG led the best-of-five series 2-1, but it was in game four that the real magic happened.

CDEC were on the back foot, but after managing to snipe a kill on EG’s Storm Spirit, they rushed their entire team into Roshan’s pit to take him down as quickly as possible. Just as the commentator’s claimed EG were unlikely to contest the move in a 4v1 scenario, they struck with perfect timing.

After spotting a couple of players, ppd’s Ancient Apparition aimed his Ice Blast ultimate into the cramped chamber, hoping the full team was enclosed. A split second before the attack struck, Universe’s Earthshaker blinked into the fray, his Echo Slam staggering the entire team. The damage was too much to handle, and all but one of CDEC’s players were wiped from the board. The attack sent CDEC reeling and ultimately won EG not just the game, but a tidy prize of six million dollars.

There are some games that you just shouldn’t win.

In 2014, Swedish side Fnatic were the team to beat in Counter-Strike, winning event after event to secure their reign. In the Dreamhack Winter 2014 quarter finals however, it seemed like French side LDLC would finally be the ones to do it. In the deciding game of Overpass, LDLC led 13-3 and were almost certain to claim victory. Fnatic were desperate, so they pulled out a trick secret they’d been hiding.

Using a tricky, three-man boost. Fnatic put star player Olof “Olofmeister” Gustafsson into a ridiculous position which allowed them to overlook routes to both the A and B bombsites. The result was a flustered and floundering LDLC, who couldn’t figure out where shots were raining down from. It was a brutal, incredibly unfair trick that left the community, casters and players polarized.

After Fnatic took the victory, outcries of exploits filled chat channels and a pause was called to determine if Fnatic had used an illegal pixelwalk or one-way view. Aware of the enormously negative reception, Fnatic chose to forfeit the win, dropping from the tournament and allowing LDLC through. It was a reminder that video game maps and rulesets are far from perfect, and the trust that teams will inform the developers of exploits to patch out is an uneasy alliance at best. On a cheerier note, it also inspired the creation of a truly dreadful song.

Honorable mention: Fnatic vs Ninjas in Pyjamas at Katowice 2015

League of Legends: xPeke’s backdoor vs SK at IEM Katowice.

At the Intel Extreme Masters Katowice, SK gaming had Fnatic on the ropes. Large parts of their base in ruins, Fnatic’s team charged their opponent’s base in what seemed like a last-ditch effort. Though they broke through the initial defenses, SK repelled the invasion and set forth on what looked ready to be a game-winning drive.

That is until, with just a sliver of health, Fnatic’s Enrique “Peke” Cedeño Martínezx popped up in SK’s base to take down their Nexus solo. A single auto-attack would likely have been enough to take down his Kassadin, but darting and jumping between sides of the Nexus he landed hit after hit as SK’s Kev1n struggled to shut him down. Another member teleported back to stop the unexpected strike, but it was far too late. Sneaking through the guard of his opponents, xPeke stole the game and the hearts of the Katowice audience.

Tekken 7 is respected as one of, if not the best entries the series has ever had. Professional players have taken to it just as much as the fans, and that's let to a deluge of brilliant sets for us to enjoy. Jae-Min "Knee" Bae and Kim "JDCR" Hyunjin are two star players from Korea who's heated rivalry goes back a long, long way. They've facesd each other plenty of times, but at Rev Major 2017 we got a true showcase in their understanding of the game and each other's minds when they met in Winners Finals.

A strong start by Knee scored him two games, but JDCR countered, pushing back with two wins of his own. The unbelievably tense game 5 came all the way down to the wire in a fifth round faceoff. We'd rather not spoil the ending, just give it a watch for yourself and see.

Want an idea of how the world of esports has changed in ten years? Take a look back at this QuakeCon showdown from 2010. Russian star Anton "Cooller" Singov was a longtime champion in the Quake world. His opponent, Belarussian Alexey "Cypher" Yanushevsky, five years the younger, had looked up to Cooller for a long time, citing him as an inspiration for starting to play.

The 2010 Grand Final which saw the two go toe-to-toe was nothing short of spectacular. Cooller asserted an early lead but after several games, Cypher’s phenomenal defensive play brought him back into the match. The beauty of movement in Quake’s arena combat is an aspect that’s absent from modern esports, so if you’ve got a spare hour then this old-school showdown is deserving of appreciation

Remember when Marvel was still shown at Evo? Ah… Better days. Until the failure of MvC: Infinite, the Marvel games used to be the games guaranteed to bring the hype. One of MvC3’s best moments came  game’s best moments came early in its lifetime, as PR Balrog took on Box Viscant during the EVO 2011 grand finals.

Coming in from the Losers Bracket, Balrog needed to score two set wins to progress. The two players proved evenly matched, taking the first set to a game five. The final game of the set looked sure to go in Viscant’s favor, who established a strong lead, taking down two of Balrog’s characters and leaving only Tron to stop Viscant claiming the trophy. Against all odds, Balrog fought back, culminating in an incredible Level 3 super callout to wipe Viscant’s Dark Phoenix off the board. Viscant would go on to win the match, but PR Balrog held the moment of the tournament.

One of the longest-running esports, Super Smash Bros. Melee has provided an exceptionally generous number of standout moments in the last ten years. Battles between gods, game five showdowns, EVO finals, Melee has provided the goods and then some. But the one match that stick in our mind more than any other is Jeffrey "Axe" Williamson’s utter destruction of SilentWolf during EVO 2014.

Four stocks are a rare thing in competitive smash, but to beat a skilled opponent in less than a minute? Almost unheard of. Axe has been a stalwart Pikachu player since the beginning, and while others decried the character as a budget Fox, he’s worked hard to demonstrate the unique strengths of the diminutive yellow rat.

Pikachu may lack the range and power of his rivals, but against spacies and in the right hands, he’s a monster at edgeguarding. At EVO 2014, Axe showed just how deadly can be. Knocking or throwing SilentWolf of the stage, Axe perfectly read his opponent’s recoveries, shutting down jumps, firefoxes and illusions to send his opponent racing to the blast zone and out of the tournament in record time.

Dominique "SonicFox" McLean may be best known for their Mortal Kombat talent these days, but their rivalry with Goichi "GO1" Kishida in Dragon Ball FighterZ remains one of the highlights of the decade. Arc System Works' new fighter made a breakthrough entrance in 2018, scoring the highest number of entrants for the EVO championship. The Grand Finals saw SonicFox and GO1 batter each other over two sets, with SonicFox taking the title.

A year later and they were back at it again in the EVO 2019 finals, except this time it'd be GO1 who came out on top. The match itself was brilliant, but it was the celebration afterwards which made this moment so memorable to us. GO1 breaks down into tears almost instantly, and in a moment of true sportsmanship SonicFox comforts their rival, raising him up to drink in the applause of the watching crowd. What's that? No, we're not crying! You're crying!

Got a play from another game that you’d like to highlight? Share it with us in the comments below so everyone can reminisce together!