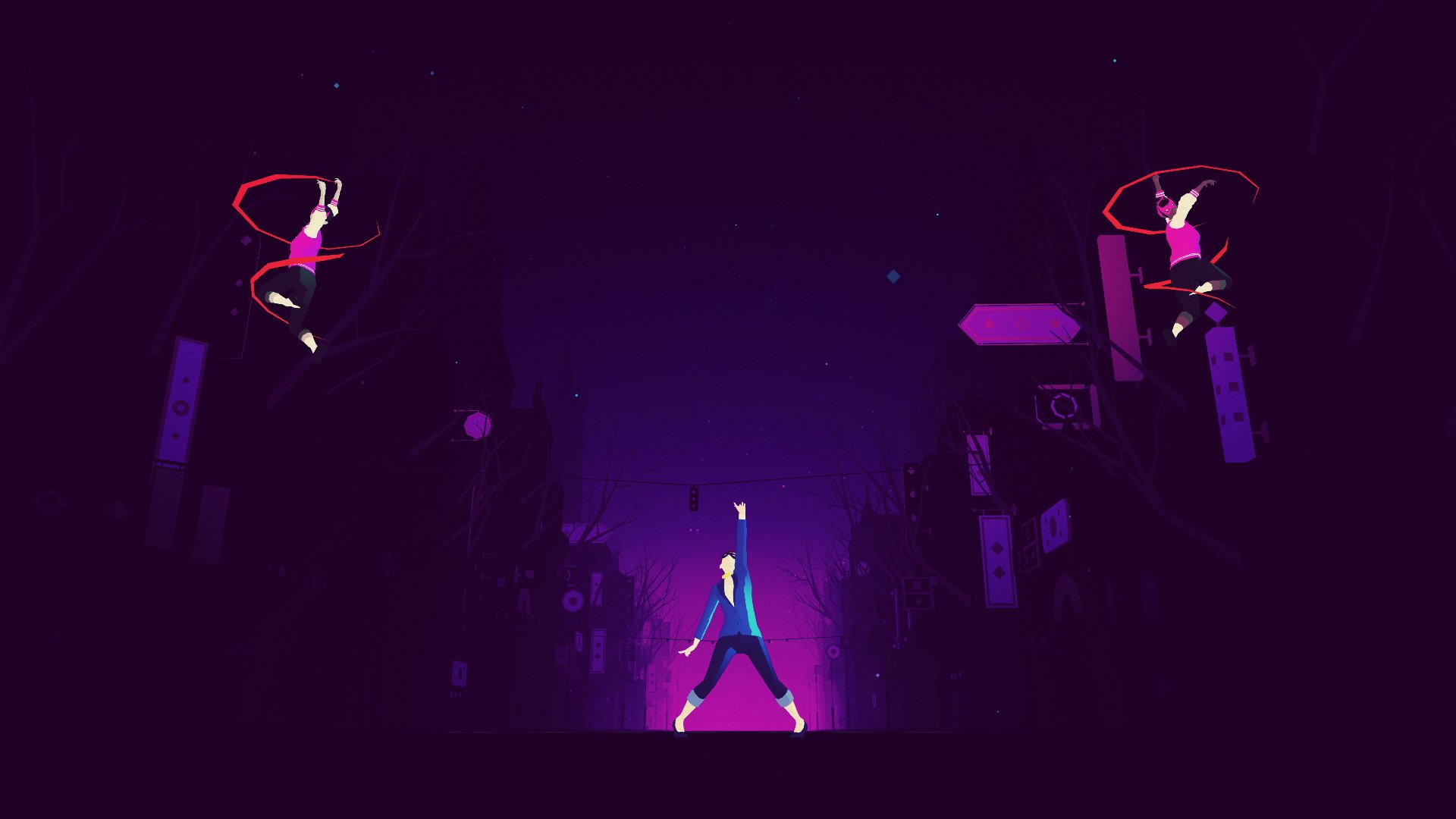 This article is part three of our Game of the Year 2019 countdown. Want to start from the beginning? Click here for games 20-16.

Morgan: Part pop album, part arcade game, Sayonara Wild Hearts is the whole package and then some. From the jump, you’re pulled into the game’s colorful, neon world that flies past you to the sound of melodies like Wild Hearts Never Die. The game is one of empowerment, encouraging you to take your fate into your own hands as you zoom, soar, leap, and race to collect hearts.

Sayonara Wild Hearts isn’t a particularly long experience, with most players beating it in around 4 to 5 hours. However, the developers at Simogo utilized that time to the fullest, making each level feel like its own unique experience.

What’s more, everything blends together seamlessly, taking you from level to level in a natural, cohesive way. If you’re looking to be moved emotionally, musically, spiritually, and physically (in-game) we can think of no better game than Sayonara Wild Hearts. It’s everything we hoped it’d be and then some!

Henry: Hidetaka Miyazaki and FromSoftware truly are the masters of forlorn beauty. After three Souls games and a Bloodborne on top, you might have thought the studio would aim next for something a little cheerier, but Sekiro: Shadows Die Twice demonstrated the well of engrossing despair was far from empty.

Sekiro — particularly its Senpou Temple region —  is one of the most stunningly gorgeous games we’ve ever played, yet underneath that beauty runs a current of sinister energy that keeps you on edge throughout. It’s a phenomenal achievement at atmosphere that pulls you through from start to finish.

Sekiro also deserves praise for just how good it’s sword-duelling boss fights are. We can’t think of a single game that’s captured the cinematic flair of a final confrontation so well, while also leaving you in complete control. Instead of relegating the coolest moments to cutscenes, each perfectly timed parry, counter or last second dodge is down to you, a reward for studying your enemy. That initial showdown with Genichiro atop the castle is, in our books at least, one of the best boss battles gaming has ever produced.

Morgan: Devil May Cry is one of our favorite video game series, so you can imagine how excited we were to dive into the world of Devil May Cry 5. What’s nice about Devil May Cry 5 is how it picks up where the series left off and adds much-needed backstory to characters like Nero.

Devil May Cry 4 wasn’t the best in terms of introducing this character, but we found ourselves empathizing with Nero more in Devil May Cry 5. The game also presents a cool “new” character in the form of V who has his own unique playstyle, and Nico who’s quickly become one of our favorite girls in the Devil May Cry series.

Yes, even more than Trish. Seriously though, Nico is amazing and we can’t love her more than we do already. The story feels more coherent than previous entries, like the game that will not be named (*cough* Devil May Cry 2), and the tone never feels “off” like another game we won’t name ( *cough* DmC: Devil May Cry).

As a whole, Devil May Cry 5 is a delightful return to form for Capcom that gives fans exactly what they want, and can be a great way to interest newcomers to the series. The amount of love poured into the game is something to be applauded, and we can’t wait to see where Capcom goes from here.

Henry: Would you willingly throw yourself into the chaos of a zombie-infested city? If it had a chance of being half as great as this year’s Resident Evil 2 remake, we'd certainly consider it. Resi 2 understood what made the original games so great and is pretty much a textbook on how to approach remakes of decades-old games.

Rather than slavishly sticking to the original, Capcom expanded the game in several areas, breathing life into side characters like Marvin and Robert Kendo, and revamping classic puzzles to create a complete package that didn’t just measure up to nostalgia-tinted memories, but actively surpass them.

We’d like to give a special shoutout to Mr X, whose thumping footsteps followed us all the way out of the screen and into our nightmares. The audio design in Resident Evil 2 is so good that, hearing him stomping overhead, it’s hard not to hold your breath as you wait desperately for him to move along. We dread to think how terrifying Resident Evil 3’s Nemesis will prove to be come April next year.

Henry: At the start of the year, it seemed like the Battle Royale genre was due to be dominated ad infinitum by Fortnite. Though Call of Duty and Battlefield tried, nothing could touch the sovereign’s crown as it unleashed event after spectacular event.

That is until Respawn Entertainment entered the fray with Apex Legends. Taking lessons from the phenomenal movement of the Titanfall series, Apex Legends injected an adrenaline shot of energy to the battle royale formula. Ziplines, knee slides, mantling, even the initial jump from the dropship, everything feels so damned cool in Apex Legends.

Building on that base of joyous movement, Respawn threw in a map that was a delight to zip around, characters brimming with energy, and gunplay honed by the team’s years of prior experience working on Call of Duty and Titanfall. We still weep over the fact that we might never get Titanfall 3, but hot damn is Apex Legends a fitting substitute.

We’ll be back tomorrow to cover the games that made it into a our top 5 list for the year, so be sure to check back again then to see what made the cut! Looking for the other stages? Click the links below and you’ll magically be transported via the power of the internet.