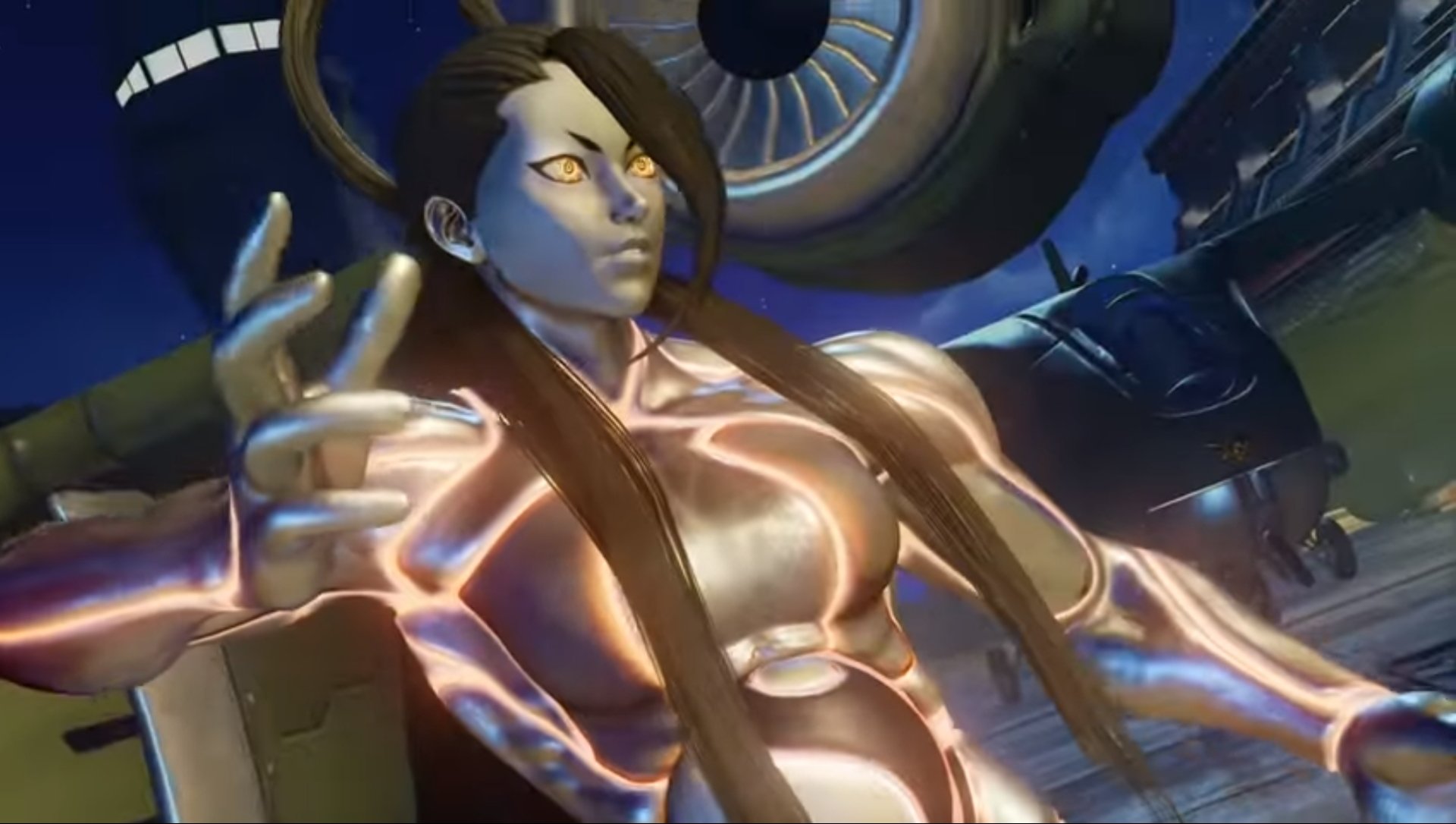 May the Fortnite be with you.

Street Fighter 4’s big boss Seth is set to return in the Champion Edition of Street Fighter 5, but now they’ve got a brand new body.

Announced during the Capcom Cup 2019 finals this weekend, Seth will join Street Fighter 5 with the release of the Champion Edition in February next year. Here's our first look at the new character in action:

Seth is a genderless being who took the form of a hairless, muscular man in Street Fighter 4. This time around, Seth comes with a new not-quite-as-muscular female body that appears to draw some inspiration from Juri, but you can also return to the male body of Street Fighter 4 with the Nostalgia costume.

Along with old male-body Seth, there are several other outfits available in the Champion Edition. You can choose between a sunglasses-toting Summer costume, a red Battle costume and a robe-wearing Story costume. Whichever you pick, Seth’s voice will remain the same.

In case you joined the Street Fighter series for the first time with 5, Seth’s whole deal is that he can copy the moves of other fighters. He’s no Android 21 from Dragon Ball FighterZ, mind, as he isn’t able to steal them mid-match. Instead, his moveset is an amalgamation of several other characters from the game. Overall, it results in Seth having one of the weirdest toolsets of any character.

Street Fighter 5: Champion Edition is due to release on February 14 and includes almost all of the characters and costumes Capcom has released so far for the game. That's a total of 40 characters, 34 stages and over 200 costumes. In addition to Seth, Champion Edition also sees the return of Street Fighter 3’s Gill, presumably to fill in Seth’s former place as the high on muscles, low on clothing man of the show. The Champion Edition will cost $29.99, or $24.99 if you upgrade from a previous version.