And no, it's not just more Untitled Goose Game. 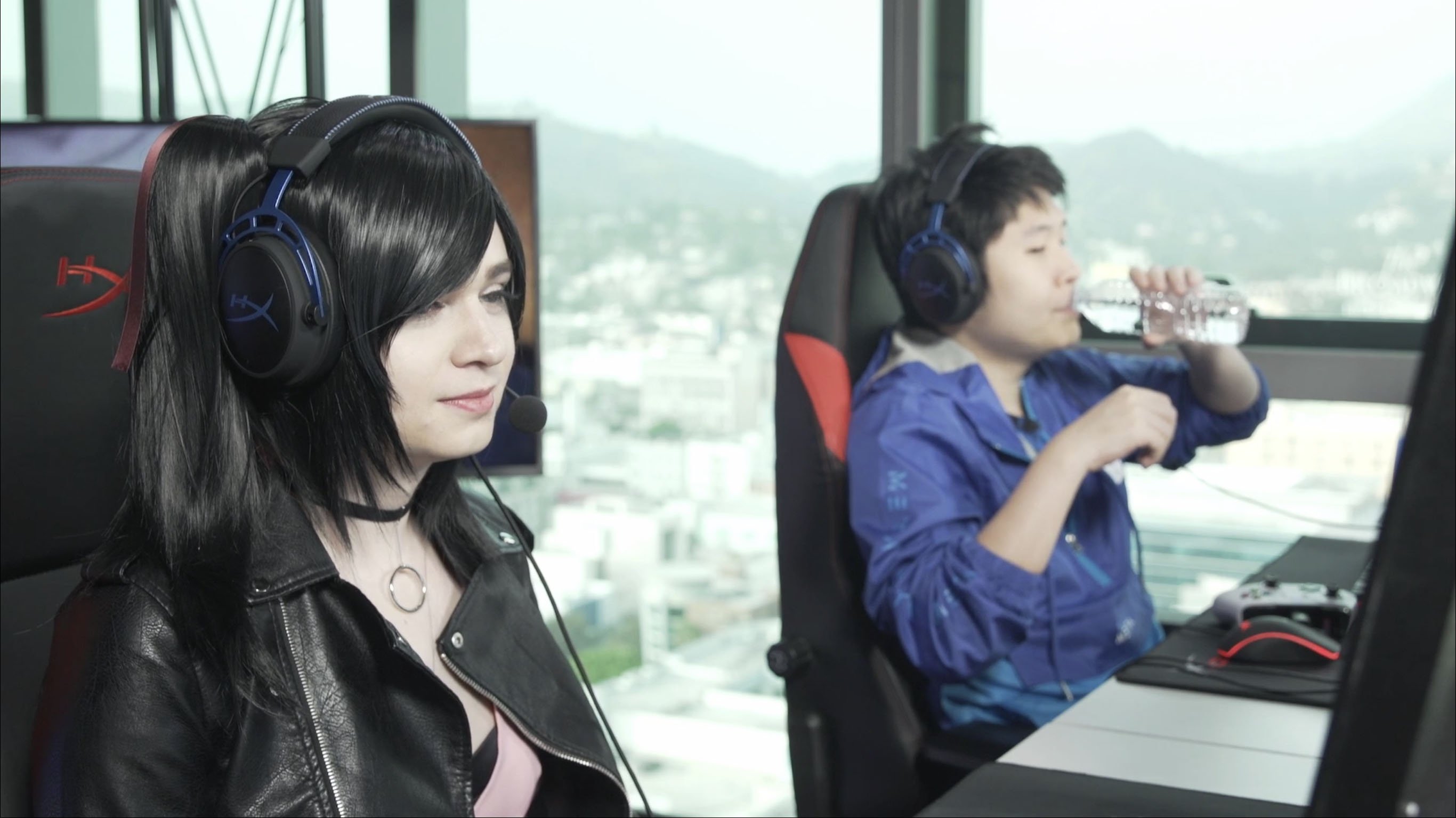 This weekend played host to the HyperX Charity Stream, a friendly competition between streamers and internet celebrities to raise money for Gamers Outreach.

While there were a few gaming competitions in the mix, there were also plenty of gags (literal and figurative) in real-world competitions, such as the spicy ramen challenge. Here are the highlights when Valkyrae, Fedmyster, Disguised Toast, Sonii and Pokimane did battle for charity this weekend. Wait...is that Pokimane?

Despite Pokimane's insistence she would turn up to lead a team, fans were bamboozled by Sneaky turning up in cosplay, but even that wasn't quite according to plan. The swap would have gone off without a hitch if it weren't for that Pokeball! Still Cloud9's AD Carry/cosplay expert didn't let the team down with a thread-perfect recreation of Pokemon Sword and Shield's rival, Marnie.

The teams, now featuring Disguised Toast and Marnie Sneaky as SneakyToast, and Valkyrae and Fedmyster simply as Team VED, began as a bit of a stomp with the stealthy bread duo sweeping clean wins across Overcooked 2, Niddhogg 2 and League of Legends. You might expect the LoL pro to take an easy win, so no surprises there, but even with a handicap of having to use a plastic hammer to hit their skillshots? Impressive win from Sneaky.

Is this how League of Legends tandems work now?

And despite the look of the 0-3 score at the halfway stage, most games weren't total whitewashes. Party favorite fencer Niddhogg 2 had some battles that were surprisingly tense back and forths! Never count out an enemy willing to throw their sword at you three times in a row.

WHO WON?!
Tune in to see @DisguisedToast and @Valkyrae 1v1 in Nidhogg

Sadly the comeback wasn't to be, and despite a dramatic reverse-suplex throw to keep Team VED in the game the scores finally bore out SneakyToast as the victors.

THE @Valkyrae and @DisguisedToast GangBeast 1v1 IS INTENSE!

That doesn't mean anyone got to walk away with a prize though, this is for charity after all, and what good deed goes unpunished? So, in solidarity, everyone lost the Spicy Ramen Challenge and were rewarded with some tongue-scorchingly hot noodle broth.

"IT BURRNNSS"
In the end, everyone had to feel the spicy pain How do you feel @Fedmyster, @DisguisedToast, @Sneaky, and @Valkyrae? pic.twitter.com/7eukQNIn9F

If you enjoyed the highlights here, check out the rest of the stream archive for more antics, or even betterhead to the charity auction where you can still give to a good cause to show your support.

There are still plenty of great prizes up for auction, including signed headphones (by the real Pokimane, not Sneaky) and Switch and PC bundles full of all the gear you'd need. All proceeds go to Gamers Outreach which is doing incredible work for sick children in hospital, and you can read more about their mission fromour interview with the founder here.