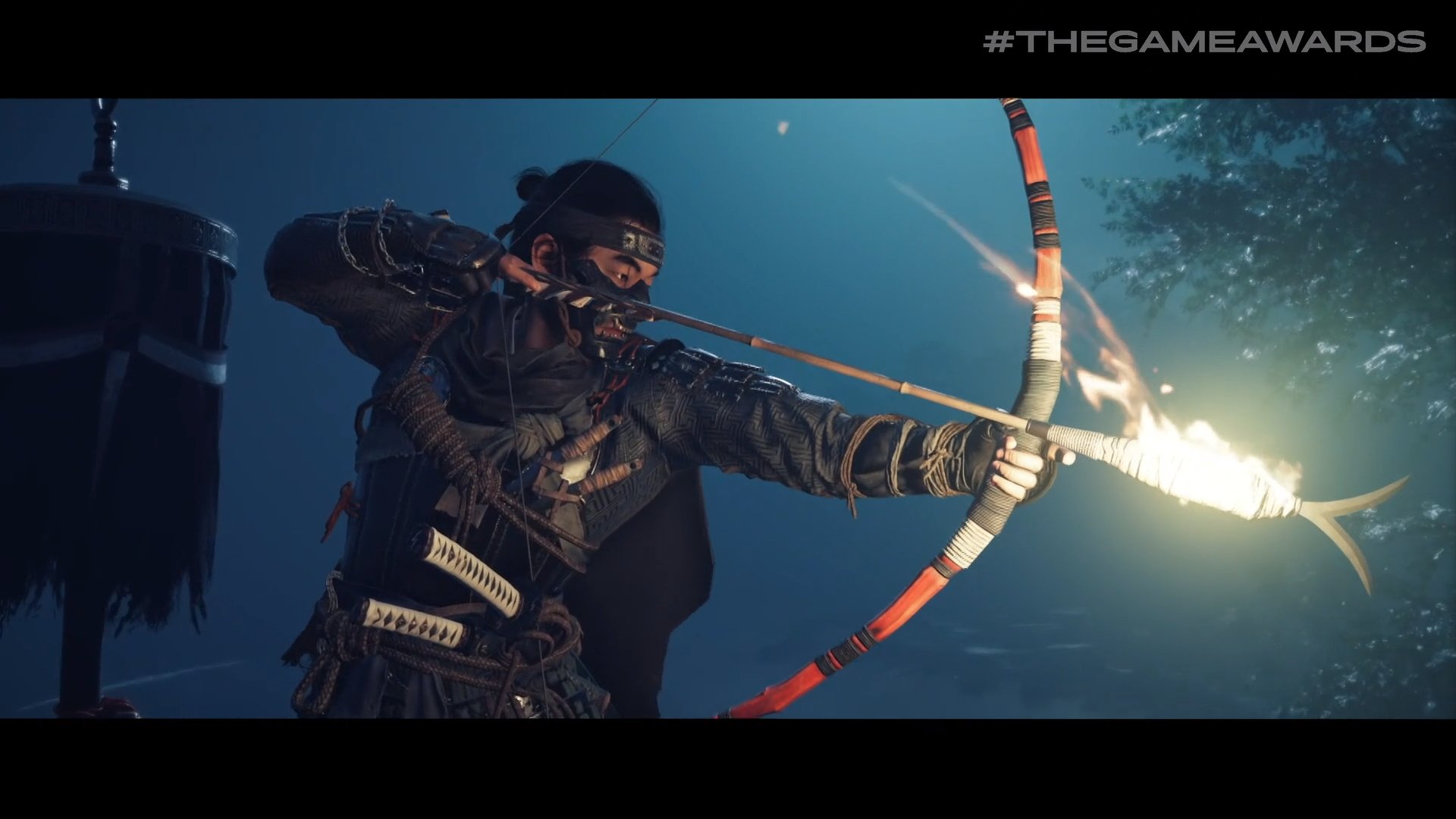 Full Ghost of Tsushima trailer shows more of your arsenal

Want some Gears with that XCOM? Coming right up, early next year.

Ghost of Tshushima will release in the summer of 2020, as a new trailer from The Game Awards shows us more of the arsenal you'll command.

More abilities, like flaming arrows, blinding sticky explosives and extra swords will help you cut your way through the Mongolians standing between you and whoever it is who has wronged you.

The full trailer, continuing the teaser from Sony's State of Play presentation earlier this week, was interrupted halfway through for a lovely live rendition of the theme music from the orchestra at The Game Awards.

A haunting performance by #TheGameAwards Orchestra for a haunting Ghost of Tsushima World Premiere Trailer! pic.twitter.com/PVsNDGW4mO

Set on Tsushima Island in 1274, the game revolves around the last samurai, Jin Sakai (played by Daisuke Tsuji), during the first Mongol invasion of Japan. Jin will have to master a new fighting style, the way of the Ghost, to defeat the Mongol Empire and fight for the freedom and independence of Japan.

Ghost of Tsushima was revealed two years ago, at Paris Games Week in 2017, but has since been (characteristically) quiet as the studio looks to complete it. Gameplay was shown at last year's E3, however as Sony eschewed this year's we've been denied an update on how it looks since then. If this CG is anything to go by, it looks like a solid first-party title for Sony's console.

If you enjoyed the Ghost of Tsushima release date trailer then check out more of our coverage of The Game Awards and everything announced at it.