How to play with friends in Wolcen: Lords of Mayhem

Slay monsters with a pal by learning how to play with friends in Wolcen: Lords of Mayhem. 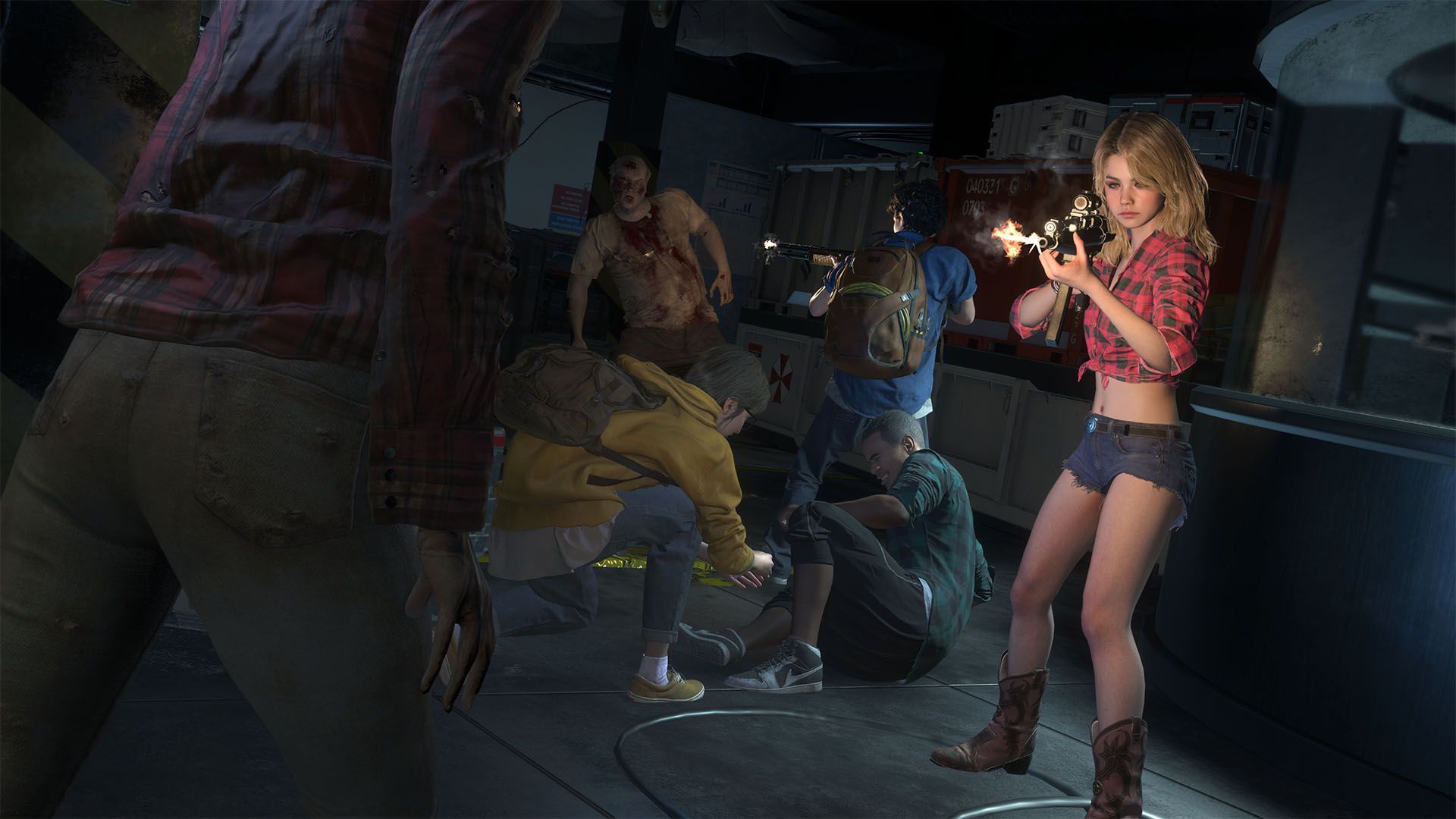 If you're too excited to wait until April 10 then check out the intro movie for FF7 Remake here.

Resident Evil Resistance is a new asymmetric multiplayer title from Capcom which pits four survivors against one mastermind. The cooperating band of survivors need to utilize their unique skills and working together to stave off hordes of undead as they try to escape from the Mastermind’s facility. The Mastermind, on the other hand, will be spending their time setting up traps and spawning in undead beasts to torment the trapped survivors. Each survivor and Mastermind has access to unique powers, so to help you get to grips with them all, we’ve put together a list of all Survivors and Masterminds announced so far for Resident Evil Resistance.

All Survivors in Resident Evil Resistance

A former boxer, Samuel has high health and is built for close-quarters combat.

A hacker investigating Umbrella, January can disable the Mastermind’s cameras.

A member of the Raccoon City Fire Department, Tyrone has a high defense and protects his teammates in close-quarters combat.

A Park Ranger, Becca is extremely capable with firearms and one of the best damage dealers.

A mechanic working for a medical appliance manufacturer, Martin can create traps to catch the Mastermind’s creatures out.

The hero of the story and lead protagonist of Resident Evil 3, Jill Valentine will be aded to Resident Evil Resistance in a post-launch update. We don't know anything about her abilities or class type, but you can bet we'll fight you for the option to play as her.

All Masterminds in Resident Evil Resistance

Description: "Spencer's personally employed fixer, Daniel has been assigned to support Alex Wesker in her virus research by procuring test subjects and preparing testing facilities. While Daniel is not a scientist by trade, he has exhibited a proclivity for his role, taking direct control of zombies to attack the Survivors head-on. He possesses many creature cards that have extremely high attack power, with energy costs to match. He is also the only one able to control the deadly bioweapon known as the Tyrant."

Daniel Fabron is designed to beat down the survivors through sheer aggression and damage. His hand of cards is filled with powerful monsters, and he excels at taking direct control to deal damage himself.

Description: "An extremely talented researcher in Umbrella's employ, Annette is a co-creator of the G-Virus, along with her husband, lead researcher William Birkin. She appears in this title as a playable Mastermind. Her acumen with bioweapons and viral research is on full display when she takes charge, as she uses injections to bring out the strength and abilities of the creatures she deploys. She can also call upon her own husband in his mutated form, and take control of G-Birkin."

Annette Birkin is best boosting her monster from behind the scenes. She's calable of powering up the creatures she summons with extra damage and other attributes to make them even more challenging to deal with. You may have met her husband, G-Birkin, during the story of Resident Evil 2.

Description: "Alex Wesker's responsibilities include acquiring subjects, carrying out experiments, and reporting findings to sponsor Mr. Ozwell E. Spencer. Her acute foresight contributes to the frequent and effective usage of trap-type devices to stimulate virus mutation. User and developer of "Yateveo," a plant-based bioweapon reminiscent of Ivy and Plant 42."

Alex Wesker's card set is designed around frequent deployment of traps, as well as her unique and deadly plant ultimate monster.

Description: "One of the founders of Umbrella and its current chairman, Ozwell E. Spencer refuses to face his own mortality. Deeply intrigued by Alex's reports of a virus mutation that granted superhuman abilities without altering the subject's physiology, he has decided to take part in the experiments himself. He uses inscrutable Umbrella technology to turn the battle in his favour."

Ozwell excels at delaying the Survivors, and can place a wall which blocks their path for a period of time.