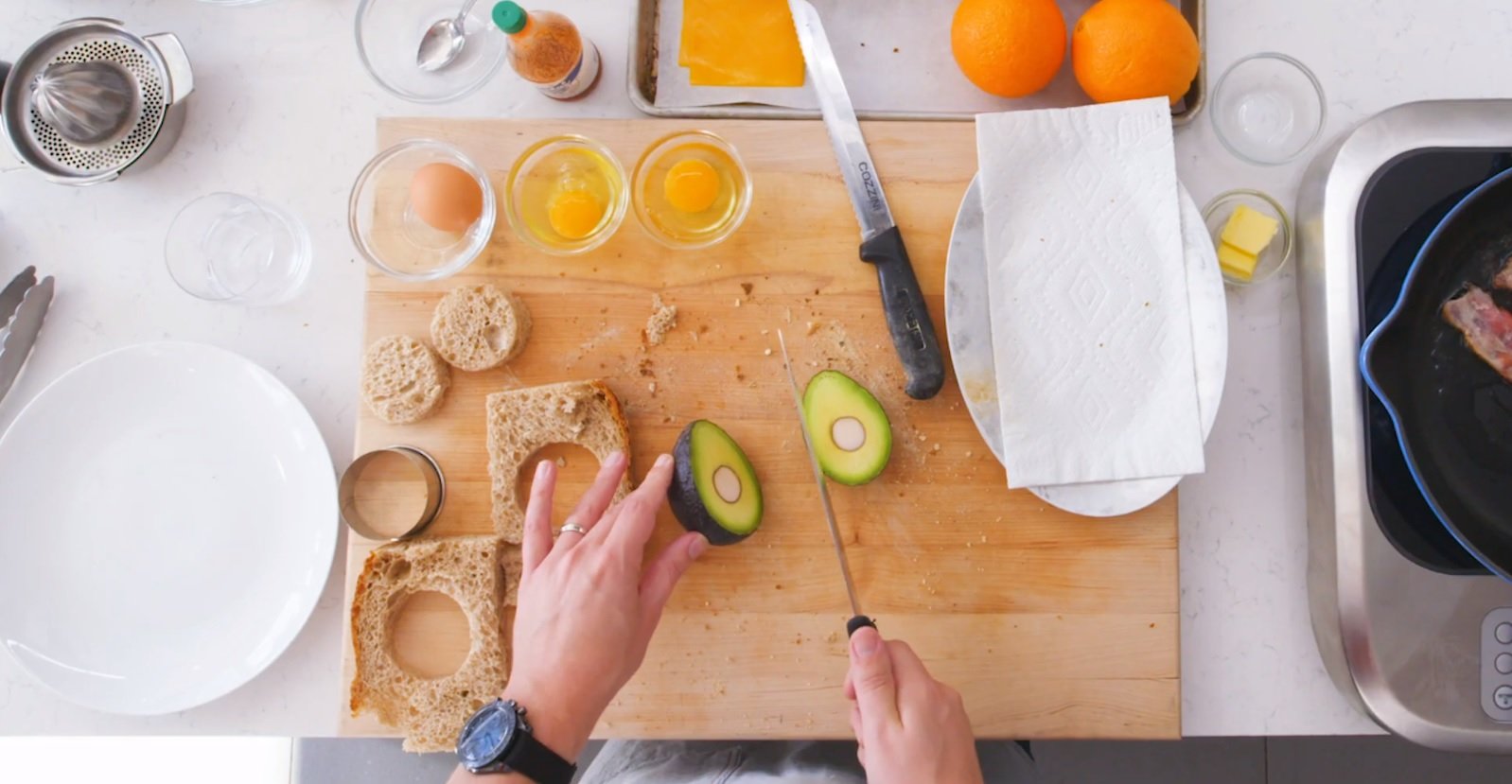 We're often drawn to streamers because they seem like down-to-earth, normal people who we can relax with while they play video games (often better than we can). But how down-to-earth do you have to be before you learn how to cut slices out of a loaf of bread?

That's the question we're left with after Tyler "Ninja" Blevins appeared on YouTube cooking channel Bon Apetit's Test Kitchen, attempting to make a simple avocado, bacon and egg breakfast sandwich. The Back To Back show revolves around competent chefs teaching otherwise less competent celebrities how to make a meal using only verbal instructions, with their backs to each other. Ninja's guide, Carla Music, tries valiantly to hide her confusion when the 28-year-old Fortnite star asks whether he's cutting a loaf of bread correctly.

After somehow deciding to cut along the entire length of the loaf, Ninja then starts in on the avocado and...cuts through the entire thing, stone and all. If you watch chefs at all – which Ninja claims he does right before slicing an entire loaf of bread in half like a Scooby-Doo sub – you'll see most will slice the avocado halfway and then rotate the knife around the stone before separating the halves and removing the stone whole, as Music demonstrates.

But Ninja's food fails aren't the only examples of streamers and esports pros demonstrating a serious lack of survival instinct. Back in their infancy, Team SoloMid had a few legendary cases of League of Legends pros being dangerously underprepared in the kitchen. Marcus "Dyrus" Hill once almost set the TSM team house on fire in 2012 by putting a microwave meal in for what he thought was 4 minutes and turned out to be 40 before going for a shower. His team mates returned from the 7-11 30 minutes later to find the smoke alarm blaring, everyone evacuated and an unusable microwave. The acrid plastic smoke in the air was still present when they recorded this vlog about the incident some time later.

However not even THEY are much better, as Reginald's co-pilot for this vlog, Brian "TheOddOne" Wyllie, was soon after treated for what many suspected as scurvy due to poor eating habits. The coach whom Reginald speaks of hiring in the above vlog posted an update about OddOne's health situation a month later, saying: "Right now he is banned from soda, junk food, microwave food and anything that he was regularly having. The oddone of old did not believe in drinking water. All he had was Arizona Ice Tea, Soda and Microwave dinner."

The age at which many of these gamers found themselves thrust into the public eye, or a team house, is often before learning lessons about how to take care of themselves. Combine that with the long hours required to improve your skills or stream to fans and it's unsurprising there are this many examples of pro gamers failing at basic cooking competency.

It goes without saying that eating nothing but junk food and drinking soda all day instead of water is not a healthy regime. And with more and more teams realizing the impact of diet on players' concentration and mental performance, team chefs are frequently being hired to prepare nutritious fuel for these digital stars. But for those watching, without the support of a big name org, you're going to have to learn how to cut an avocado yourselves. Pro tip: cut around the stone.