A Matter of Time: Where to find Osiris in Destiny 2

Learn where to find Osiris for the A Matter of Time quest in Destiny 2 Season of Dawn so you can claim your Lantern of Osiris. 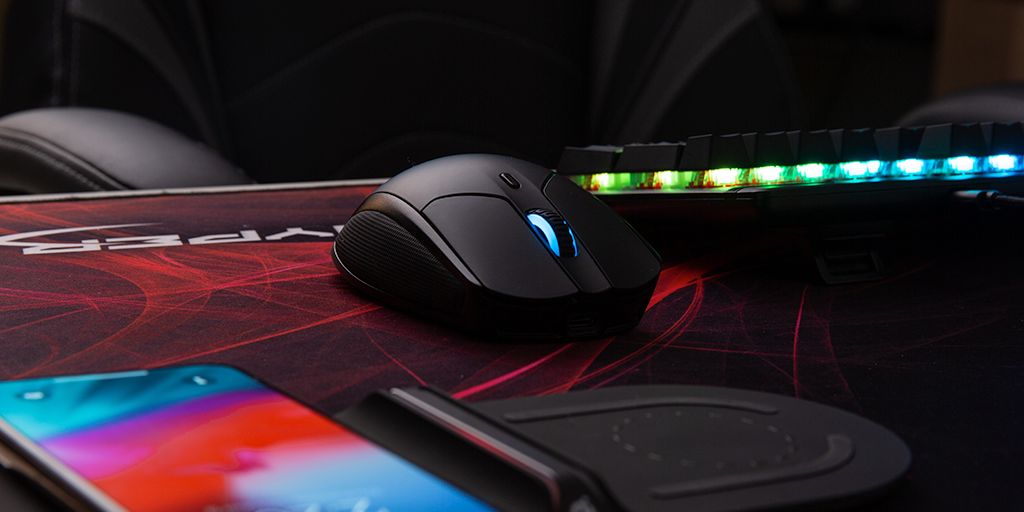 The Benefits Of Wireless Gaming Mice

Learn how to start and complete the An Impossible Task quest by hunting down all Vex Transformer locations in Destiny 2.

Despite it being the 21st century, many of us are still reticent to completely sever the tethers to our computer completely. The leap to adopt wireless gaming devices has been a little slower than other cord-cutting advancements like phones or laptops. Wireless gaming mice have been gaining a lot more support recently, and have become a much more attractive option since the days of those tiny novelty Bluetooth mice flooding every airport duty free shop. Here are a few reasons why you might want to give the new crop of wireless gaming mice a try on your setup, and we’ll examine some myths about them along the way.

Anyone with a PS4 controller will attest to the pain of running out of juice in the middle of a gaming session. At least while you’re on the PS4 your game might pause when it loses connection, which is more consideration than your PC will offer if your mouse dies mid-quickscope. We give thanks to the unfortunately early adopters, because after their painful tribulations years ago, advancements in battery life have come to wireless mice. Technological  leaps in battery capacity, energy density, and energy efficiency means that the Pulsefire Dart, for example, boasts up to 90 hours on a single charge (if you can bear to turn off those luscious LED lighting schemes). Other advancements like wireless charging mean that with a compatible mouse and a Qi-certified mousepad or wireless charger, like the HyperX ChargePlay Base, you can conveniently keep your mouse topped up when you’re AFK.

Unless you’re a pro player who has invested in a mouse bungee, chances are at some point you’ve become frustrated by your mouse cord getting stuck while gaming. The freedom of no wire removes this occasional annoyance while still providing you a robust, reliable connection. The jump in processing power and the advent of 2.4GHz wireless means that latency has dropped to near-wired levels. If you can notice the 1ms delay on most of these modern day wireless connections you might want to consider enrolling in Professor X’s school for the gifted.

Most people consider wireless versions of high-quality tech to need to compromise on some aspect of their function. However wireless gaming mice are remarkably simple devices when you break it down. Aside from the variable specifications such as the sensor or switch types used in a mouse, its ability to do its job well is defined by a couple of measurements: polling rate, and DPI. The DPI (dots per inch) is essentially the resolution of the mouse’s sensor; a higher resolution gives you more options when finding a sensitivity which works well for your natural aim. The polling rate is how often a mouse reports its position, speed or any other input that might affect the control of the cursor to the PC. In wireless gaming mice, these two specs are now functionally indistinguishable from wired mice. For example, the HyperX Pulsefire Dart has a polling rate of 1000Hz (1ms) and native DPI settings as high as 16000. This is functionally indistinguishable  from high-grade wired mice such as the HyperX Pulsefire FPS Pro and the HyperX Pulsefire Surge. Wireless parity has arrived.

On top of having the freedom of not being tethered to your PC, it’s equally simple to bring it to any LAN you might be competing in, or a friend’s house for a game night. Just take the small dongle and the mouse and go. You don’t have to worry about tangling up the cable or fraying it while you stuff it in your pocket.

The weight difference, a common complaint among early wireless gaming mice, is now negligible, as well. The Pulsefire Dart weighs just 110g on its own, while still providing up to 90 hours of battery life* (w/LED off), and Qi wireless charging compatibility, which is a pretty impressive balance between features and weight. Some people prefer a weightier feel to their mice, but the point is that a modern wireless mouse doesn’t have to feel like dragging an early prototype mobile phone across a desk.

While there were many reasons to avoid wireless gaming mice in the past, technology has mercifully done away with them, making this a great time to try cutting the cord for good.

*Battery life varies based on usage and computing conditions.