Game soundtracks that had no business being this good because their games weren't. 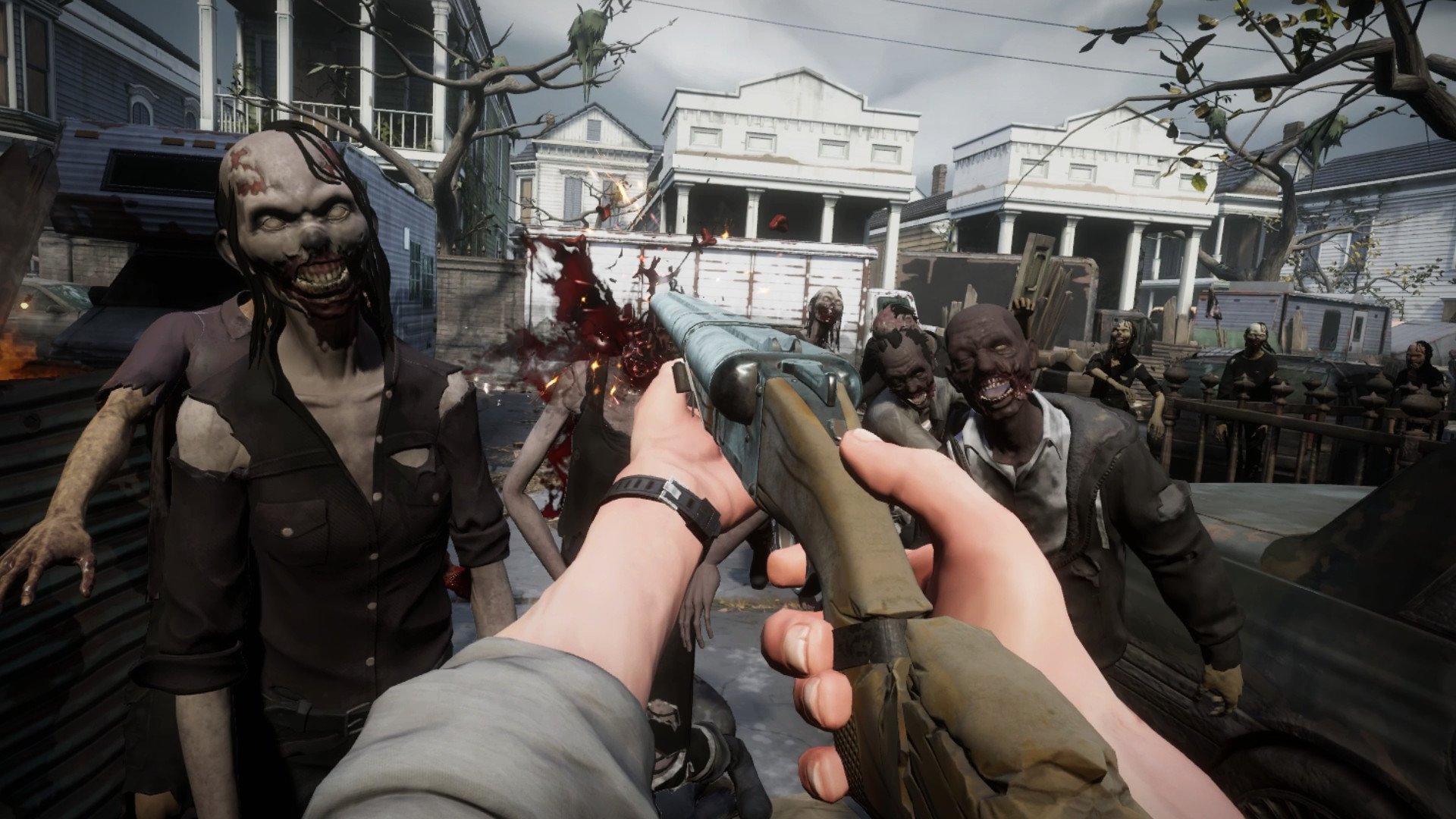 Snag the Walking Dead: Saints & Sinners with a free Oculus headset in this VR giveaway

Get ready for some exciting reveal trailers at The Game Awards 2019.

VR is expensive. Too expensive for many. Thankfully, Skydance Interactive understands our plight and has set up an impressive giveaway to promote their upcoming release The Walking Dead: Saint & Sinners. Not only will you get your hands on a collector's edition of the game, Skydance Interactive and Greenlit Content's giveaway includes an Oculus VR headset to play it on.

Worried your PC wouldn't be good enough? You're sorted there too as Skydance has thrown in an 8th generation Core i7 Intel processor to ensure you can run the game it its best. Oh, and there are also a bunch of sweet physical items to win as well, which you're bound to need if you want to have any hope of surviving the zombie apocalypse.

Interested? All you have to do is click to sign up for the giveaway on gleam.io below. Unfortunately the deal is only open to those in the US, but if you are then then hoo boy is it a good one. Here's the full list of what's included:

The grand prize is due to be awarded on January 15, 2020, so be sure to get your application in before then. Not feeling lucky for the main draw? SkyDance Interactive will also be doing weekly giveaways to anyone who enters, offering out game codes, processors, backpacks, osters and mode. Put simply, you really shouldn't miss this one. So get your butts over to the Saints & Sinners VR Prize Pack Competition page and sign up to be in with a chance for all of that stash.

The Walking Dead: Saints & Sinners gives you the chance to forge your own path in the famous world of the comics and TV show. Set in New Orleans long following the zombie outbreak, it's up to you to scavenge, for supplies, make friends and, ultimately, fight to survive. Will you help those around you as a saint, or work to your own interests? With several different factions to side with, you won't find many choices to be outright black and white.

A full VR experience, early gameplay footage of The Walking Dead: Saints & Sinners shows off visceral, physical combat against the undead stalking the streets, with clubs, machetes and improvized weapons lodging unpleasently into foes struck. But, as with the show and and comic, it looks like it's the other inhabitants of this ravaged and ruined city that could prove to be your most dangerous enemies.

The Walking Dead: Saint & Sinners is due to release January 23, 2020 for HTC, Oculus and Valve headsets. Sign up for you chance to win a free copy by clicking here.