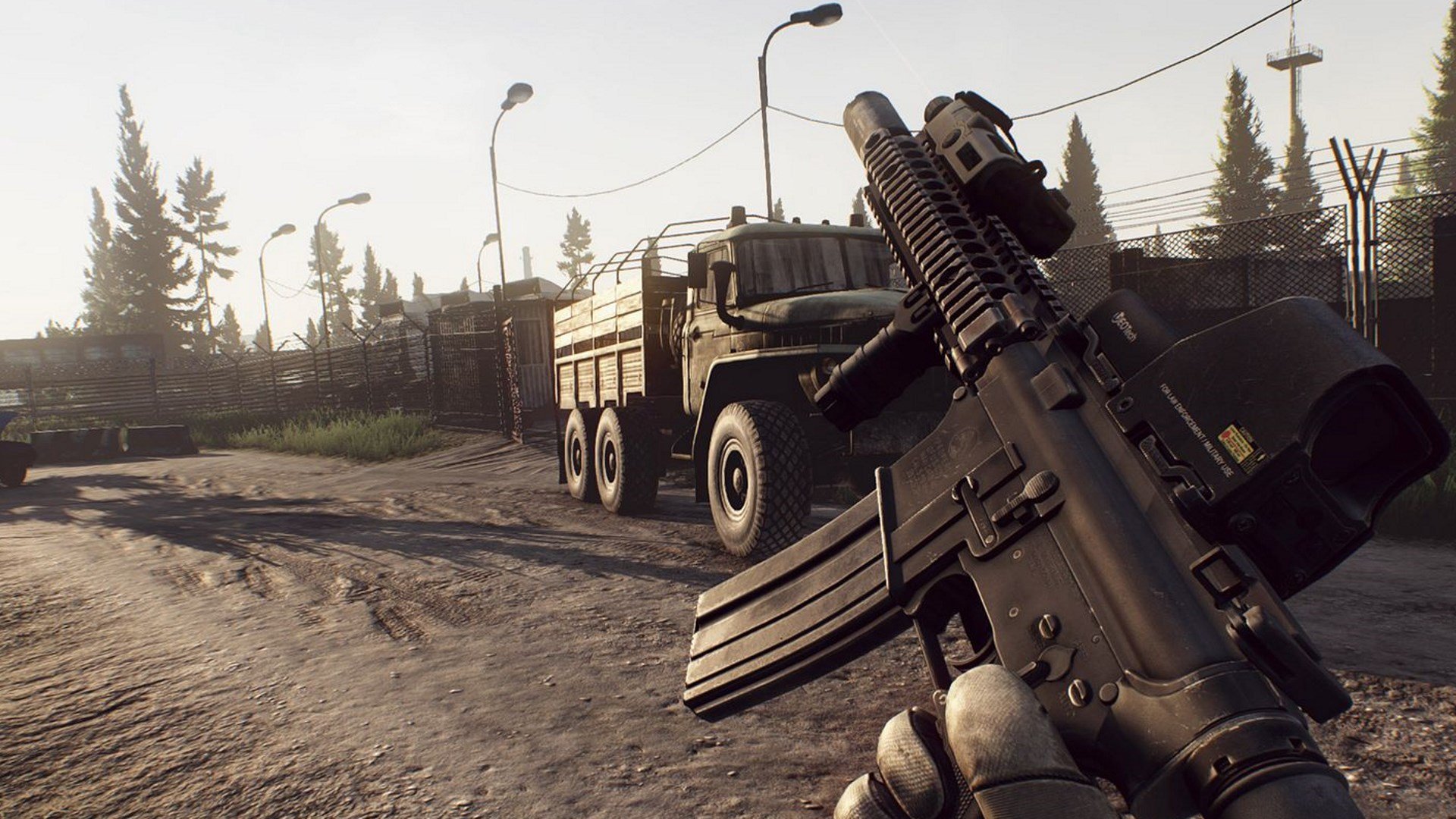 Bored of PUBG? Try these multiplayer games instead

So you’ve been hooked on PUBG. It’s okay, we’re right there with you, diving (and dying) over and over just to earn that chicken dinner. It’s safe to say that we’ve been a little bit addicted these last few months, but sometimes it’s important to branch out and try something new.

Whether you’re tired of Kar98k headshots, fed up of going hungry, or you’re so hooked that if you don’t try something else soon you’re worried you might actually wake up in Erangel, read on to discover the perfect games to move onto after you’re done with PUBG.

If you can’t bring yourself to stray far from the Battle Royale vein, the obvious follow up is Epic Games’ colorful, third-person shoot ‘n’ builder. The art style might put off fans of PUBG’s more realistic and gritty aesthetic, but the unique building mechanics and entertaining gunplay make this well worth checking out. The game *cough* adopts many of PUBGs core mechanics, so making the jump over won’t cause too much confusion.

You won’t find any vehicles in Fortnite’s vibrant land, but the pace of the game is ramped up so much that you’ll hardly have time to feel they’re missing. It may not replace PUBG in your heart, but it’s great to try a different flavor of the Battle Royale formula. Best of all? It’s completely free. The Battle Royale portion of Fortnite will cost you absolutely zilch, letting you spread your wings in the genre without worrying about investing any cash.

Ubisoft’s tactical team shooter is still going strong, and offers and experience unlike anything else on offer. It’s a great time to get into the game too — It recently broke 25 million total players, has just entered its Year 3 update schedule, and even has a co-op event to be revealed in February. Siege is one of the most impressive stories when it comes to multiplayer titles, and one that any fan of shooters should have at least given a try.

If you need a break from direct competition, grabbing three friends and jumping into the co-op Terrorist Hunt is a brilliant way to kill a few hours, laying waste to NPC goons as you carefully clear your way through a bank, favela, snowy cabin and more. It takes a while to unlock the game’s full range of operators, but each offers a unique set of skills and weaponry you’ll need to invest time in to master. If you’re looking for a change and haven’t tried out Ubisoft’s stalwart from 2015, make this the year you finally take the plunge.

We don’t normally cover PC-only releases, but EFT is such a novel and challenging beast that we’re hopeful it’ll make its way to consoles in the long run too. If PUBG isn’t hardcore enough for you, Tarkov might be right up your alley. Jumping online, each games fits you into one of two, rival military groups. In a small squad you’ll need to navigate the world and outgun other groups of players as well as the NPC scavs. Gear is persistent in the world, meaning anything another player is carrying, you can take when they’re killed. The catch to this is that you’re only able to keep your loot between matches if you successfully reach one of the level’s exits. The concept is a little harder to relate than PUBG’s 100-player brawl, but it shares the same tense atmosphere, and death can arrive just as sudden, and even more brutally.

It’s a complex and ambitious game, with a wide number of realistically modelled weapons and attachments. You’ll need to learn maps well, carefully manage your inventory, handle locational damage. There are a huge range of perks to upgrade, and players can even choose to play as one of the NPC scavs to catch others out. Escape From Tarkov is far from a casual game, but if hardcore is your style, this is a game well worth checking out. Currently, EFT is in Beta, and only available on PC directly from the developers, Battlestate Games. We’ll keep you informed if anything changes on that front.

According to the publishers, PUBG is personally responsible for LawBreaker’s failure. Perhaps now is a good time to find out what we all missed out on? Actually, on second thoughts, considering those player numbers and that Nexon have axed all support, it’s probably best to skip this one.

Look, we know it’s not an FPS, but Mario Kart 8 is the best game the series has seen in a long time, and playing it over the holiday break reminded us just how good the game is, especially when played online. The selection of tracks is fantastic (seriously, Shy Guy Falls might just be our favorite new track) and the soundtrack, I mean just listen to it! Sometimes you need a break from all that killing, and Mario kart 8 played alone or with friends is the perfect multiplayer escape. Plus, we also think PUBG could learn a thing or two from Mario Kart 8’s Moo Moo Meadows. Erangel’s open fields could really do with some adorable cows. They’d certainly make for a nice alternative to crash into instead of hay bales. Look, if that wasn’t enough to convince you to play Mario Kart again, here’s the sweet sweet Big Blue tracks recorded for the game’s DLC pack (included on the Switch release)