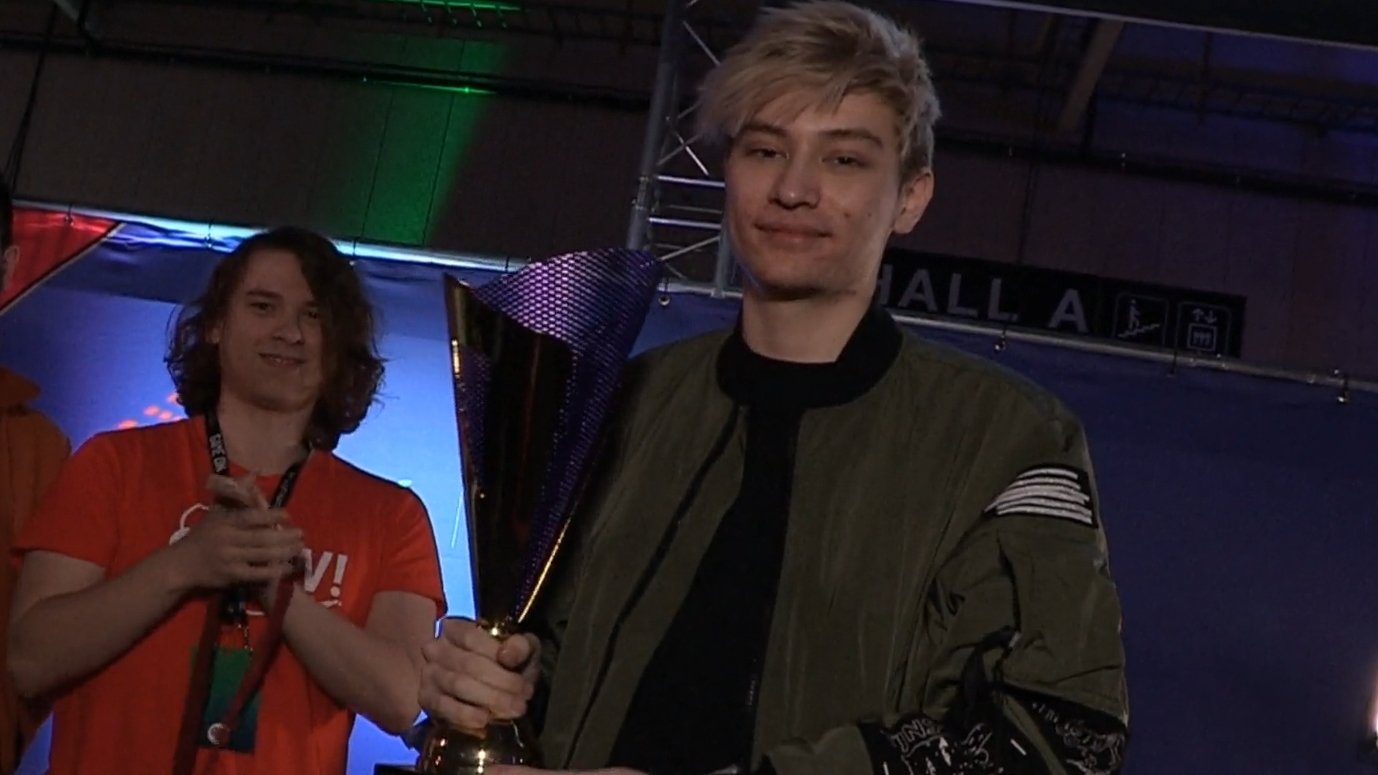 Link Mario can block with a shield, fire arrows and thoss bombs. All you need is a Master Sword!

The Grand Finals showdown saw Leffen arriving from Losers side, faced with the challenge of winning two sets against Ramin "Mr.R" Delshad, the very same player who’d knocked him to the Losers side earlier in the tournament. The Swedish multi-game star was certainly up to the task however, swapping between Pokemon Trainer and Terry as he secured the six victories necessary to claim the crown. Here’s the full match:

You can watch the full day's events over on the Dreamhack Twitch page.

The victory is a huge win for Leffen in Ultimate, closing out a year in which he’s picked up several wins against highly ranked players while also competing in Melee. It’s extremely likely that Leffen will have earned his place on this year’s Panda Globals top 50 rankings, yet whether he’ll continue to compete is, at best, uncertain.

Leffen has never been one to hold back his thoughts about games or players, especially on social media, but Dreamhack Winter 2019 has proven to be one of his most explosive when it comes to Ultimate. The course of the tournament saw Leffen vent his frustrations over many aspects of the game, even saying his couldn’t “wait to be out of this tournament” and describing the highest level of Smash Ultimate competition as “torture”.

Headed home from Dreamhack now, feels good to end this Ultimate arc on a win!
Not going to be making any promises but in the near future my focus is not going to be on competitive ultimate.
I'll be streaming it sometimes still, but main streams are going to be Melee+variety.

Comments following the win toned down somewhat, with Leffen promising to improve on spewing so many complaints in future. However, even a large win under his belt can’t repair the problems Leffen has with Ultimate, and it sounds like he’ll be considering long and hard whether he’ll continue to compete in future.

“Not going to be making any promises but in the near future my focus is not going to be on competitive ultimate, “ Leffen'sTweet reads. “I'll be streaming it sometimes still, but main streams are going to be Melee+variety.”

It’s certainly a shame from a spectator perspective given the quality of Leffen’s matches during the tournament, but we’d honestly rather see talented players passionate about the titles they compete in. Regardless, as Leffen has proven with Melee, Dragon Ball FighterZ and now Ultimate, whatever competitive scene holds his focus in future will be in for one heck of a challenger.