Gaming, football and soccer unite as Dele and JuJu link up in the HyperX gaming house

The Pittsburgh Steelers wide receiver and Tottenham Hotspurs midfielder met up to play FIFA, chat and share their love of gaming at the LA HyperX gaming house. 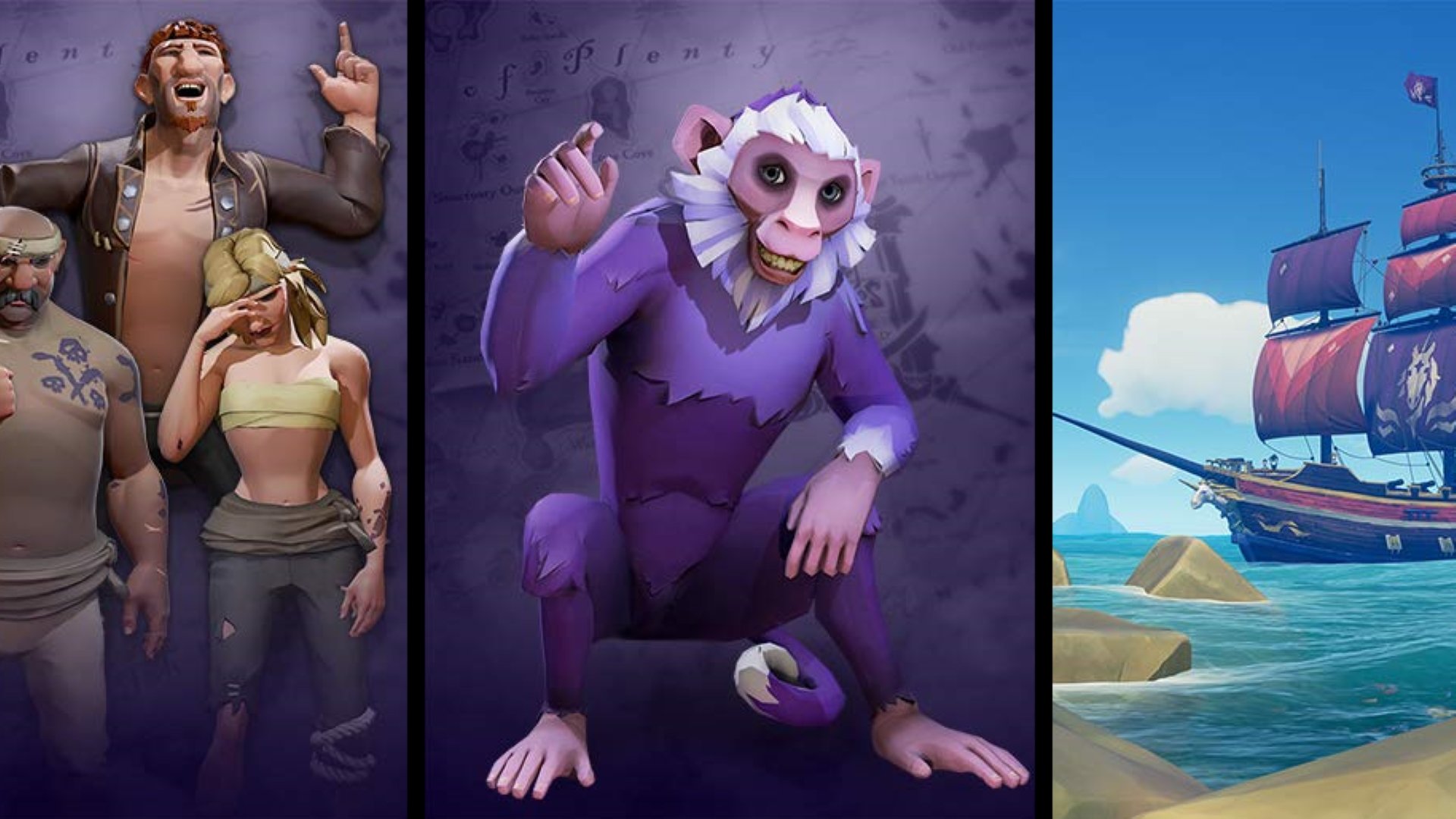 What TRs are for in Pokemon Sword and Shield

Explaining the difference between TRs and TMs in Pokemon Sword and Shield.

Twitch Prime subscribers can now grab themselves a free pet in Sea of Thieves as part of a new promotion.

Pets are a pretty new addition to Sea of Thieves, arriving as part of the Pirate Emporium. They’re expensive companions though, purchasable only through the premium Ancient Coins currency. Fortunately, for Twitch Prime subscribers at least, it’s possible to grab one at no cost whatsover.

The Twitch Prime Pirate Pack is the latest promotion from the streaming service, and it grants the Amethyst Soul Capuchin Monkey as a companion on the waves. Of course, this being a Twitch deal, the monkey is a bold purple color, but hey, free is free.

A new monkey pal isn’t the only thing waiting for you if you claim the Twitch code. You’ll also be granted three new actions from the Competitive Emote Pack (Feeling sad, Pay Respects and Let’s Go). Finally, you can also deck your ship out in new colors thanks to the unicorn themed sails, figurehead and hull of the Celestial Steed Livery set. Here’s the full run of what’s included:

Put simply, if purple is your pirate color of choice, this Twitch Prime pack is for you. To claim it, click here and visit the Twitch Prime rewards page. Click Claim Now on the loot bundle and log in if required to link your accounts and secure that capture that delicious stash (not literally delicious, please don’t eat your Twitch monkey).

Aside from Twitch promotions, Sea of Thieves has a lot going on with it right now. The Seabound Soul DLC announced at X019 is now live, letting players explore a new Tall Tale which fallows Captain Pendragon and the mystery of the Ashen Dragon ship.