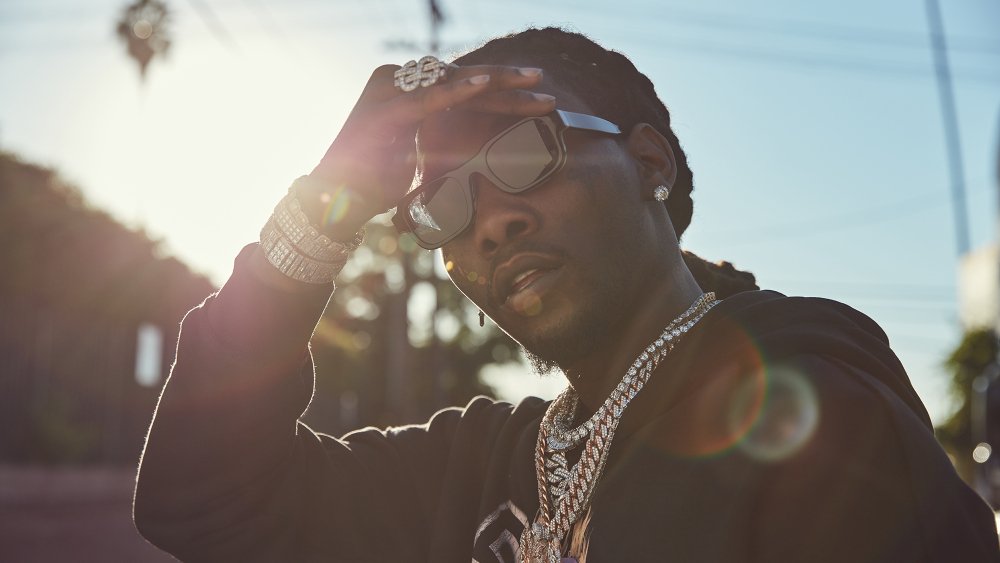 Celebs and athletes you didn't know were streamers

The best thing about streaming is how it gives you insight into how your favorite gaming personalities like to play. But it's not just the Shrouds and the Ninjas of the world who are out here showing off impeccable aim. In among you, me and all the other basic humans trying to keep our potato aim under control, there are celebs and sports stars who get a kick out of gaming for an audience too. A few of them might surprise you, so here are some celebs who you might not know streamed games.

At the tail end of 2018, award-nominated rapper Lil Yachty was welcomed to the FaZe Clan. "FaZe Boat" has come on a long way since his first attempt at streaming above, and now he's a natural in front of the webcam – as he should be after performing on stage to millions of fans on tour throughout the year. Due to that touring schedule, Lil Yachty's streaming schedule has become a little erratic in the past but he still goes live on Twitch now and then with FPS games like CoD and Rainbow Six Siege.

One third of rap group Migos, and Cardi B's other half, Offset is used to the limelight. In October he signed up with rookie streaming service Caffeine to play some of his favorite games and bring clout to the Twitch competitor. Part of his content deal with the site includes a show where Offset competes against other celebrities for prizes and fun, so you might see some of your other favorite faces there, too.

Steelers wide receiver Juju has been inseparable from video gaming even after making his rookie debut in the NFL. Just before his first game he took time out to bond with a young fan over their shared love of games, and he keeps that spirit alive in his Twitch stream. After partnering up with Ninja for a few duo drops, you may know that he's heavily into Fortnite. But CoD and (of course) Madden are never far from his launch bar either.

Alexandria Ocasio-Cortez has been billed as the millennial politician ever since she was elected to New York's 14th congressional district after waiting tables, bartending and interning on campaigns for years after college. She continues to maintain her cultural ties to Normal People by streaming Among Us on Twitch, or appearing on charity streams such as the wildly, out-of-control successful Hbomberguy Donkey Kong 64 marathon/punishment.

As a supremely talented guitarist for the band Dragonforce, Herman Li has toured the world melting faces and shredding axes with his incredible solos. His love of gaming extends to even replicating some of the most iconic noises in games as part of the band's biggest hits. It's amazing what you can do with a guitar and an untold number of wasted quarters at the arcade. Herman has a pretty rigid schedule on Twitch, even in between tour dates, and likes to mix some performing arts streams in with his gaming.

Terry Crews has had an incredible career. NFL player, actor, Old Spice man, and Crackdown agent. There was that period he was rumored to be the new Overwatch character Doomfist as well, but even when that didn't pan out his attachment to gaming has been unshakeable. He's a huge tech head and builds his own PC, claiming that it gives him more POOWEEERRRRRRR. He has a Twitch channel, but prefers to stream on Caffeine, giving a shout out on Twitter before he starts. And it can be anything from Rocket League to...himself.

The 22-year-old Filipino-American make-up king is dipping his toes into the streaming game via the antics of OfflineTV's gang of friends. After amassing millions of subscribers on YouTube and Instagram for his make-up tutorials, the Hawaii-based influencer joined Poki, Fuslie and co for some Among Us rounds, proving to be a somewhat successful impostor. Must be all the practice he's had of putting on disguises, or as most people call it: concealer.

You may not know Limmy for his dark, surreal comedy but you'll recognise his extremely memeable face. Brian Limond has had a series of comedy shows on British television as a result of BBC Scotland agreeing to give him airtime. Many of Limmy's sketches, Vines (remember Vine? It was like TikTok but good) and other internet comedy vehicles have been entertaining us for years, but he's only recently made streaming on Twitch his full-time performance medium. He streams pretty much anything after starting with CS, though he's since hung up his gun after being relentlessly owned multiple rounds in a row. Now you'll find him driving trucks across northern Europe or doing live improv sketches with on-the-fly multi-camera production. He also makes a mean techno remix cover.

Posty is such a fan of gaming that his now annual festival (it's happened two years in a row, that's annual baby) PostyFest featured a CoD tournament with the winner being announced on stage. You might recognise his undefinable genre of musical melodies from such incredible films as Spider-Man: Into The Spider-Verse, further cementing his geek cred. Post Malone has been on hiatus for a while as he has many other things to be getting on with, but used to stream on Twitch.

UFC star Demetrious Johnson is a true variety gamer. From PUBG to WoW to Mortal Kombat and CoD he also enjoys retro games like Zelda 2 and may even sometimes be persuaded to play UFC on stream. He doesn't take things too seriously, and likes to joke around with his celebrity status as he knows that no everyone follows UFC closesly. You can find him streaming on Twitch with the occasional IRL stream, too.

Right, if you are under 18 then this might be a stretch for you but: Remember Freddie Prinze Jr? He's back! In stream form! The actor famed for a string of roles in teen movies throughout the 90s has aged into a gig where he plays games on Twitch and YouTube and is extremely respectful? Like the YouTube channel is called Good Evening, Good Game. That's so wholesome. If you enjoyed Freddie in the Scooby-Doo movie, or She's All That, or the I Know What You Did Last Summer movies then check him out on Twitch. Also we've just found out him and Sarah Michelle Gellar (Buffy The Vampire Slayer) are still married, just a lot of very wholesome learning going on here.