How to get Double Jump in Star Wars Jedi: Fallen Order

Follow our guide for how to get Double Jump in Jedi: Fallen Order and you'll get this valuable power in just a hop, skip and a force jump. 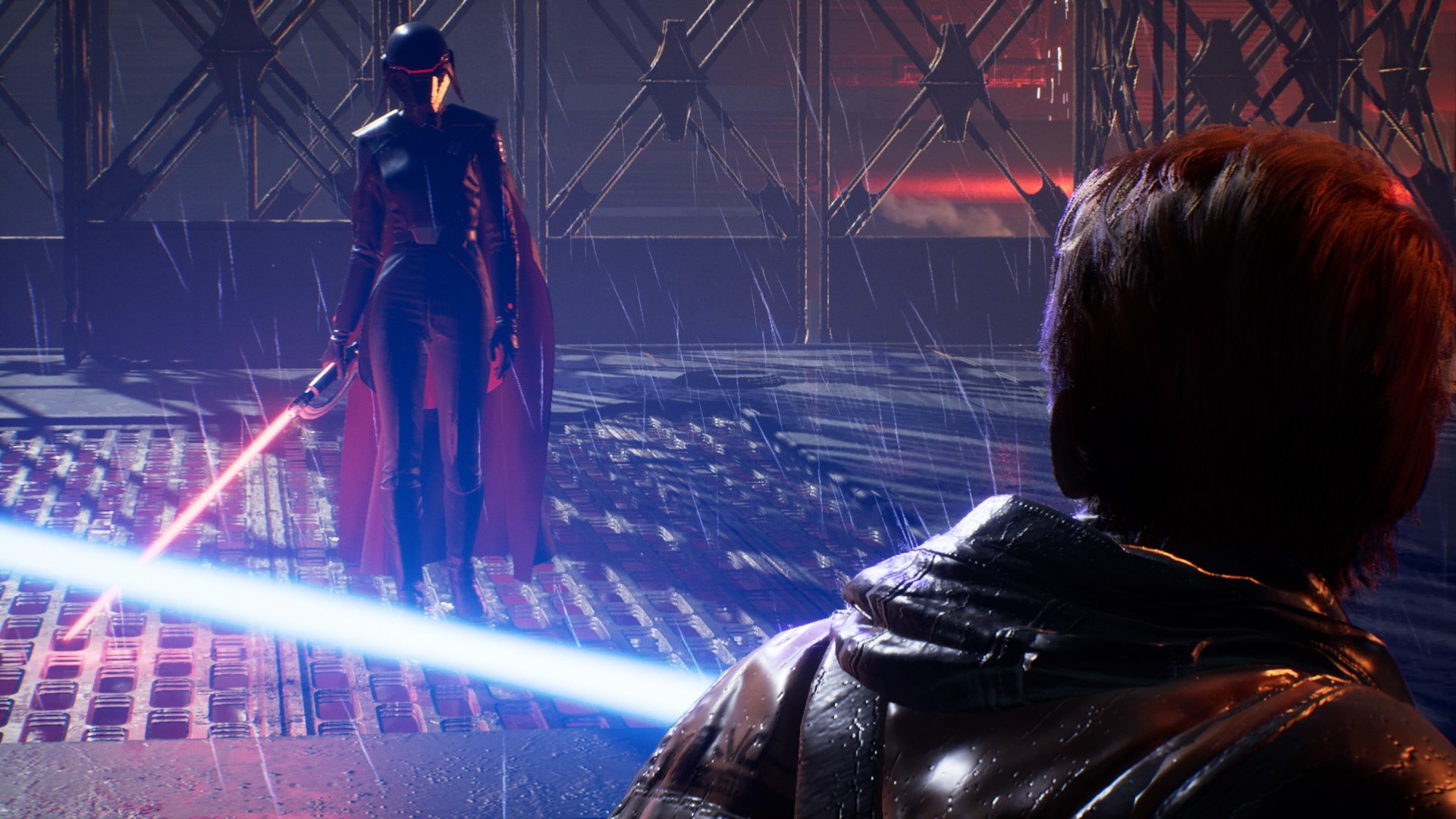 Blocking will only get you so far in Star Wars Jedi: Fallen Order. If you’re far from an experienced Dark Souls or Sekiro player, stepping into the combat of Fallen Order might be a bit of a shock, but with a bit of guidance it won’t be long before you’re a true Jedi Master, whirling your lightsaber to and fro and you slice, dodge and counter enemies. If you want to excel, it’s vital you start by learning how to parry in Jedi: Fallen Order as doing so will break your opponent’s block meter, stunning them and opening them up to attacks. Let’s get to it.

Parrying enemy attacks will reflect many ranged attacks, damage your opponent’s block meter, and will also stop you from losing any of your own defense meter. In addition, certain soldiers and monsters can be defeated instantly if you land one or a sequence of parries. In short, it’s a vital skill to learn. Even better, if you grab the Double Bladed lightsaber then parrying one ranged shot will let you reflect multiple just by holding the button down.

To Parry in Star Wars Jedi: Fallen Order, you need to hit and hold the block button (L1 on PS4, LB on Xbox One, and Right Click on PC) shortly before the enemy attack lands (roughly half a second or less). How long you have to time this depends on the difficulty you’re playing on. Higher difficulties don’t just increase enemy aggression, they also reduce the parry window, meaning you’ll need to be all the more precise.

On the Jedi Master difficulty, we found the parry window fairly generous compared to titles like Dark Souls or Sekiro, but it’ll still prove very tough for those used to hack and slash titles. It’s worth noting that you can’t mash the block button in a hope of parrying, each time you let go of the block button you’ll have a lengthy window in which you can’t block again, meaning you’re bound to take damage. If you find you’ve blocked too early, hold down the button, take the hit and try again for a parry on the next attempt.

While you’re out practising, you’ll quickly discover that you cannot parry unblockable attacks in Star Wars Jedi: Fallen Order. These are easily spotted by the enemy glowing red. You can interrupt some of these attacks, but generally you should hold off on the attacks and get ready to dodge or roll if you see one coming.

That’s pretty much it when it comes to learning how to Parry in Star Wars Jedi: Fallen Order. There are no secret shortcuts here so, just like Cal, you’ll need to put in the effort and train your timing. After more Fallen order tips? Try some of these guides:

Back after learning how to Parry? Find more tips, tricks and content on our Star Wars Jedi: Fallen Order guides hub.