No items, fox-ear filters only. 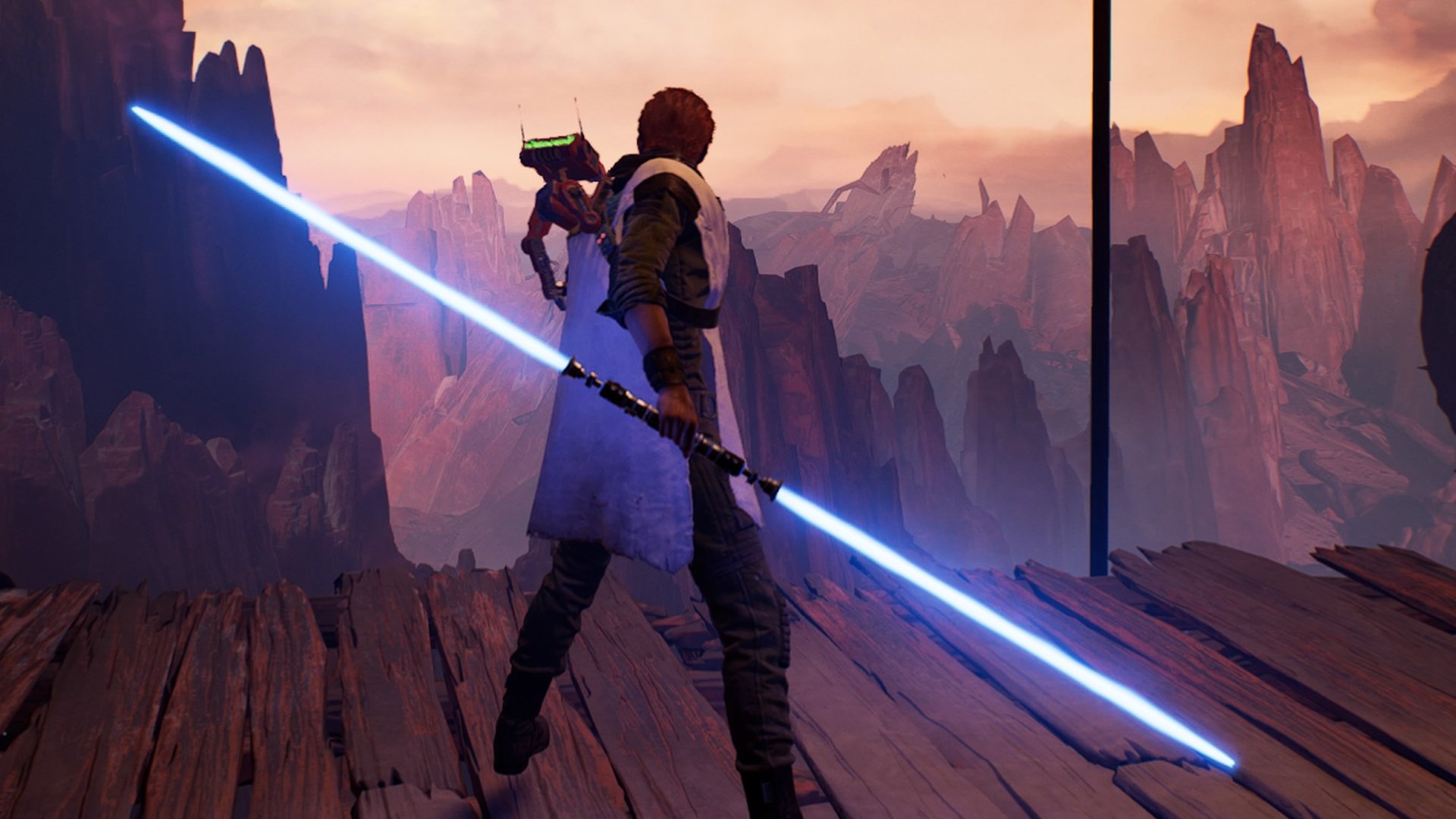 Leaked transcripts reveal Half-Life: Alyx will be a VR game with a trailer released by Valve in March next year.

Swoom, swishh, cszzz. Lightsabers are cool, eh? Well the only thing cooler than one lightsaber is two, or perhaps two lightsabers in one. Star Wars Jedi: Fallen Order includes plenty of customization options for your magical beam sword, including the chance to add an entire extra stabby bit if you find the double-bladed lightsaber. If you’re up for a bit a of a challenge, you can actually grab this upgrade pretty early in the game. Want to know how? Read on to learn how to get the Double-Bladed lightsaber in Star Wars Jedi: Fallen Order.

Fittingly for the weapon made iconic by Darth Maul, the double-bladed lightsaber is found on the planet of Dathomir. This world is far from easy, but you can actually get the double-bladed lightsaber much earlier than you might expect. As soon as you gain access to interplanetary travel and can leave Bogano, you’ll be presented with the choice between Zeffo and Dathomir. Zepho will continue the main story, while Dathomir presents a stark challenge but rewards for those who head there early.

A word of Warning: If you make your way to Dathomir early, be prepared for a challenge. If you’re playing on the higher difficulty settings (Jedi Master and up) then the enemies here will be pretty tough if this is your first stop after Bogano. With that caveat out of the way, here’s how to get the double-bladed lightsaber in Jedi: Fallen Order.

You’ll need to progress through Dathomir until you reach the mysterious cloaked stranger and a jump you can’t cross without unlocking a new force power. Don't worry, you won't need it to get the upgrade. Apart from a few hidden treats, progress through Dathomir is fairly linear, so keep going upwards, fighting past the spiders and Nightbrother warriors (watch out for shots from their archers) until you reach the far side of a shortcut door. This won’t be too long after you jump down to a lower level and swing across some vines.

Once you’ve opened the shortcut doorand reached the platform with the cloaked traveller, you need to turn back on yourself. Look down and to the right and you’ll spot a path running down the edge of the cliff, and along the way is a workbench. Interact with the bench and Cal will, of his own accord, upgrade his lightsaber to include a dual-bladed version.

Looking for more Jedi: Fallen Order guides? Check these out: