Where to find all of your preorder bonuses in Star Wars Jedi: Fallen Order. 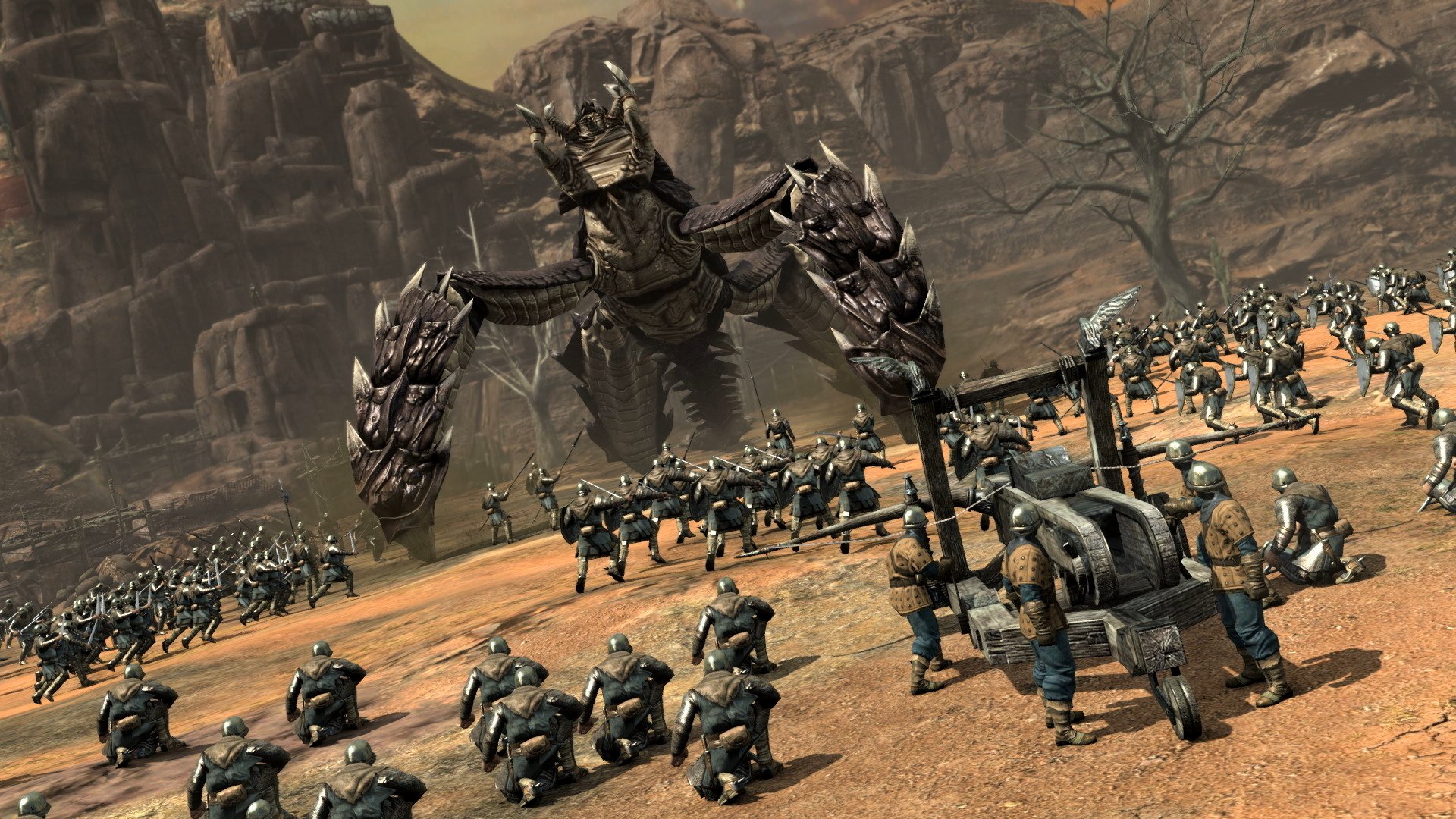 Yesterday, Kingdom Under Fire 2 was released into the wild following twelve years of development, betas and a rapid restructuring of the entire payment model. For those out of the loop, 2004’s Kingdom Under Fire: The Crusaders on the Xbox 360 drew attention and a core fanbase through an unconventional mix of action-RPG and tactical troop combat. Four years later, Korean developer Blueside revealed Kingdom Under Fire 2, an extravagant PC sequel that mixed MMORPG zones and combat with RTS troop command.

It’s now been over ten years since that first reveal and, under the watchful eye of new publisher Gameforge, Kingdom Under Fire 2 is now, finally, out in the wild. How did it get here? We recently spoke to Blueside and Gameforge about the long, rocky journey KUF2 has been on, and how they’ve adjusted their development to player feedback in an unconventional manner.

“There are many developers who have come and gone,” Noemi Feller, Gameforge product management lead, told us, “Some have even returned after working on other titles, or spending personal time building their families. Sejung Kim, the CEO is also one of the founders, and Creative Director Jubo Kim, for example, was a long-time fan of the series that has been working on this title from the very beginning. Needless to say, our team has been the better part of a decade devoted to the optimization of this game, pioneering a unique hybrid genre experience unlike anything else our players can enjoy.”

A decade is a long time for optimization, and a time frame that few games are lucky enough to work with. Early Access might be a common approach these days, but back in 2008 you’d have a hard time selling fans on the concept of a game launch ten-plus years down the line. Having seen KUF2 through beta tests in both Asia and Russia however, Blueside gives the impression that their outlook has always been long term, with the phrase ‘trial and error’ coming up repeatedly when discussing development.

“Blueside has dedicated years to finding the perfect balance between MMORPG and RTS to create this Hybrid genre as something completely new and fun,” said Jubo Kim, Blueside’s creative director for KUF2. “Finding the perfect balance, optimizing the different mechanics, while pioneering the creation of something fun and unique has to have been the greatest challenge we faced so far, but also one of the more enjoyable ones.”

Dedicating years to optimization is inspiring in some ways, but it’s hard not to feel like Blueside were simply treading ground. Would KUF2 ever release meaningfully? At the start of 2019, the signs weren’t good. Asian servers under MMOGAsia had closed permanently in 2017. Russian servers — having run for a year and a half —  shut down in March 2019, with a Blueside post stating that the team needed to choose between supporting KUF2 or a new project. To all intents and purposes, it looked like KUF2 had died. Until, that is, Gameforge stepped in.

In July 2019 it was revealed that Kingdom Under Fire 2 was, after all this time, coming to the West under Gameforge. In an even stranger move, the studio and publisher would be abandoning the free-to-play model used thus far, instead aiming for a premium release that gave access to the full game. Gameforge, it seems had a large part to play in the new direction.

“It was initially a free-to-play title in the territories it was released as a beta version like Russia and Asia,” Feller explained. “But we took a deeper look at the game and we decided, what are the changes that are necessary to make it a success in the West? We decided to switch from free-to-play to buy-to-play because we thought this would enable us to make the best possible game experience.”

As a publisher, Gameforge is typically famous (or to many players, infamous) for their free-to-play payment systems, so how did the buy-to-play swap come about? With KUF2 already holding a pool of former players from other regions, step one was asking the fans for their suggested improvements.

“There was, of course, some feedback from the community that we had to consider because not all of it, obviously, was positive,” said Feller. “So we very early opened a Discord channel and we got all the hardcore users who played it in other territories. We just collected a massive amount of feedback and this is how we built the business model and redesigned the game into a buy-to-play-model. A lot of changes went into that.”

“We had cases where players would say ‘we want to spend time in the game but we can no longer progress without spending money,’ and that was one of the key aspects we took out,” a member of Gameforge's design team said. “We looked closely at it and tried to figure out how to solve that. That was the core of the Discord; people discussing their issues, we looked at them and tried to adapt and change them to make the best possible game.”

Naturally, the biggest changes came to the premium currency model, restructuring the game to reward players gradually as they play.

“You can do a lot in the game by using Cubic, which is a second currency,” the team member detailed. “For example, you resurrect your troops through Cubic or extend your warehouse slots or your inventory through Cubic. In the previous versions you had to buy Cubic for real money and you rarely got it in-game. We changed it so that you can no longer buy Cubic through real money. You need to obtain it through in-game and we boosted the access in-game a lot. There were several changes from the free-to-play to the buy-to-play model.”

A new age for an old game

KUF2 has been on a long journey, but it’s clear that this year has marked more drastic changes than any before it. Can a concept originally designed over a decade ago still make a splash in the modern era of gaming? Blueside and Gameforge certainly think so.

“Blueside has dedicated years to finding the perfect balance between MMORPG and RTS to create this Hybrid genre as something completely new and fun,” Kim said. “Finding the perfect balance, optimizing the different mechanics, while pioneering the creation of something fun and unique has to have been the greatest challenge we faced so far, but also one of the more enjoyable ones.”

“I think due to its hybrid genre, it’s still something very unique and fresh,” said Feller. “It’s still not something that is on the market a lot. In this case, with Kingdom Under Fire I don’t think you will find any game that feels the same. So I don’t think it’s an issue that it’s been in development for ten years. Not at all. It is still fresh and unique.”

Kingdom Under Fire 2 is available now on Steam, you can read our pre-release thoughts on the game by clicking here.