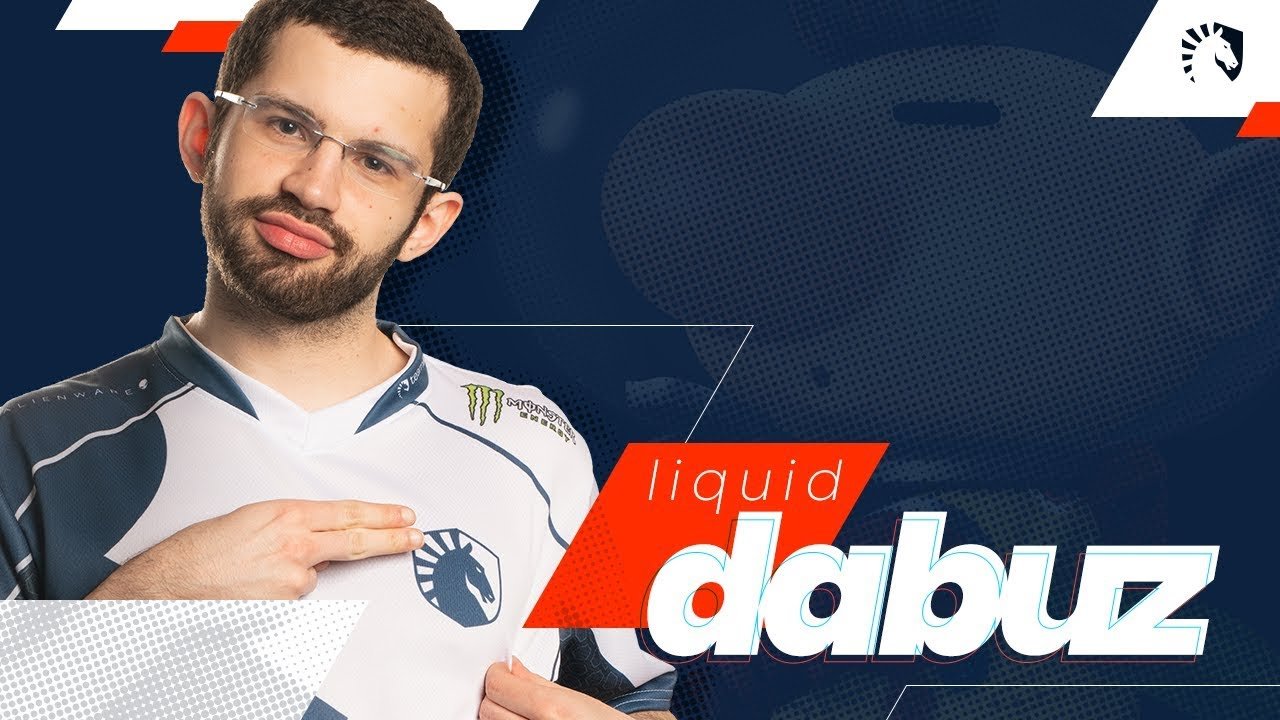 Dabuz on Smash Ultimate, underrated characters and his love of exploration

Samuel "Dabuz" Buzby isn’t the most popular man in competitive Smash. To many, it’s not his character that’s at fault, but instead his choice of character. Braindead and boring are just two of the words upset Smash players have used to describe Olimar, but that hasn’t stopped Dabuz from battling through the hate (and the brackets) with him to secure his place at #7 in the Panda Global Rankings (PGR) for Ultimate.

In the face of complaints, Dabuz has worked hard to establish himself not just as a highly skilled and analytical player, but as a recognizably friendly face in the community as well. Through streams, lessons and continued high placements (despite nerfs to Olimar), he’s earned the respect of his audience and peers. With Ultimate’s professional scene on the rise, we had the chance to chat with Dabuz about the competitive success of Ultimate, his choice of character, and how he came into the world of esports.

“I didn’t quite have a plan if gaming didn’t work out,” Dabuz said. “I was just going to find whatever job I could with my Bachelor’s degree in Economics and see what happens...good thing esports worked out haha.”

After getting into Brawl at the age of 14 and dabbling with online play, he was smitten with Smash and determined to become the best in the world. However, contrary to most Smashers he’s not dedicated solely to the series, and has enjoyed playing and watching many other fighters through the years.

“My favorite fighting game is surprisingly Injustice 1,” said Dabuz. “I was an Aquaman main and he was great at bombarding opponent’s with full-screen attacks and then keeping them away with big fast attacks up close, NRS games as a whole are very fun for me. Nothing beats watching top-level Marvel vs. Capcom 3, that game is beautiful, hectic, stressful, and one of the best fighting games ever made in my opinion.”

In the end, Smash was where he found his forte, and the release of Smash 4 saw his hand at competitive play in earnest, even skipping meals to afford the travel to tournaments. His work earned him the title fourth in the world for the final Smash 4 PGR.

The launch of Ultimate changed many things in professional Smash, yet Dabuz remained a force to be reckoned with. Just three months following the launch he was picked up by esports org Team Liquid, who saw a bright future in his new main Olimar.

“I main Olimar largely because there was no reason not to main him considering the buffs he got between Smash 4 and Ultimate,” Dabuz said. “I already used him quite heavily despite his mid-tier status in 4. Rosalina is funny because I’m still ridiculous with her despite a handful of nerfs, so it’s hard to stop playing her while it’s getting me the wins. I wish I could play Snake at a top-level, but his tank-like movement feels awful to play with.”

With more organizations taking interest and both high participation and viewership, Ultimate has had a thrilling opening year. Competition has been almost non-stop, and the caliber of tournaments has increased as well, creating several standout moments already.

“Smash Ultimate Summit 1 was a spectacular event as a player and for spectators, it had top-level matches, great commentary, absurdly high production, the best of the best. Genesis was exciting because it was the first officially ranked tournament, so everyone was stressed and it was the point of Ultimate where a meta was starting to settle.

“EVO however had the best top 8 in Ultimate hands down in my opinion, it had everything you’d want in a championship: flashy players, close sets, storylines, it brought out the best of every player there.”

Ultimate has certainly taken the stage in style, Dabuz sees it and as the culmination of years of work and adjustment from previous Smash titles.

“Ultimate’s strength is hard to summarize,” Dabuz explained. “It has an amazing variety of viable characters, stages, and just about any type of content. The attention to detail is amazing, the developers took feedback from the last four games in the series to build a Smash game that’s almost perfect, and the nuances in the game create an extremely high skill ceiling. Ultimate maintains the strengths of a great competitive game while also being friendly towards casuals with all its game modes and a philosophy of play how you want.”

The balance between competitive and casual appeal is one that Smash series director Masahiro Sakurai has discussed many times, and it seems to have reached perfection in Ultimate, drawing both seasoned pros and new hands. Melee has an unrivalled history in the esports world, but could Ultimate finally be the game to topple it?

“Ultimate’s growth is stunning, it shows no signs of slowing down,” said Dabuz. “In fact, entrant numbers and prize pools are increasing, and there are tournaments every day, with big events weekly around the world. As long as the developers keep aiding the scene with patch support, Ultimate has a bright future which might rival Melee’s longevity.”

p>So what’s left for the future? Ultimate’s meta may have stabilized somewhat, but each new wave of tournaments, patches and DLC presents surprises as new characters make a splash at the top of the game. So who’s being overlooked right now? Dabuz has an interesting choice...

“Right now, the most underestimated character is Robin,” Dabuz stated. “He’s a character with amazing projectiles, fast powerful safe sword attacks, and he will delete stocks with any opening while being incredibly hard to approach and out camp. “

As for the man himself, Dabuz still has plenty of drive to reach that number one spot, but he’s made it a personal goal to enjoy the journey and the opportunities is brings along the way.

“Since I travel so much for events, I’ve made it a point to go exploring, sightseeing, and doing something unique whenever I can while travelling,” Dabuz explained. “Whether it’s seeing a play in England, going to a beach in San Diego, trying beer in Germany, going to a famous Zoo in Nebraska, I try to bring home at least one “I did something I can’t at home” or “I did something that’s a speciality where I went” story when I travel.”

Thanks to Dabuz for taking the time for the interview. For more Smash chat with the pros, you might like to check out the following links: