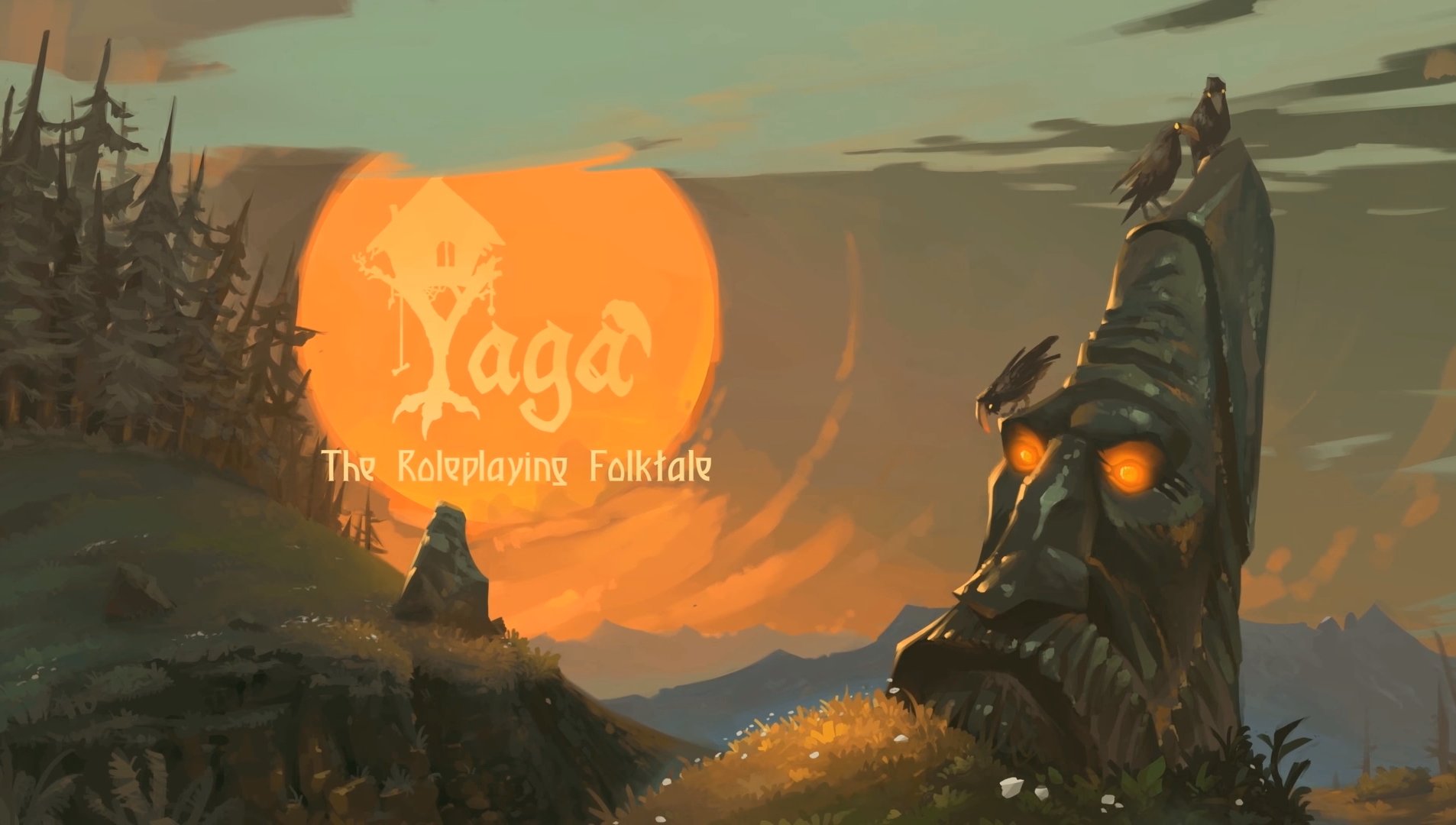 How much do you know about Slavic folklore? We’re going to be honest, we’d only heard the name Baba Yaga referenced tangentially through movies or other media, but one look at the colorful painted world of Breadcrumbs Interactive’s narrative action-RPG Yaga and we were desperate to delve in and find out more.

You see, Yaga is based on pagan folklore and superstition from eastern Europe. It’s a source of inspiration that’s rarely harnessed in gaming (though anyone who’s played the Witcher series can attest to its appeal), which only makes it all the richer, and ripe to be explored. Luckily, Yaga is an exceptionally pretty way to do so.

Starting our journey in Yaga felt like stepping into a pop-up book of fairytales. Characters stand bold against the lovingly painted backdrops, their limbs and bodies sliding back and forth in characterful style like paper figures or puppets. It’s a delightful effect, and one that perfectly captures the essence of the unstable world and its (equally unstable) inhabitants.

The rhymes and riddles of Yaga’s people could have easily come across as corny, but paired with such an inviting art style they combine to an exceptionally charming whole. It feels like sitting down with your favorite fantasy novel. It’s no surprise, really, that Breadcrumbs Interactive released a short comic to relay the origin tale of misfortunate blacksmith Ivan.

After losing his arm to an evil creature named Likho, you may have throught Ivan’s luck had already reached it’s nadir, but Yaga has other ideas. Hoping to fend off a prophecy, the town’s unpleasant Tzar sets Ivan a series of unpleasant tasks, each of which — much like the labours of Hercules — seems even more impossible than the last. Unfortunately, unlike Hercules, Ivan’s portly form is far from Olympian.

Each of Yaga’s characters has been creatively designed to breathe life into the land, none more so than poor Ivan himself. As you encounter people, creatures, shrines and yes, Baba Yaga herself, you’ll have the chance to choose how Ivan behaves, developing a character for him over the course of the game. Will you be selfish or aggressive? Or maybe you’d rather act the fool throughout. It’s up to you, and the choices you make will impact how the story plays out.

Whatever you decide, Ivan plays along enigmatically, conjuring rhymes to justify his life choices. Think carefully though, as acting out of character in future will increase your bad luck, inevitably calling down the wrath of the sinister Likho. His cheery demeanor despite the unfortunate circumstances naturally led us to play Ivan in a righteous manner. Each opportunity to help another leaving him beaming brightly in a golden light. Though it also evoked a groan or two from us as we fell headfirst into more than a few traps through his desire to do good.

For the most part, Yaga presents a cheery, often comedic take on its source materials, but as anyone who’s watched the Babadook can attest, children’s books can often be intensely unsettling as well. There are far worse things than bandits and bears stalking the woods of Yaga, and Breadcrumbs has brought them to life in wonderful fashion. Rabid wolf-human hybrids and brambled tree-men will hunt you on sight, but it’s Baba Yaga that leaves the strongest impression.

As you venture out through Yaga’s woodlands, farmland and beyond you’ll know when you’ve reached her. Living inside a winged shack that rests atop a giant chicken’s foot, it’s clear that there’s far more to this white-haired old witch than meets the eye. Her first impression may not offer much to worry about, but the presence of skulls, machetes and a suspiciously large cooking pot should go some way to informing you of her human-devouring tendencies.

Her appearance aptly reflects the two sides of her character, equal parts grandmother and man-eating witch of the woods. Baba Yaga is far from cruel, and will often do her best to help you along your way, provided you’re willing to put in the effort and return the favor at key times, of course. The single defining rule is that is it never wise to fail or insult Baba Yaga.

Yaga is more than your run of the mill action-RPG, and offers far more fun than any choose-your-own-adventure novel could manage. The vivid world that Breadcrumbs Interactive has brought to life through their distinctive art and animation is a pure joy to discover and witness, and you'll find it tough not to root for poor Ivan, eternally dogged by adversity. There’s also a real opportunity here to explore stories less trodden, all of which makes Yaga one of the most exciting indies of 2019.

Want to learn more about the creatures and people of Yaga and Slavic folklore? You should definitely check out Morgan Shaver’s excellent investigation into the mythology over on IndieObscura.