Show off to your opponents by learning how to use a flashy Finishing Move in Call of Duty: Modern Warfare. 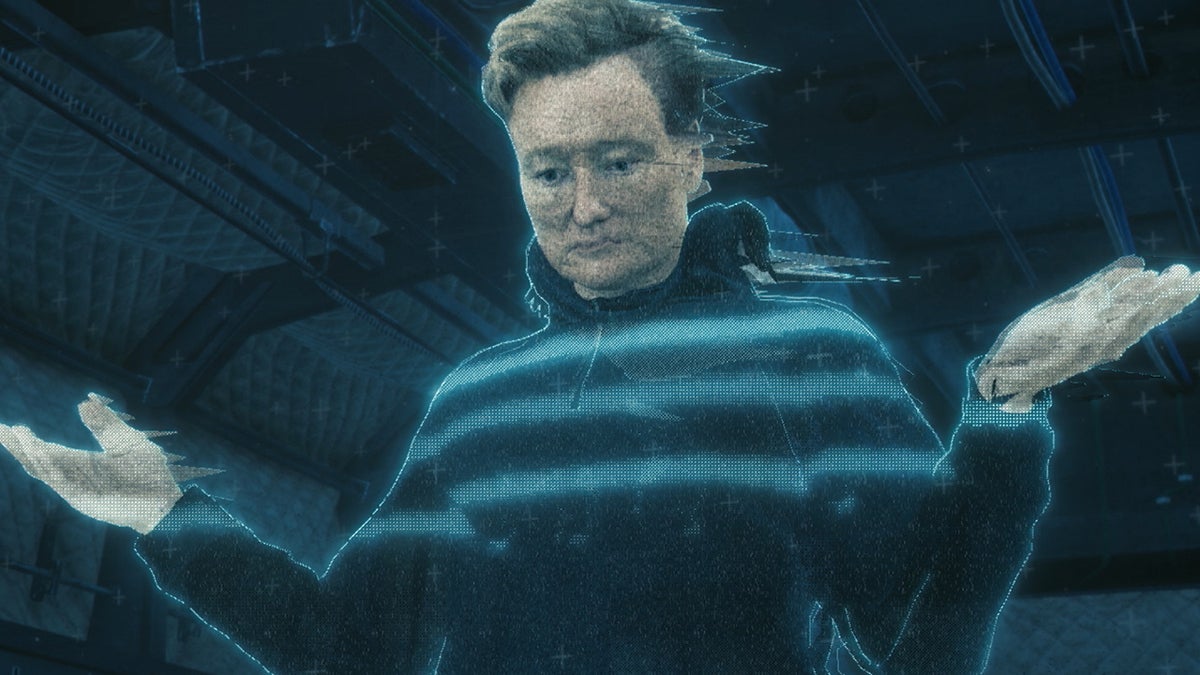 Wattam finally has a release date on PC and PS4

One of the earliest known Death Stranding cameos is Video Game Awards presenter Geoff Keighley. The former journalist enjoys a close relationship with Kojima, which is also weirdly reverential, which comes across in the way Ludens Fan talks about an enigmatic "creator". You can find Geoff Keighley's Death Stranding cameo halfway between Waystation West of Capital Knot City and Distribution Center West of Capital Knot City, just follow the most obvious pass and you'll find him.

Miura is a well-known singer in Japan, writing and performing songs for multiple anime intros like Dragon Ball Super: Broly and Kamen Rider Ex-Aid. If you complete Musician's side quest arc, raising his relationship higher by delivering more goods to him, you'll receive a harmonica which you can play while resting on the ground with BB. You can find Daichi Miura's Death Stranding cameo by heading a little south off the path from Distribution Center West of Capital Knot City to Port Knot City.

This acclaimed horror mangaka has been an inspiration to Kojima in the past and was at one point slated to work on Silent Hills with the director and Guillermo del Toro. The Junji Ito Death Stranding cameo can be found just south of Lake Knot City once you arrive in the Central Region.

The appearance of Shaun of the Dead and Baby Driver director Edgar Wright in Death Stranding shouldn't surprise too many, given Kojima's previous praises of his work. Wright is also a massive fan of games in general, with Resident Evil and others appearing liberally in his turn of the century sitcom Spaced which launched his and Simon Pegg's careers. You can find the Edgar Wright Death Stranding cameo at the Distribution Center South of Lake Knot City.

This is a bit of a weird Death Stranding cameo. Hirokazu Hamamura is the former editor-in-chief of Famitsu magazine, now serving as the long-running publication's representative at publisher Enterbrain. He's previously appeared in an ad campaign for Kojima's other game Metal Gear Solid: Peacewalker, as well. Japanese fans are currently a little upset about this cameo because Famitsu magazine awarded Death Stranding a perfect score (an increasingly rare honor) but Hirokazu's character the Collector tells Sam he'll be 'entering the Hall of Fame for this' as a reference to the game's critical achievement. You can see for yourself by finding Hirokazu Hamamura's Death Stranding cameo at an outpost in a ravine just south of the Distribution Center.

There are quite a few film director cameos in Death Stranding, a representation of Kojima's cinematic ambitions. The director of Kong: Skull Island appears in Death Stranding without a ridiculous cameo name either, further shattering the fourth wall. You can find Jordan Vogt-Roberts' Death Standing cameo by continuing East from the Collector.

The fashion designer of boutique brand name ACRONYM also makes an appearance in Death Stranding as the Prepper running the Weather Station. Kojima is a pretty big fan of minimalist fashion labels, as anyone who has sat through the tens of J.F. Rey Eyewear adverts for glasses peppered throughout Metal Gear Solid V will know. The Errolson Hugh Death Stranding cameo can be seen at the Weather Station, in the mountains to the South West of Distribution Center.

Conan O'Brien AKA "The Wandering MC"

Late night host Conan's cameo in Death Stranding was revealed as part of the game's release hype, it's not too outlandish either. Conan has been known for showcasing the biggest video games on his late night comedy segments, and was seen visiting Kojima Productions during development. He will award you the Otter Hood which helps you swim better in rivers once you visit him, just because he's such a nice guy. To find the Conan O'Brien Death Stranding cameo, head to an outpost at the bottom of a pretty tricky valley by an inlet, just North-West of Mama's lab.

A true veteran of the face-scan cameo aspect of gaming is Remedy studios boss Sam Lake. One of the earliest forms of photorealistic character modelling was Max Payne, based on Lake's smirking face. You can find Sam Lake's Death Stranding cameo and see how face scanning has come on in leaps and bounds since then by visiting the Veteran Porter's outpost up in the mountains at the very south of the Central Region map. The central spine of mountains is basically impassable (without serious effort) so follow the ridge south from Weather Station.

As the name suggests, you'll find this cameo way up to the north of the Central Region map. Tommy Wirkola is yet another film director, responsible for Hansel and Gretel: Witch Hunters and Dead Snow. You can find the Tommy Wirkola Death Stranding cameo up in the Distribution Center North of Mountain Knot City. Take the northern pass from Waystation North of Mountain Knot City for the easiest route from Lake Knot.

Manabu Makime is the author of a number of Japanese novels that Kojima is evidently a fan of. Winning awards for his debut work in 2006, he has since written several others, including Princess Toyotomi which was made into a Japanese drama film in 2011. He has been a fan of the Metal Gear series so the inclusion in Death Stranding is a mutual honor for them both. You can find the Manabu Makime Death Stranding cameo by heading south-west from that norther Distribution Center across streams on a river plain far to the west of Mountain Knot City.

Those are all the Death Stranding cameos found so far, have you spotted any other familiar faces while delivering packages around the post-apocalyptic USA?