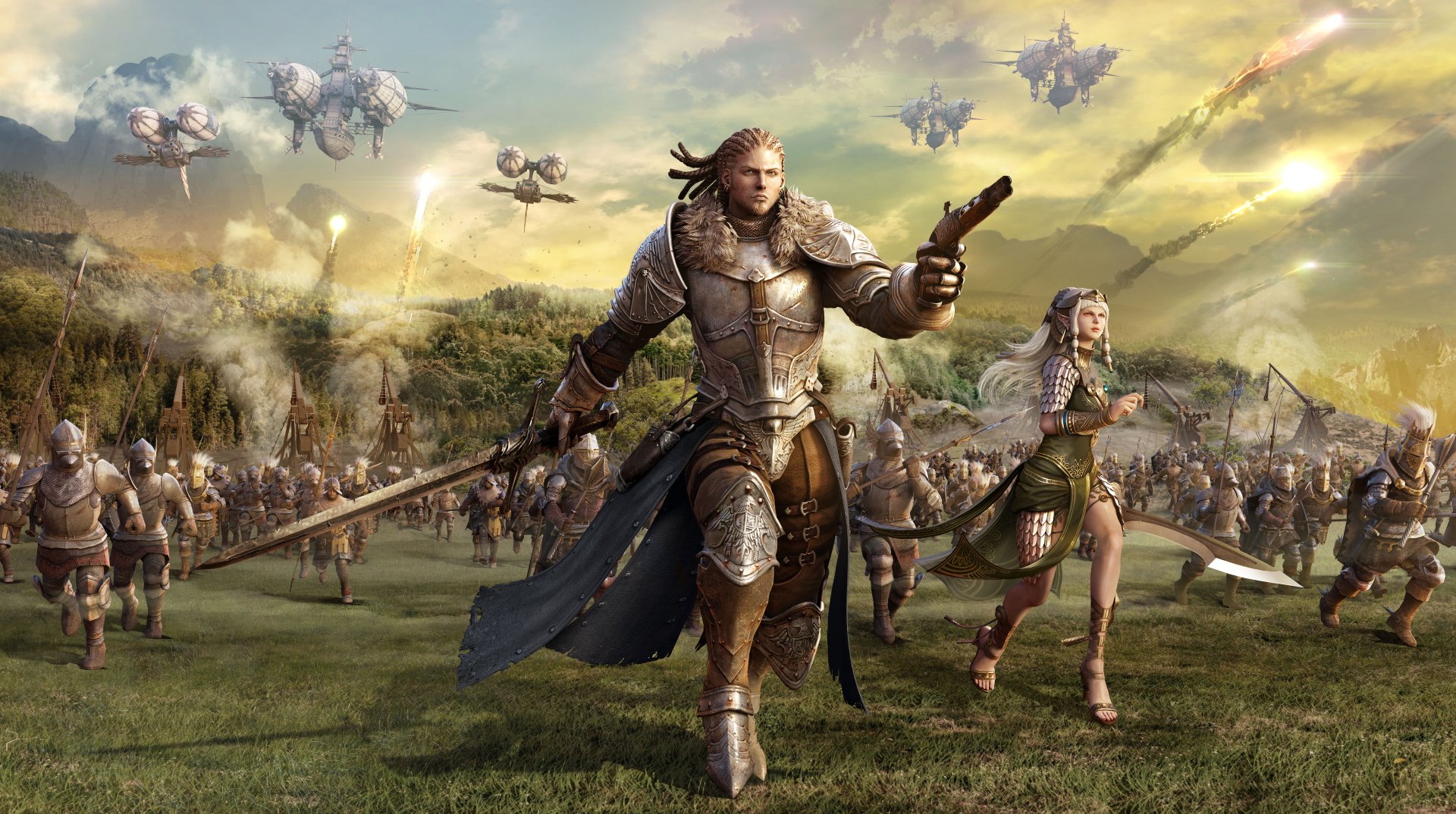 Much has changed since 2008, yet Kingdom Under Fire 2’s attempt to blend Real Time Strategy into an MMORPG mold remains as unusual, and intriguing a prospect as when the game was first announced. A few free releases since like Conqueror’s Blade have tried to mix tactical troop command into grand-scale MMO battles, but none have succeeded at truly blending RTS with MMORPG as KUF2 aims to do.

It could be argued that KUF2 has also, already failed. In the last twelve years, Blueside has seen their game released across Asia and Russia as a free-to-play beta title. Servers have since shut in both regions, and at the start of the year, things looked bleak. But then in stepped publisher Gameforge with a plan to bring KUF2 to western shores for the first time, and as a single-payment release no less. We had the chance to attend the KUF2 Take the Castle pre-launch event recently and go hands-on with the opening hour and a half of the MMO-RTS hybrid as it approaches its November 14 release date.

We should start by noting that KUF2 is, first and foremost, an MMORPG. Hordes of orcs may be plentiful, but strategy fans will be unlikely to find their fill here unless they're MMORPG lovers as well. After choosing and customizing a hero from one of five classes, you’ll be let loose into MMO Zones shared with other players, free to grab quests from any NPCs bearing that unmistakable giant marker above their heads. Progressing the main story, you’ll eventually be sent out on Missions, and it’s here that the core strategic combat comes into play as you face off against enemy armies and mighty creatures.

KUF2 lets you bring three troops into battle alongside your hero, and with a single tap of the Tab key your view soars into the sky to adopt a more traditional RTS perspective. From here you can direct your troops, activate their abilities and swap between stances. You can even control your hero, positioning them in the thick of the fight before jumping back down to control them precisely.

It’s a neat trick, and one we’d love to see more RTS games attempt. Blueside noted Dawn of War as a key inspiration for the strategy part of the game, and we could easily picture facing off against a horde of Tyranids there before shooting down to bosh heads with a Force Commander. Rise and Fall: Civilizations at War toyed with the concept as far back as 2006, but few conventional RTS games have tried it since.

KUF2 is far from a traditional RTS, however. Aspects of MMO and free-to-play design are present in all corners, as troops you unlock can be levelled up or unlocked in three tiers of rarity. Got duplicates of a type of troop? You can “dismantle” units to help craft a new, rarer squad with better stats. A rock-paper-scissors combat system does let you enact a certain amount of strategy during fights, but to what degree levels and rarity determine the outcome of a battle is a question left to KUF2’s endgame and online multiplayer. It’s likely that the answer won’t impress many strategy stalwarts.

Sadly, these combat missions, while enjoyable, are far from the only thing you’ll be doing in KUF2. The beginning to the game forces you to sit through roughly an hour before even introducing the command view, preferring instead to usher players through familiar MMO territory, and it’s here that KUF2 is easily at its weakest.

In our playtest we were pushed into the first MMO zone and sent on a monotonous trudge through banal fetch quests for a series of unmemorable NPCs. Kill three spiders, bring five Elk pelts; if you’ve played any MMO from the last two decades you’ll get the gist, and the implementation in KUF2 feels basic at best.

Monsters and creatures in the opening zone didn’t react to our character, pacing back and forth without a hint of aggression even as you ran up their faces or slaughtered their companions. Those killed simply respawned a few seconds later as if nothing had happened. NPCs teleported through the land instead of moving, phasing out of existence before you to reappear elsewhere as needed. There was little here to offer a compelling world, and we can’t imagine any number of other players killing the same inanimate kobolds would bring life to the opening. Unfortunately, Kingdom Under Fire 2’s troubles don’t end there, either.

For 2008, KUF2’s graphics were remarkably impressive, and while it remains reasonably pretty to this day — especially for an RTS —  the skin-hugging, inexplicably bouncy designs of female characters like the Spellsword and Ranger feel wearisomely out of date, and likely did back in 2008. Our test build also ran into several performance and technical issues, including regular framerate drops and missing audio during cutscenes and battles.

Core movement abilities like a dodge proved temperamental at best, leaving our character stuttering, unable to escape danger-zones in the action-heavy combat. These, however, were eclipsed by more pressing faults including menus that would appear entirely in Korean, or dialogue that bounced between English and Korean voiceover willy-nilly. With just a week until release, these mistakes really should have been corrected by now.

Gameforge and Blueside have done a good deal of restructuring to the payment plans and unlock systems in an effort to make KUF2’s unique ideas a palatable purchase in the Western market. Unfortunately, even after twelve years and more in development, it looks like a lot more work is needed on the game itself before Kingdom Under Fire 2 will be worth the price of entry.

Kingdom Under Fire 2 launches November 14 on PC. You can pre-order the game with different tier rewards ranging from $29.99 to $99.99.