What does Aphenphosmphobia mean in Death Stranding?

Learn the meaning of Aphenphosmphobia in Death Stranding and what it means for Sam Porter Bridges. 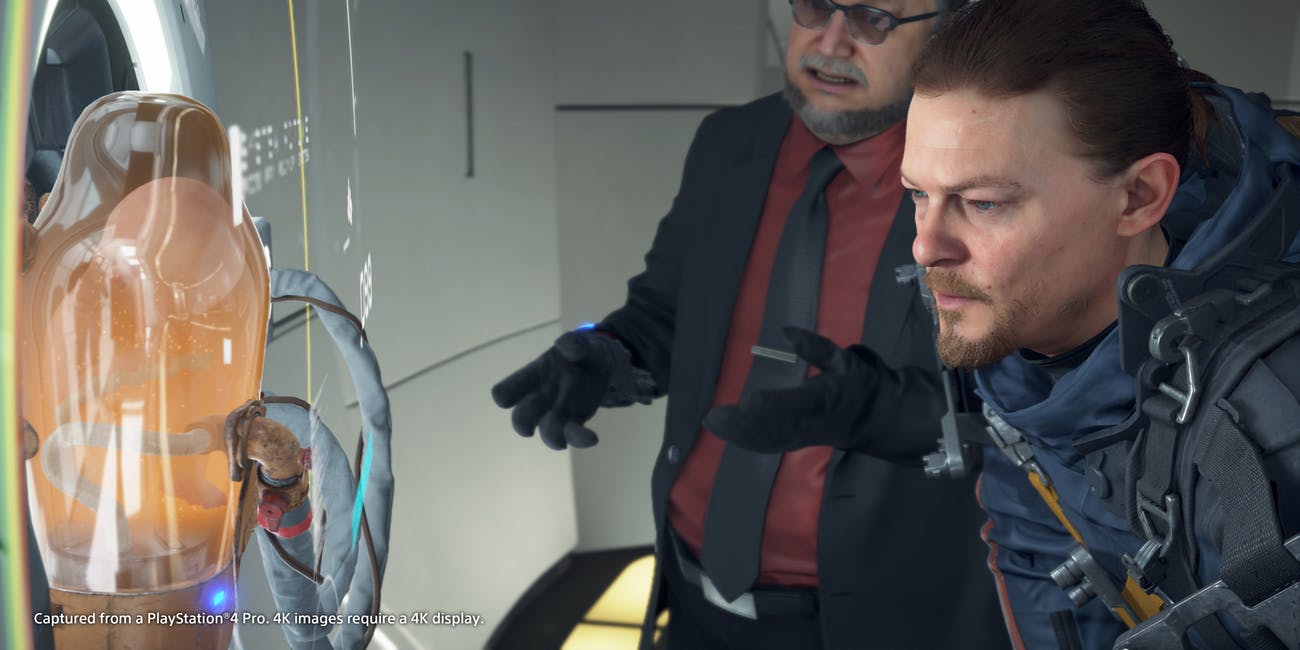 What are DOOMS in Death Stranding?

Death Stranding, the game that will bridge the gaps in our society, has completely divided the review bombing community.

In Death Stranding DOOMS is mentioned as the reason the main character, Sam Porter Bridges, has some of their powers. But what does DOOMS mean and how does your birthday affect them?

Being a Hideo Kojima game, Death Stranding plays around a lot with multiple bits of data outside of what do you in the game itself, and much of the story plays into themes of philosophy, astrology and some general physics mumbo jumbo. So here's what DOOMS are in Death Stranding, and how choosing your DOOMS birthday at the start affects your game.

What does DOOMS mean in Death Stranding?

While DOOMS in Death Stranding looks, and is spoken, as if it is an acronym for something, so far we've not deciphered what the letters could stand for. What we do know is that DOOMS are supernatural abilities which give certain humans the ability to see or otherwise sense and interact with Beached Things (BTs). These are the ghostly inky figures that float around Death Stranding's haunted stealth areas.

From story cutscenes we learn that DOOMS abilities are separated into categories of power, depending on how strongly they manifest in the human who possesses them. Sam has what is described as Level 2 DOOMS, he can sense them via a rash on his skin and exhibits an allergic reaction to the presence of BTs by crying. Sam can only see the outline of BTs when connected to a BB. Fragile, Lea Seydoux's character with the useless umbrella, is a higher level DOOMS sufferer and can see them unaided while also being able to teleport.

Later in the game you meet Higgs, who has an even higher level of DOOMS ability which allows him to summon BTs from The Seam and command them, as well as being able to teleport and some more magic powers which are basically explained away with this convenient in-world explanation.

There are some fan theories about what DOOMS may stand for based on other themes of the Death Stranding event, such as Death-Obtained Organic Mutation Syndrome, as Sam is also a Repatriate and can resurrect from death. Other characters may also have experienced close shaves with death granting them these DOOMS abilities.

How does your DOOMS birthday affect the game?

When you begin Death Stranding you will be asked for your birthday and told that: "Statistical analysis has indicated that DOOMS abilities vary according to the sufferer's date of birth. In order to establish your own ability levels, please enter your birthday."

Kojima is a big fan of these crossovers with real-world data subtly affecting your experience of the game, however we're not entirely sure what this particular entry happens to change. If it's anything like MGSV, then when your birthday rolls around you may get a special cutscene of characters in the game wishing you HBD.

As it interacts with DOOMS, after you enter your birthday we are only told that 'those born under the constellations of Cancer, Pisces, Cetus, Delphinus and Gigas have higher levels of DOOMS abilities'. This probably doesn't mean if you put in the right date you can suddenly teleport and command BTs, but could have a more subtle impact on the way your ability to sense BTs work. If you want to give yourself the best chance in the game to experience any of these improved DOOMS abilities, then here are the birthdays to enter for each constellation:

You might notice those last three don't have dates. They aren't signs of the zodiac like the other constellations, they're simply arrangements of stars in the night sky. They are associated with times of the year based on when they are most visible, however they aren't given defined phases. Cetus is also known as "The Whale", Delphinus is "The Dolphin" and Gigas is the ancient name for "Orion", famously known for his belt. We're sure they all have their place in the lore of Death Stranding's universe but you'll have to find that our for yourself.

Do you know what DOOMS in Death Stranding means now? Hopefully that helps a little, it's more of a setpiece for the story of the game than an integral part, you don't need to know exactly how it works to know what's going on for the most part. If you find any more info then let us know in the comments below.