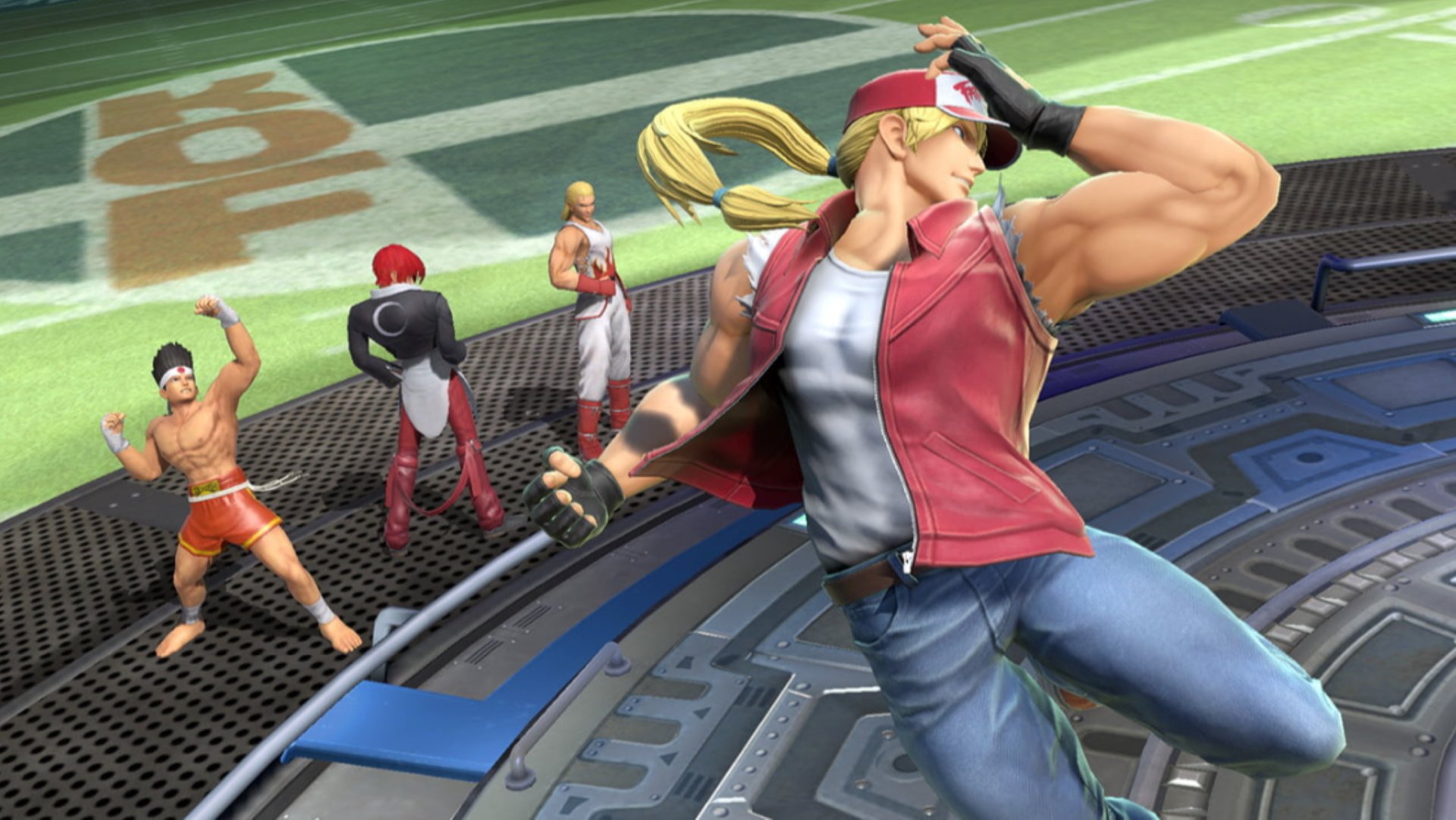 Save big on games for Nintendo Switch, PlayStation 4, and Xbox One at Target during Black Friday 2019.

The Neo Geo is back, baby! Well, not quite, but Terry Bogard has joined the roster for Super Smash Bros. Ultimate. No, it’s not a reskin of Ken, this old-school fighter has a long history to his name and a complete set of moves to go with it. Want to master the hungry wolf? Not a problem, as we’ve got the full breakdown of Terry Bogard’s moveset in Smash Ultimate.

Terry breaks the traditional Smash rules once more by taking some queues from his original games. Like Ryu and Ken he will always face his opponent, but he’s slower in attack speed and includes more unique attacks. He’s the only character in the game to include a dodge attack, backwards specials and super special moves. Additionally, Terry is capable of cancelling his specials, performing them faster than usual. Read all about them below with the full Terry Bogard moveset.

Up Tilt - Rising Upper: Terry swings a close fist upwards in front of him in a hefty blow.

Down Tilt - Under Kick: Terry rapidly kicks out at ground level.

Dodge attack: A unique move. Terry can press the attack button after spot dodging to immediately counterattack with an upward swing. His top half is invincible during the attack.

Down Smash - Slide Kick: Terry lowers himself and kicks one foot forward at a medium height.

Neutral Air - Chop: Terry swipes a swift hand down close in front of him.

Back Air - Jump Backward Kick: What it says on the tin, a stronger kick behind.

Up Air - Somersault Kick: Terry flips over, kicking forward to back over his head.

Neutral B - Power Wave: Terry launches a flaming wave along the ground. Tap to launch a slow-travelling, weak version, or hold to release a stronger, faster-moving attack. In the air it spits fire a short distance in front of Terry.

Forward B - Burning Knuckle: After a brief pause, Terry lunges forward with one fist. Tap for a short, weaker version, or hold for a longer, strong version. Like Ryu and Ken’s Hadouken, you can perform this move with a quarter circle forward motion (down to forwards) followed by A or B. This makes the move stronger.

Backwards B - Crack Shoot: Terry flips forward with an overhead kick. The two strengths (tap or hold) change how far Terry travels forward. Can be made stronger with the command input of a reverse quarter circle (down to backwards). Can be used to help recover from off the stage.

Upwards B -  Rising Tackle: Terry spins upwards, feet first, flailing his arms either side. The two strengths (tap and hold) change the height reached. If you hold down (while on the ground) before using it, Terry will flash and gain invincibility during the start of the move. Can be used after Burning Knuckle or Crack Shoot in the air.

Down B - Power Dunk: Terry launches forward into the air then slams down diagonally with a flaming fist. Has a command input of forward, down and down-forward (shoryuken input) to increase the strength. Using the command input makes Terry invincible at the start of the move.

Once Terry reaches 100% damage (or less than 30% health in Stamina mode) he’ll gain access to his Super Special Moves. You can tell he has access thanks to the GO message over his stock icon. These can be used any number of times

Power Geyser: Terry slams the ground to his side, creating a powerful geyser of energy. This can be fired left or right by holding the analogue stick in the chosen direction after activating it. This move can only be activated with the command input down, down-back, back, down-back, forward, then A or B. If you’re not a fighting game stalwart, this might prove tricky, so be sure to practise! Simplified command input: Down, Forward, Down, Forward, A or B.

Buster Wolf: Terry lunges forward with a kick then slams any opponent caught by it into the air with a forward strike. The command input is down to forward twice (two hadouken motions) then A or B. Simplified command input: Down, Forward, Down, Forward, A or B.

Like Ryu and Ken, Terry can cancel some of his standard moves into specials if you perform the input quickly. As an example, Terry can perform the first two hits of his jab string, then cancel them into his Power Dunk for a stronger finish. You need to input the moves quickly, so practising the timing is key.

Terry smashes the ground, firing three geysers of energy forward. If they hit an opponent, Terry will leap into the air, dunking them and then punching with Power Dunk and Buster Wolf in a cutscene.

That’s the full Terry Bogard moveset, so get into the training room or online to get practising with Smash Ultimate’s latest DLC fighter. What do you make of Terry? Think he’ll place well on a tier list? Let us know in the comments below.