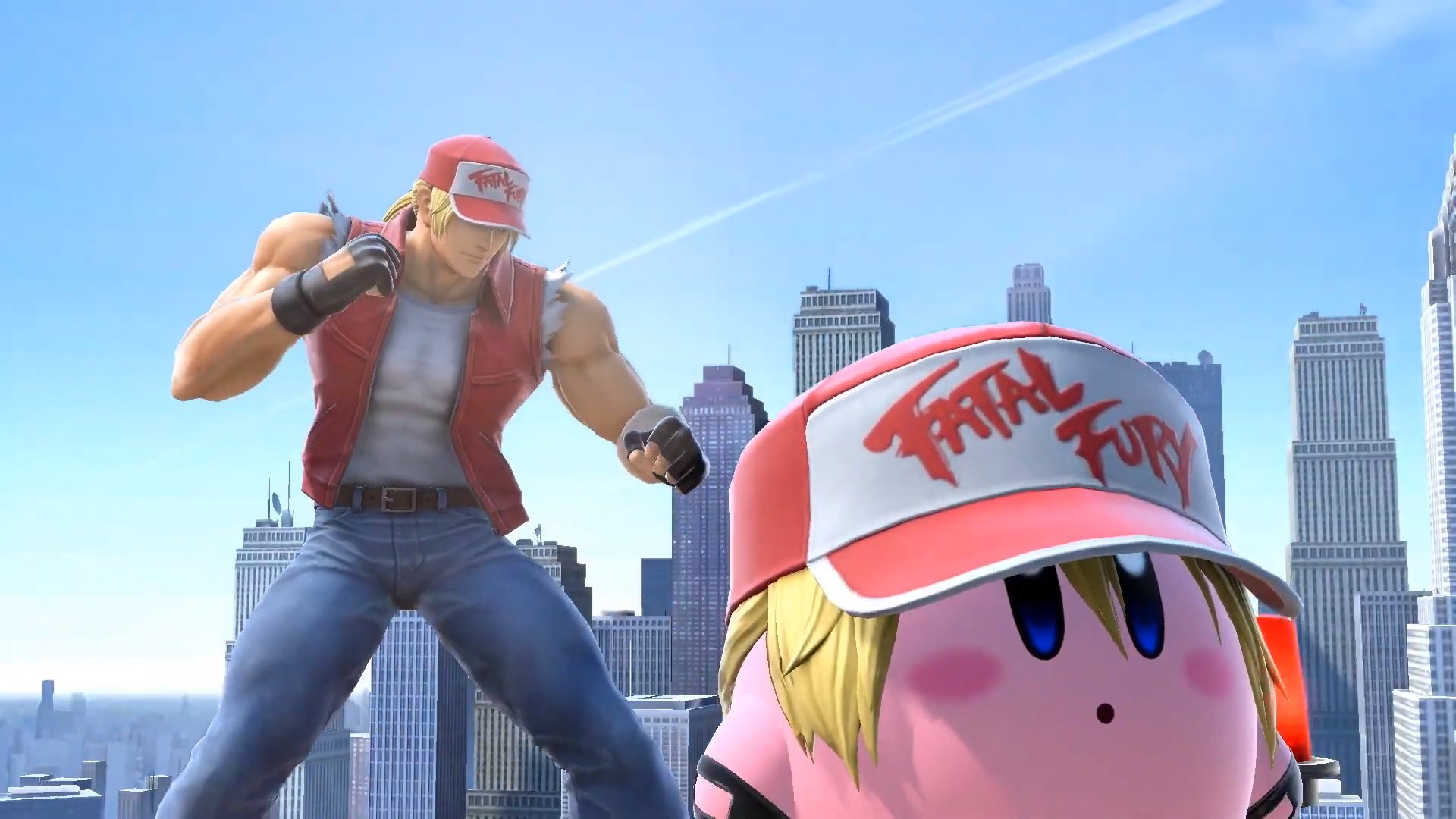 The Hungry Wolf Terry Bogard is now in Smash Ultimate. Want to learn how to master his Super Special moves? Check out our full moveset for Terry!

In today's Nintendo Direct explaining all the new content coming to Smash Ultimate, game director Masahiro Sakurai took us on a tour of all the fighting games he loved from his youth, even going as far as to explain what a Neo Geo is for those too young to remember.

His favorite developer was SNK, hence this single DLC fighter addition has resulted in basically half of their entire fighting game roster being added to the game as well.

The new stage accompanying Terry Bogard into Smash Ultimate is called the King of Fighters Stadium, and will feature walls on either side of the stage that you can eventually force an enemy through if their damage percentage is high enough.

Sadly, among all of those cameos that are confirmed to be joining Smash Ultimate, there is one conspicuous absence in Mai Shiranui, female star of the Fatal Fury and King of Fighters series. Sakurai explains (to the laughs of crew members behind the camera) that Smash is a family game, and Mai is...well, she's technically clothed.

Still, the absence of Mai is about the only concession SNK have made in this bumper crop of new content for Smash Ultimate, as Sakurai also said he sent over a list of 50 of his favorite tracks to include in the DLC update expecting a few to be picked out. But the developer simply said "OK" and now there are 50 new songs being added to Smash Ultimate.

As if that wasn't enough, there are also new styles for Mii Fighters based on Nakoruru from Samurai Shodown, Ryo Sakazaki from Art of Fighting, Iori Yagami from King of Fighters and Akira and Jacky from Virtua Fighter. These Mii Fighter styles are also available today.

This is an almost unbelievable bumper haul of SNK goodies to bring to Smash, and as he clearly has a passion for the developer's fighting games over the years, Sakurai must be pretty pleased with this collaboration. What are your favorite additions to Super Smash Bros Ultimate now Terry Bogard is in the game?