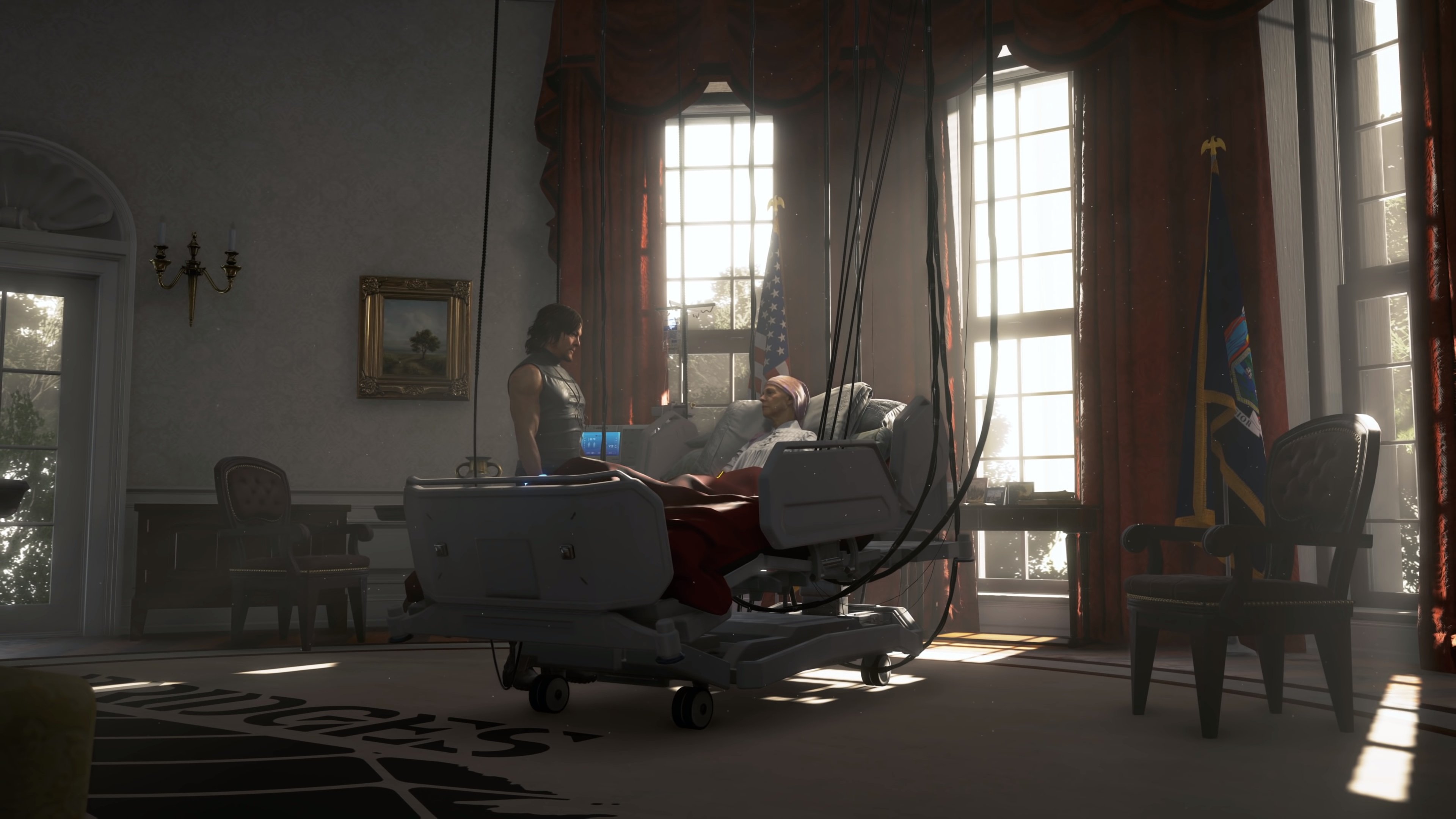 Kojima says Death Stranding is about Trump and Brexit, in case you couldn't tell

Video games aren't the only thing Kojima plans to work on now that he's free from Konami.

Death Stranding director Hideo Kojima has said that the game is a reaction to Trump and Brexit causing political rifts among people in a new documentary behind the scenes.

The explanation comes in an interview given to BBC Radio 1 Newsbeat during a documentary about the final days before the release of his long-awaited new game.

"We may be connected through the internet more than ever, but what's happening is that people are attacking each other because we're so connected," Kojima explained to the BBC. "President Trump right now is building a wall. Then you have Brexit, where the UK is trying to leave, there are lots of walls and people thinking only about themselves in the world."

In case it wasn't immediately apparent from the theme of the game's plot, travelling across the country as Sam BRIDGES at the behest of an ill president, re-uniting a fractured America via strands of communication, yes: the game does feature a political subtext. What an incredible revelation.

Kojima did also outline how Norman Reedus' character, who suffers from aphenphosmphobia – the fear of being touched – also relates to a more specific phenomenon found in his home country of Japan. Hikikomori are recluses who retreat from society into the fictional worlds of manga, anime and video games. Kojima speaks about fans of his games in similar terms and hopes Death Stranding will resonate with them.

“Even though they're having fun with others outside, when they are alone and playing video games in their living room they don't feel like they fit into society or their community," Kojima told the BBC. "So when those people play this game they realize people like them exist all over the world. Knowing that even though I'm lonely, there are other people like me makes them feel at ease, that's what I would like for them to feel when playing the game.”

Death Stranding will release on PS4 on November 8, with a PC release to follow sometime in the Summer of 2020. What do you think of Death Stranding's political subtext?