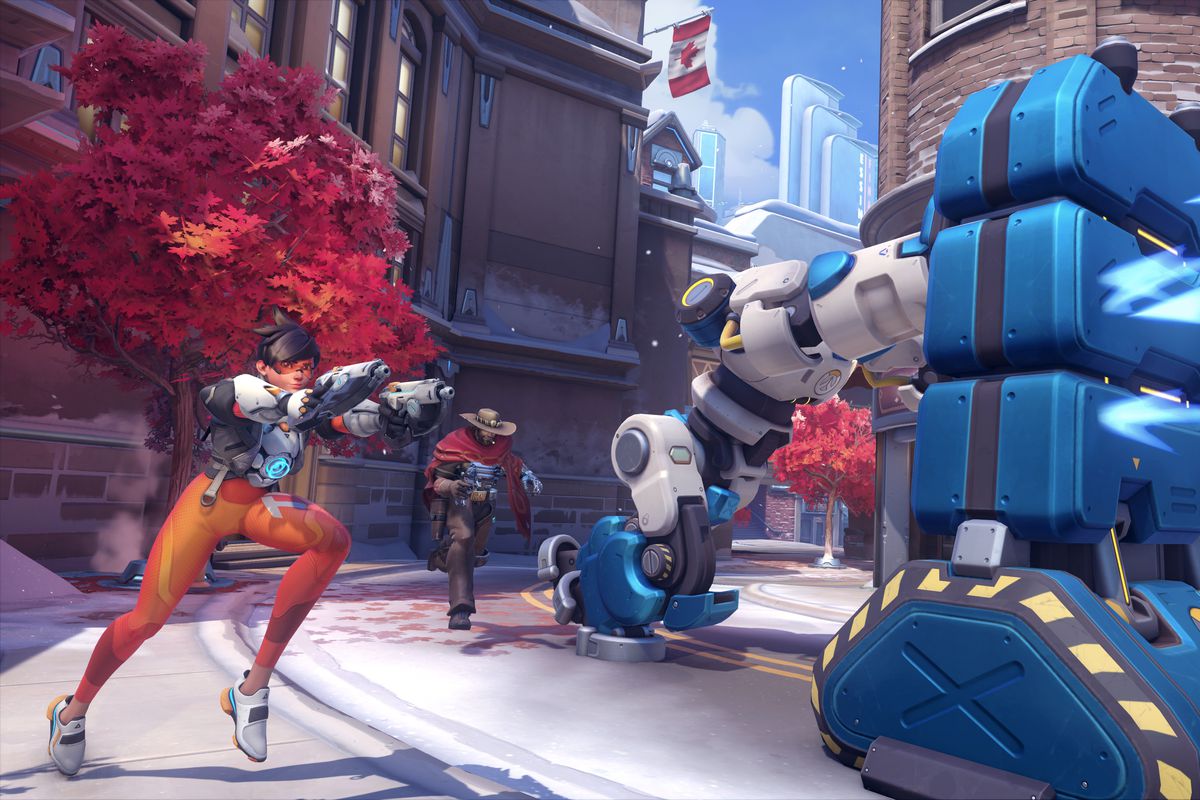 The Overwatch 2 new maps will also come to the original game, as it is less of a sequel and more of an expansion or paid update that adds PvE story missions and a character levelling system to the class-based team shooter.

In among the new maps in Overwatch 2 are ones dedicated to the brand new PvP game mode, called Push, in which a friendly but dumb robot helps whichever team controls him to shove a payload along a track. It's like a tug of war but with an adorably stupid AI.

Here are all the new maps for Overwatch 2 that we have details on so far.

There are at least four new maps in Overwatch 2, including one for the new game mode; Push. That map is set in the Canadian city of Toronto, so expect ice hockey and clean, crisp streets. The map ties in with the next hero, Sojourn, who is said to be of Canadian origin and will play a significant role in Overwatch 2 based on key art and story trailers we've seen so far.

Rio de Janeiro is a modified version of one of the PvE story missions in Overwatch 2, reflecting the busy urban favelas of Brazil's cultural capital. Given that it's Lucio's home turf he'll feel right at home wall-skating between buildings and finding flanking routes around chokepoints in whatever game mode this fits into the PvP side of Overwatch.

The third new map in Overwatch 2 is Monte Carlo, based on the nouveau-riche gambling den of Monaco. We can envision plenty of roulette tables playing host to more intense battles than they usually see inside some of the lavish architecture shown in this map preview.

Hometown of Torbjorn and Brigitte, Gothenburg and its idyllic riverside views makes an appearance as a PvP map in Overwatch 2. The classical Swedish architecture blends with futuristic glass-covered buildings on the horizon for much of the neo-classical feel that modern Swedish towns like Stockholm already boast. The institution on the hill of this screenshot seems like it could be a research building of a university, somewhere the master engineer could have honed his craft in building small sentient guns.

What do you think of the Overwatch 2 new maps? Will you be buying the expansion-sequel to play story mode or are you happy just to wait for these new maps to come to the original game and play them in multiplayer?