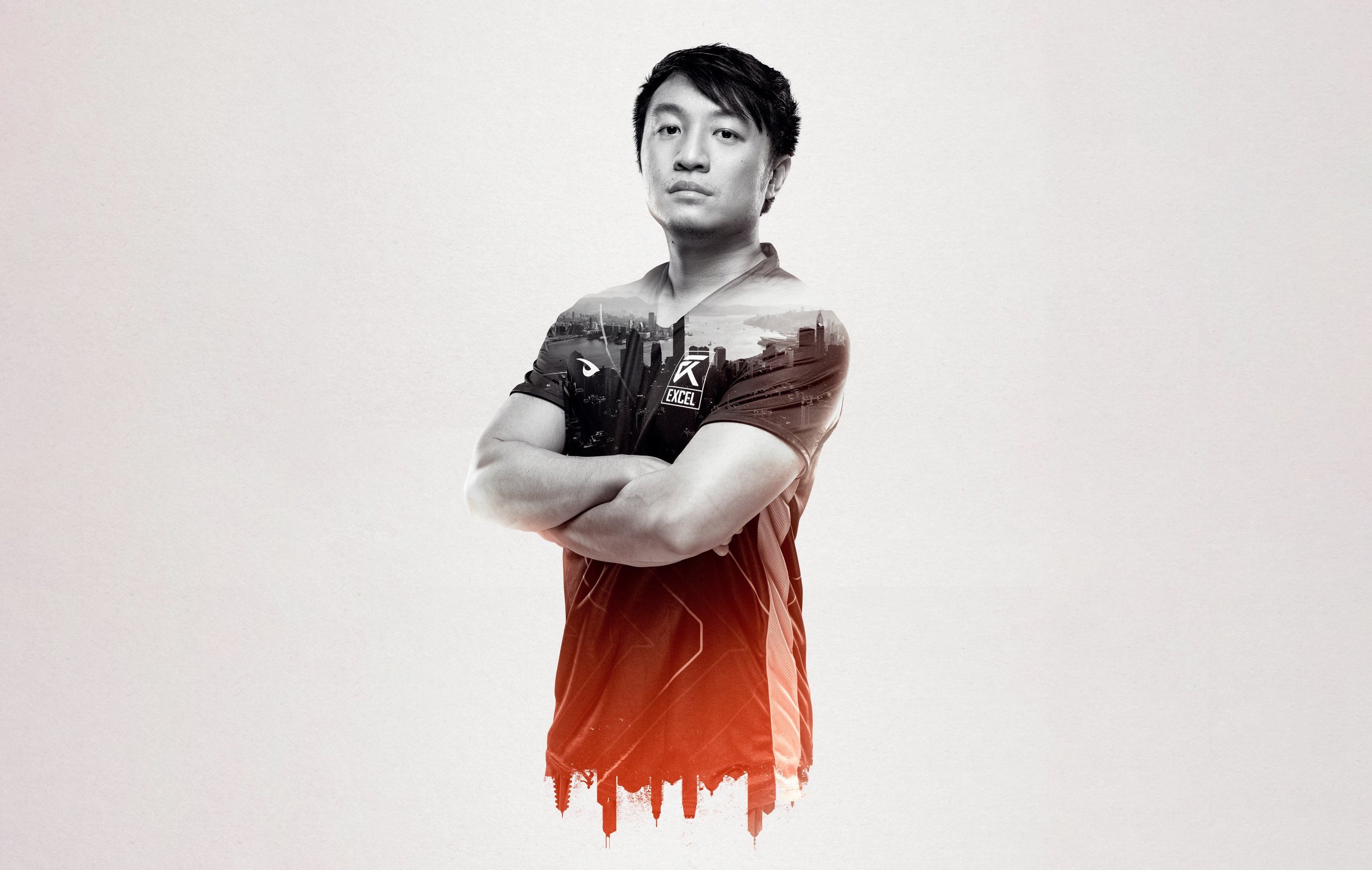 Kasing opens up about food, parents and life outside the Rift

Raymond "Kasing" Tsang is one of the longest serving veterans in the EU League of Legends circuit. This year's 10th anniversary of LoL's launch also marks Kasing's ninth in professional play, having started on H2k-Gaming in September 2012. With almost a decade of competition under his belt, his career has been solidifed but starting out this was far from a certain outcome in his mind – and his parents'. Now playing on UK team Excel, Kasing has overcome many hurdles in personal life to be here, yet most people know him only for his plays on the Summoner's Rift.

In a new documentary series from Excel, looking into the lives and personalities of the team, we find out more about the personal strength it takes to join the professional ranks of one of the world's most popular esports. Starting this week with Kasing, we learned more of his upbringing and the pressures of cultural and generational differences, and how making money isn't the only goal in going pro.

However we also took some time to find out more of what makes Kasing happy off the field. We got some time during this year's Worlds break to talk with Kasing about food, anime and growing up in different cultures.

How was it growing up between London and Hong Kong?

I don't remember much from when I was growing up as a child in Hong Kong. I moved to London when I was very young, but have been back to visit family. I think London just feels better for me because I'm used to being here and I know kinda where everything is haha! Hong Kong is too hot for me, so I don't like it as much. That said, Hong Kong itself is really beautiful compared to London.

Are you a decent cook? What is the best meal you can make?

I would say I know my way around the kitchen! The best meal is whatever I feel like doing at the time, whether it's a nice steak or a healthier salad. When I go out to eat with friends and family, I really like eating Sushi, but often when I go out with the Excel guys we end up getting Korean BBQ or Vietnamese Pho. It's really tasty!

Do you have a favorite restaurant in London?

I don't particularly have a favourite restaurant in London, but if I had to choose, it'd be a place called "Burger and Lobster" - mainly because I like the Lobster part.

Traditions vs the new

The story of @Kasing presented by @HyperX

How does German cuisine compare when you're training at Excel's team house?

I definitely prefer eating out in London, compared to Berlin!

As an anime fan, which are your favorite shows?

In no particular order, I quite liked Hunter x Hunter, One Piece and My Hero Academia. But I've been quite busy this past year or so, so I've not had much time to watch too much anime recently.

Have you introduced any of your team mates to your favorite shows?

No, they have to appreciate anime for what it is, before they are introduced to it and look past the memes!

What would you say is the biggest anime betrayal moment of your life so far?

Nothing we should publish!

The next subject of HyperX and Excel's "Story of..." documentary series is Jespa 'Jeskla' Klarin, we'll find out more from Excel's bot laner next time!