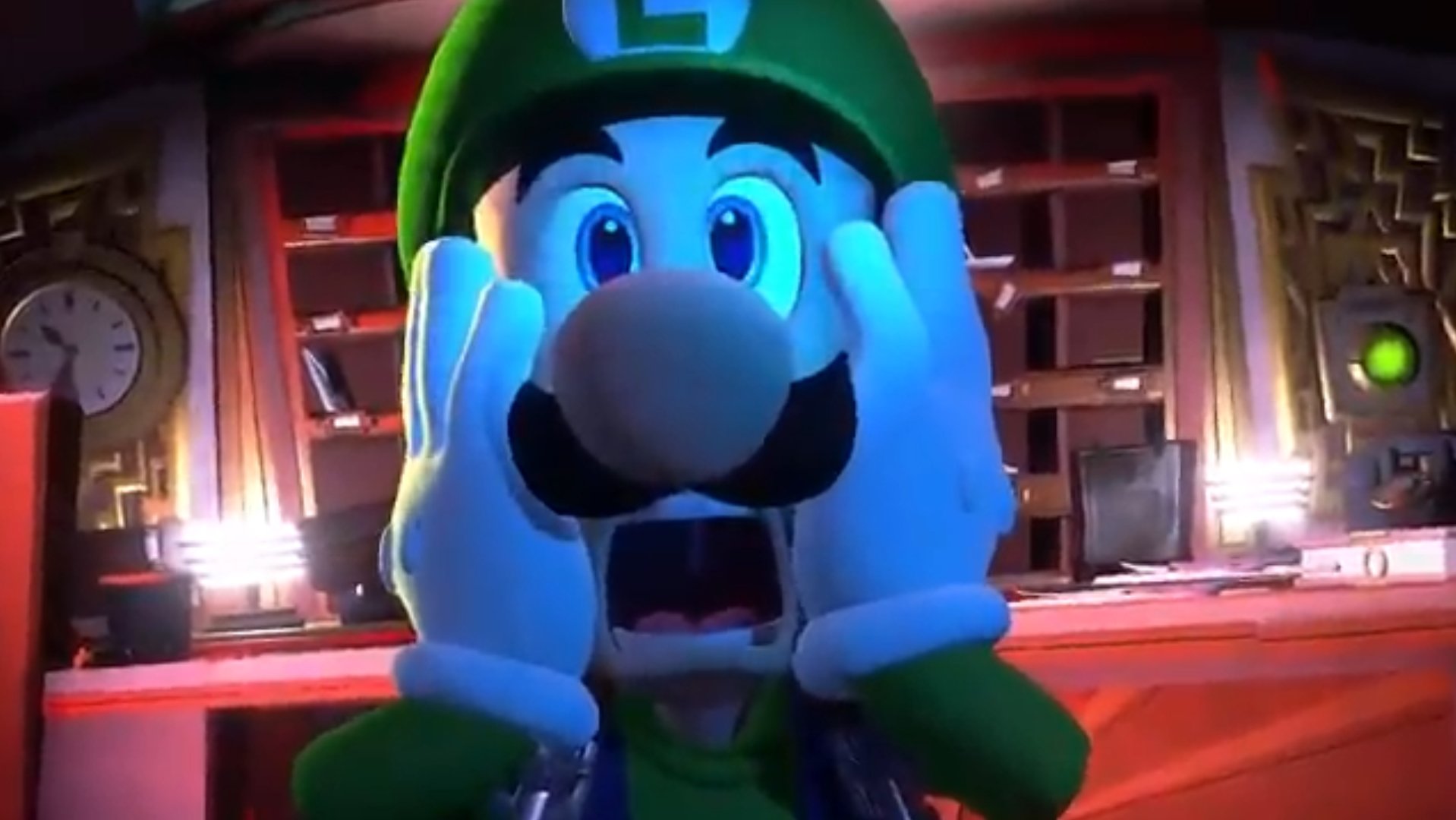 It’s a terrible time to be a horror hater. The spooky season is well and truly upon us, and everyone we know is getting involved by playing the scariest, most unsettling games they can find! So where does that leave those of us to whom a dark corridor and twitching figure result in an immediate and non-refundable ticket to the power button? If your attempts at playing scary games have sent you scrambling to switch on every light in the house, you might be feeling left out. Fear not, there are plenty of games out there with horror themes to get you in the Halloween mood without ruining your underwear. Read on to discover some great horror-themed games for cowardly gamers.

(What's that,. you say you like, jump scares? Well then, perhaps you'd like to check out our list of jump scare games so scary you'll never finish them.)

Thank goodness for Nintendo. As the likes of Blair Witch and Visage close in and attempt to scar us for life, Nintendo arrives just in the nick of time to deliver some wholesome haunted fun. Luigi’s Mansion once again reminds us that no matter how cowardly we may be, our favorite green-clad brother will always be more of a scaredy-cat. If you thought Luigi’s Mansion couldn’t get any less scary, this time round you’ll be partnered with an adorable ghost pupper and can take part in silly minigames with your friends. Marvellous.

The name Pony Island is more likely to bring rainbows to mind than reigns of terror, but start up this fake arcade game and you’ll quickly realize things have gone amiss. In one of the greatest video game narratives devised, it turns out that the cabinet has been possessed by Satan (!!!), and it’s up to you to hack and play your way through this humorous and devilish (in theme, not difficulty) platformer to restore to its former cheery ways.

Bloodstained: Ritual of the Night

Zombies, vampires, werewolves and more abound in Koji Igarashi’s revival of the Castlevania formula, but thankfully they aren’t all that spooky. Despite the gothic hallways and blood-filled pools, a deft bit of sword work or magic is more than enough to send Bloodstained’s beasts packing to the underworld. Better yet, as you slice a path through the labyrinthine castle, you’ll gain the powers of the monsters you defeat. Unleashing a dragon head to roast your enemies is mightily satisfying, making this the perfect ending balm to any spooky session.

Okay, so this one presents a good deal more of a challenge. SOMA is scary, there’s no denying that. Creeping through an underwater sci-fi base inhabited only by robots and cybernetic monster horrors is, to put it mildly, unpleasant. The good news is that those monsters are only the beginning of protagonist Simon’s difficulties. You see, SOMA is much more about psychological horror, especially in its narrative. What do you mean that’s not a good thing?

If we’ve not spooked you off already, let us put it this way: SOMA may be a horror game, but it’s extremely light on the jump scares. There are definitely sections of sneaking around an unpleasant beast or two, but by and large the game delivers an uncomfortable sense of dread through the narrative and difficult situations you’ll face along the way. If you can handle that, the story of SOMA really isn’t one to miss.

Continuing on the theme or horror games that are heavy on atmosphere but light on jumpscares, Darkwood is a superb entry in the already bloated survival genre. Exploring the twisted forest reveals many unsavory inhabitants that seem equally likely to help or hunt you. Interacting with them will uncover a narrative web that’s typically lacking in this sort of game, but you might be too busy watching out for dancing shadows at the edge of your torch’s light to focus on piecing it all together.

Know of any other horror or Halloween-themed games suited to the jumpy gamers of the world? Let us know in the comments below! Feeling more confident? Try playing through our horror gaming marathon this Halloween, if you dare...