Death Stranding PC fans won't have long to wait after the PS4 exclusive debut to carry boxes around Iceland. 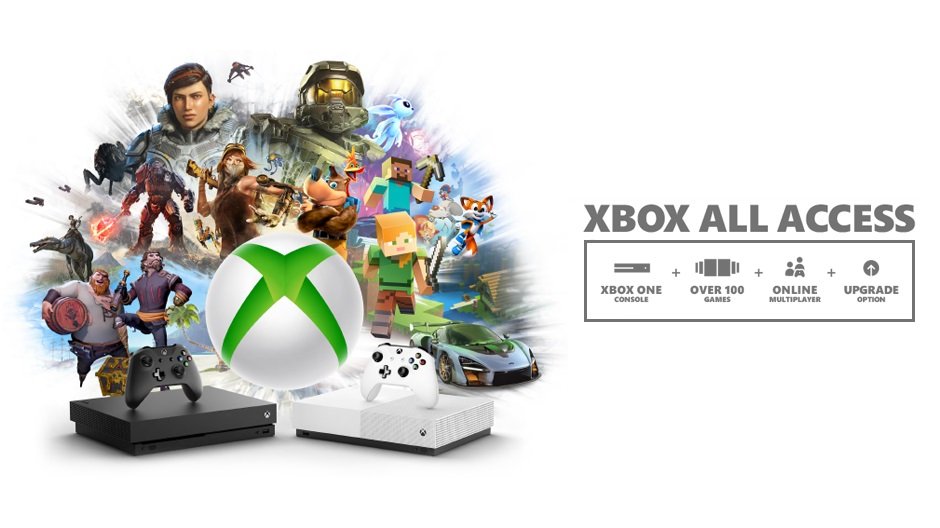 How to holster your weapon in The Outer Worlds

Put that thing away before someone gets hurt! Learn how to holster your weapon in The Outer Worlds with our guide.

Xbox All Access, Microsoft's financing service for the Xbox family of consoles, now includes an option to upgrade to the next-generation Project Scarlett when it releases next year.

The program, which offers a zero upfront cost way of "owning" an Xbox One with 24 monthly payments, will allow you to trade in your newly bought Xbox One a year or so from now when the next generation console releases.

Xbox All Access will be rolled out in the UK, US and Australia and, after completing 18 months of payment, you can choose if you want to send your Xbox back for the new Project Scarlett, or whatever it will be named at that point.

The more mathematically adept of you may have realized that Project Scarlett's "Holiday 2020" release date is less than 18 months away, which is why Microsoft is making a limited time offer to let you upgrade as long as you buy an Xbox One through Xbox All Access before December 31, 2019.

"We realize buying a console is an investment and some players are waiting to make the jump to the next generation with Project Scarlett when it launches in Holiday 2020 alongside “Halo Infinite”," the news release through Xbox Wire says. "This is why as a limited time offer this holiday season, players in the U.S. and U.K. who purchase an Xbox One X with Xbox All Access through December 31, 2019, have the option to upgrade to the next Xbox console in as few as 12 months and once Project Scarlett has officially launched."

The wording of that suggests Microsoft is aware of the lull in hardware sales during the final swan song of a console lifecycle, and as a solution have turned to the lucrative prospect of lease financing. There are terms and conditions, as ever, including anyone opting for the Xbox One S All-Digital Edition will need to pay an upgrade fee once their chance to grab Project Scarlett rolls round next year.

If that sounds like a good deal to you, then Xbox All Access begins October 29 in Australia, November 5 in UK and November 18 in US. Here's what you get for signing up for a 24-month financing package (between $30.99 and $19.99 a month) with no upfront cost. Official retailers include Amazon (US), Game and Smyth's (UK) and Telstra (Aus).

For reference, that total cost over two years is $743.76 for an Xbox One X or $551 for Xbox One S, both of which have no upgrade fee for Project Scarlett. An Xbox One X currently retails for $399.99 on Amazon, and two years of Game Pass Ultimate would run about $200, so your financing is around a 10% markup. If that sounds like a good deal to pay nothing now and trade in for the next gen Project Scarlett on the same financing arrangement next year, here's everything you get with Xbox All Access.

That's the deal with the Xbox All Access Project Scarlett upgrade, will you be jumping onto the Xbox One bandwagon at the end of its life with this deal?