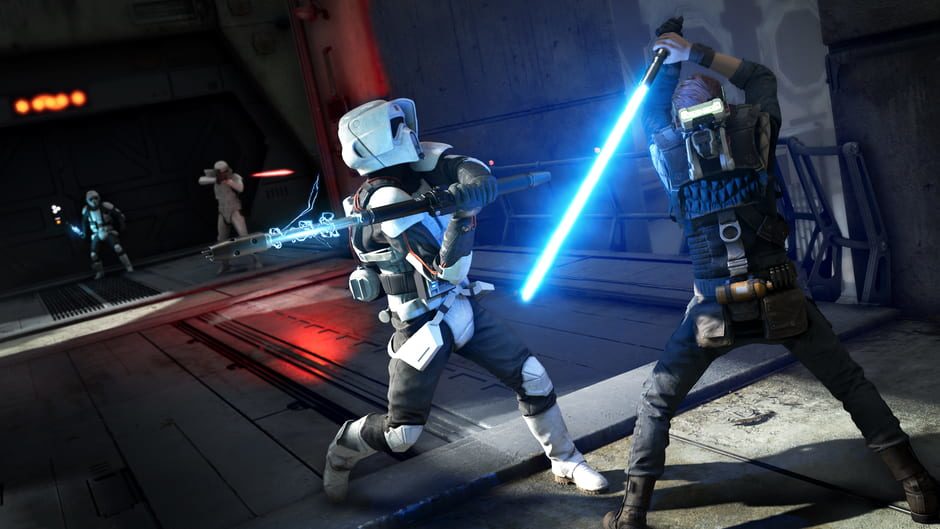 Star Wars Jedi: Fallen Order promises a wide-open galaxy to explore and thrilling combat to take on. With a combat style that has been compared to games like Dark Souls, God of War, and more, it's no surprise that the progression of the game feels nothing short of satisfying. We recently got our hands on a few hours of the game and sat down to discuss some of the "happy accidents" throughout the game and namely its combat mechanics.

We sat down with lead combat designer Jason de Heras to talk about the combat. In particular, we discussed a moment from our playthrough where we accidentally triggered a Force Push and found out the fun way that this particular move actually pushed a Stormtrooper's rocket back at him for an instant kill. That discovery was exhilarating and made ranged combat delightful, something that de Heras mentioned was one of the many "happy accidents" that make this game fun.

"We want happy accidents to happen and stuff's built-in with the combat system so yeah, you might push something and get this surprise 'ah-ha' moment and it will really cue you in on how to take the encounter differently from then on," de Heras told us and he's right! It absolutely changed how gameplay from that moment on played out.

As we mentioned in our hands-on preview for Star Wars Jedi: Fallen Order, the combat was one of many aspects of the game that blew us away. From the title's progression to its character interactions, everything about Respawn's entry into the realm of single-player adventures is setting it up to have some serious Game of the Year potential.

You can experience the newest Star Wars adventure for yourself when Star Wars Jedi: Fallen Order debuts on Xbox One, PlayStation 4, and PC on November 15th.