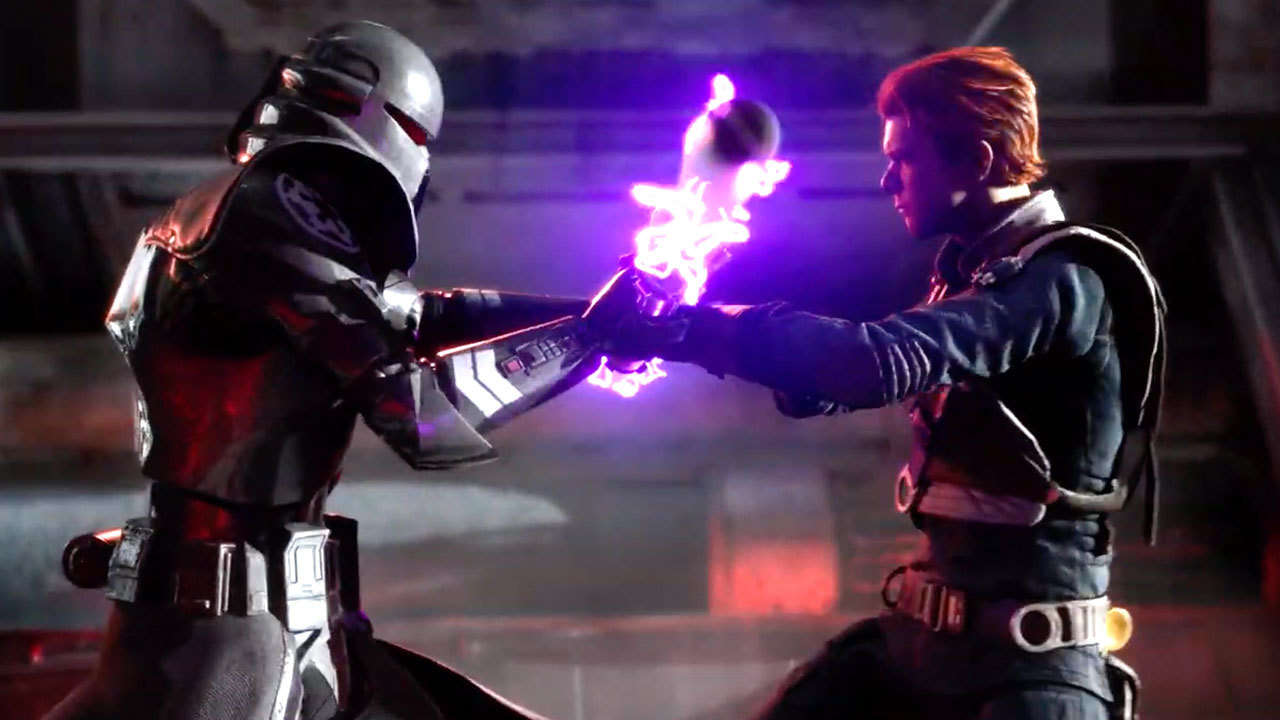 An inside look at the combat of Star Wars Jedi: Fallen Order

Star Wars Jedi: Fallen Order has us intrigued when Respawn first revealed their entry into the single-player space with one of the most beloved franchises in history. That being said, the first few trailers didn't seem to show off how this game pops but after spending hours with the game at a hands-on preview event earlier this year, any doubts we may have had are long gone.

For those that may not know, Fallen Order takes place after Episode III with a heavy narrative of Us against the World regarding the Jedi as a whole. What makes Fallen Order interesting - not just storywise - is that technically this is the first single-player Star Wars experience since 2008. There was, of course, Star Wars Battlefront II, but that game, though it had a single-player campaign, was more geared towards a multiplayer audience. Given that this title is the first Star Wars campaign in quite a while, there was a lot of pressure on our protagonist to bring the shine and shine Cal Kestis did.

One thing that Respawn mentioned is that they wanted players to explore. Star Wars Jedi: Fallen Order is very much an explorable game and after playing, it was obvious that this intent was built into every single detail the worlds have to offer. From the moment I stepped down onto the Zeffo world, I knew I wanted to see everything this area had in store. The environmentals were stunning, the walking mechanics and traversal frameworks were beyond stunning, and the Zeffonian temples? They were nothing short of glorious, even if everything in there was trying to kill me.

I didn't try my luck at the world Dathomir. For those familiar with Star Wars lore, that world is dangerous and the devs warned us away from trying our hand at that particular area since the game was still so new to us and we didn't have hours with the title prior to get comfy with the mechanics and all of Cal's special abilities.

For those that like games from studios like BioWare, Star Wars Jedi: Fallen Order will definitely have a mass appeal. There were so many instances with the mechanics of the game as well as animation styles and narrative progression that felt very reminiscent to that of BioWare's Mass Effect and Star Wars entries. Though Respawn is not affiliated with BioWare, some of the dev team that worked on games such as Mass Effect and Dragon Age were a part of the team, and that attention to detail and particular brand of creativity was evident in the best way possible.

But it wasn't just BioWare games that felt like had a special place in Star Wars Jedi: Fallen Order. The puzzles in-game felt very much like The Legend of Zelda: Breath of the Wild, whereas the exploratory aspect of Fallen Order was beautifully similar to that of games like Tomb Raider and Uncharted. That's not to say that Respawn doesn't stand on its own in terms of what kind of experience Fallen Order has to offer, it just means there is something for every type of gamer while still feeling uniquely new.

There's rope-climbing, wall jumping (hey, TitanFall), and so much more that will make you want to explore every nook and cranny. It's challenging, for sure, but in a way that urges the player forward rather than having them toss a controller in frustration.

Many have also compared the combat to that of Dark Souls. While I can sort of see that angle, it makes me wonder what Darks Souls they were playing because unless you had it on the single-highest difficulty, there was really no other correlation. The combat specifics that many have compared the two games with in no way were limited to the Dark Souls series, so if that comparison has you a little spooked - don't worry. Respawn made this game very accessible with various difficulty settings so that players can get the experience they want without feeling too much pressure.

For those that like to feel the reward of progression, Cal's skill tree system was a tangible way to see progress. Not only can players upgrade him as a Jedi, but as an explorer as well, and the natural progression of the skill tree's leveling system felt very natural in a way that players will be able to appreciate. From the ability to grow his Force powers to simple survival upgrades such as his health capabilities, there are a lot of ways that players can tailor Cal to their playstyle that keeps this experience personalized for those enjoying it.

And, of course, we have to talk about Cal's handy dandy droid companion: BD-1. BD-1 is compact, freaking adorable, and incredibly helpful! It can be used to decode memory sequences, find ways out of tricky situations, help solve puzzles, and so much more! It's not just a piece of eye candy, BD-1 is a vital part of making sure Cal becomes the Jedi he was truly meant to be.

Overall, Star Wars Jedi: Fallen Order has the potential to be a huge game-changer in today's gaming market. With so many studios pivoting to online experiences, Fallen Order could be that huge hit title, that's not a console exclusive, to remind devs that players crave a solid single-player experience.

You can experience the newest Star Wars adventure for yourself when Star Wars Jedi: Fallen Order debuts on Xbox One, PlayStation 4, and PC on November 15th.