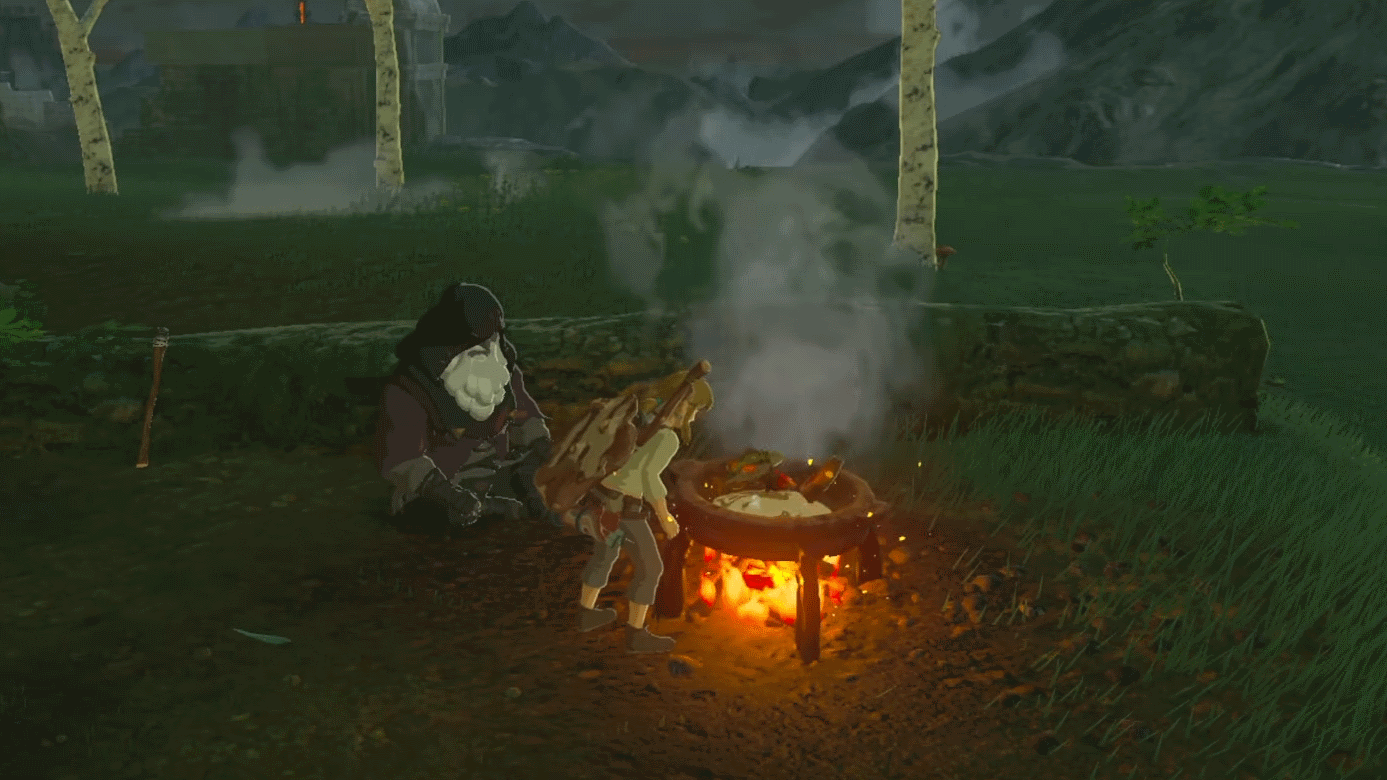 Early on in Breath of the Wild you’ll be asked to make the Spicy Meat and Seafood Fry dish using the Old Man’s Recipe. Completing this simple task will net you some helpful gear that’ll ease your exploration into the frozen north, so it’s well worth taking the time. Here’s how to make the Old Man’s Recipe, and where to find the ingredients.

Fortunately, you won’t have to travel too far to pick any of these up. For the Raw Meat you’ll need to hunt down one of the boars which roam the Forest of Spirits to the northwest of the Temple of Time. With your early gear, it’ll take two arrow shots to down one, and they have an unhelpful habit of running away. Your best bet is to sneak by pressing the left analogue stick to get as close as possible before landing a headshot to kill in a single hit.

Hyrule Bass can be found in the pools of water around the Plateau, but the best place is the pond west of the Temple of Time. If you sit on the island in the centre it should be easy to spot the fish around you. Either shoot one with an arrow or swim quickly towards one to grab it.

Finally, a spicy pepper can helpfully be found within the Old Man’s cabin south of the Temple of Time. Chuck the ingredients into the pot outside then wait by the fire until nighttime and the Old Man will show up. Speak to him to complete the quest and earn yourself a handy Warm Doublet.