Worrying over what to buy the Nintendo lover in your life? Our Nintendo Switch holiday gift guide 2019 is here to help! 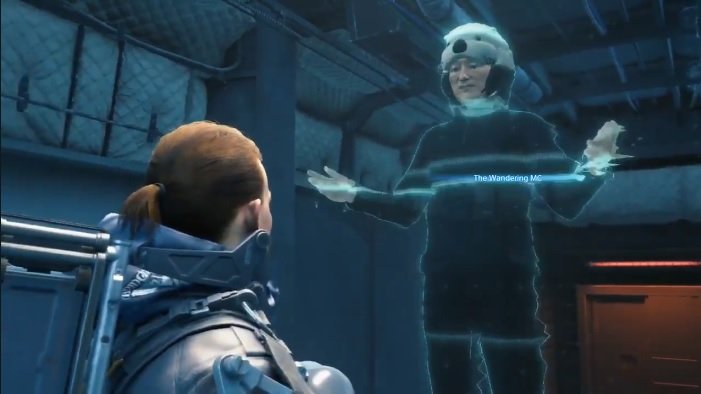 The Last of Us Part 2 delayed until spring next year, reports say

The Last of Us Part 2 delayed for up to three months from its February release date, according to reports.

Conan O'Brien will star in Death Stranding as another "prepper" NPC, laying to bed rumors of his involvement after taking a selfie at Kojima Productions months ago.

One of America's most famous late night TV show hosts will be one of the base operators, known as "preppers", that you must deliver items to in your quest across the corrupted wasteland.

This particular NPC will gift you the "Sea Otter Suit", according to game director Hideo Kojima, which will allow you to swim more easily in rivers. He also happens to be wearing said suit when you speak to him. Of course.

Conan O'Brien appears as a prepper “The Wondering MC” in DS. You get “Sea Otter Suit” when you get connected with him. With this suit, you’ll be able to swim easily in the river, you won’t be drifted away! BB would be happy as well. pic.twitter.com/nIsw5JS5t0

At this point what even is this game? Kojima gets to dress national treasures like 9-foot-tall red-headed comedy legend Conan O'Brien in an otter suit and make him say lines like "is that an otter on my head or am I just happy to see you? Well...both." It's performance art at this point.

The otter cap lets Sam motor around in the water quickly by doing that cute hand thing otters do where they float on their back trying to crack open an oyster on their chest with a rock. It looks...odd. But then what have we seen so far of this game that doesn't?

Conan will join a cast of incredible talent (and Geoff Keighley) when Death Stranding releases on November 8.