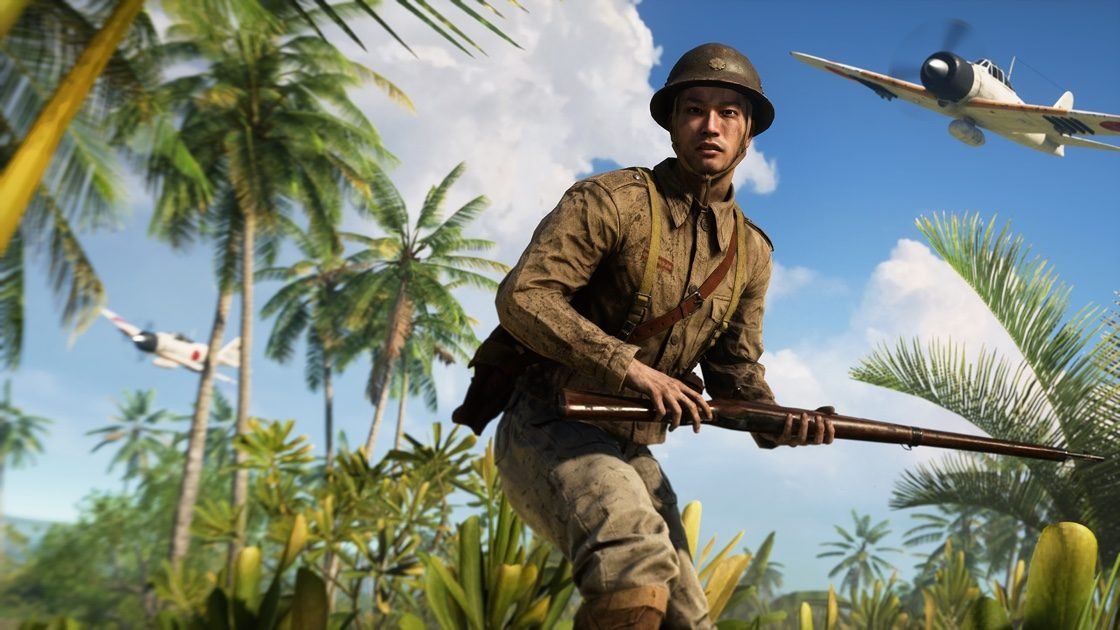 Battlefield 5: War in the Pacific brings back Wake Island and Iwo Jima

Worrying over what to buy the Nintendo lover in your life? Our Nintendo Switch holiday gift guide 2019 is here to help!

The next chapter in Battlefield 5’s life will see the return of two classic maps as Iwo Jima and Wake Island both return for War in the Pacific.

Battlefield fans have been quietly getting their hopes up for the next wave of free content to be added to the game, and following a brief tease on Monday, Chapter 5: War in the Pacific has now received its grand reveal.

War in the Pacific takes Battlefield 5 to a new and much wetter frontier of war, introducing two new factions in the Imperial Japanese Army and U.S. Armed Forces. That means plenty of new weapons are on the way, including that oh-so-beloved M1 Garand with its signature “ping!” effect. The M4 Sherman arrives as another classic vehicle, joined by the Japanese equivalent Type 97. More exciting variants like the rocket-tossing Calliope also arrive in the form of reinforcements. New Battle Pickups include the M2 Flamethrower and a shining katana to help cut down your foes, provided you can get close enough.

While new features are certainly of interest, it was word of returning maps that really helped to build interest. We now know that Wake Island, one of the Battlefield series’ most famous maps, will be returning with a new lick of paint. It won’t be arriving until December however, but you’ll have both Iwo Jima and Pacific Storm to enjoy until then. Here’s the official description of the updated map:

“The map’s iconic, horseshoe-shaped layout ensures dynamic changes to where the action will be – though the Airfield and other areas granting vehicle access are sure to be constant focal points. Keep on the move to win the battle. Use Fortifications to create chokepoints and lure enemy forces into kill boxes. Do everything it takes in this war-ridden tropical setting to conquer the island, the skies, and the waves.”

Chapter 5 also brings new Chapter Rewards, letting you earn experience to unlock outfits weapon skins and more while also completing weekly challenges. Read up on the full details of Battlefield 5 Chapter 5: War in the Pacific on the EA website by clicking here. War in the Pacific releases October 31, with further content like the Wake Island map arriving later in December.