Find out when you'll be able to play Luigi's Mansion 3 by reading the full list of unlock times. 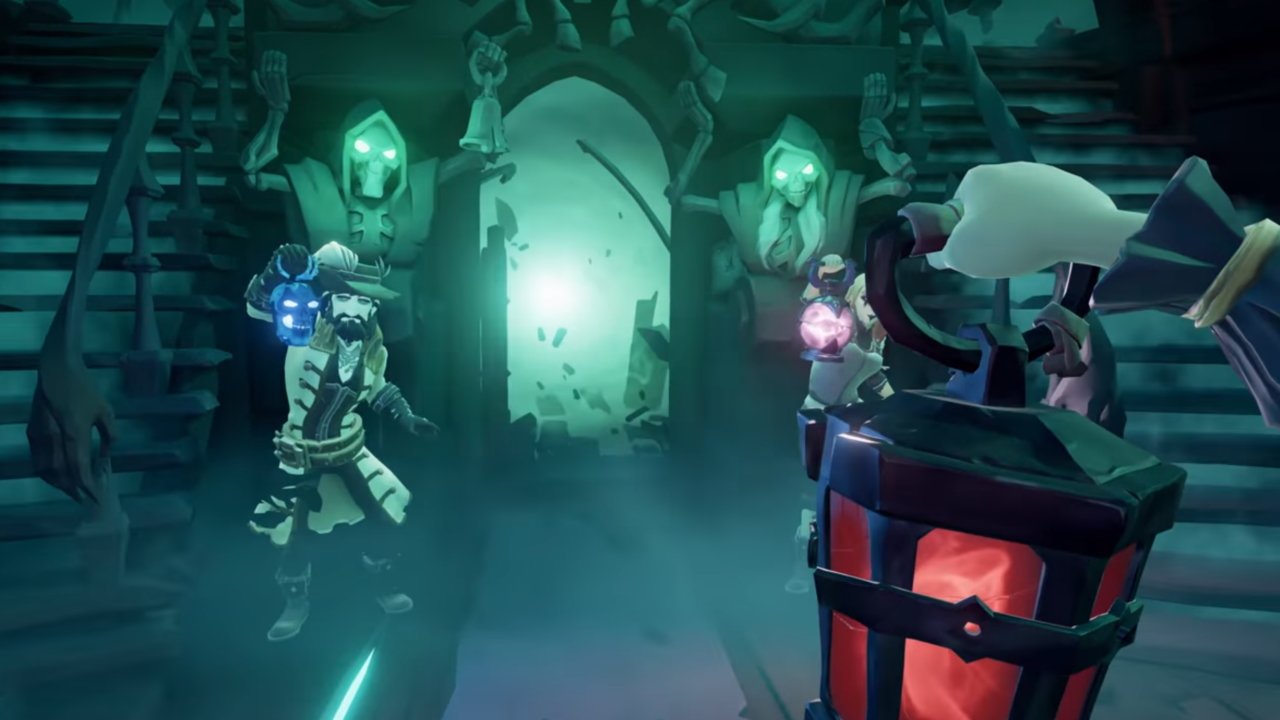 How to get all Flames of Fate in Sea of Thieves

Secure each Flame of Fate in Sea of Thieves by offering yourself up to several frightful ends.

The season of spooks has arrived in Sea of Thieves thanks to October's Fort of the Damned update.

Steel yourselves with a hearty swig of rum or a munch on that banana, as Sea of Thieves has charted a chilling path. The Fort of the Damned update brings a huge wealth of unsettling new content and cosmetics for players to enjoy as they sail the seas.

Someone has been up to no good in The Old Boot Fort of the Ancient Isles, which has now been overrun by the undead and transformed into the menacing Fort of the Damned. It's a hardy new Skeleton Fort, but if you're hoping to take on this particular battle then you'll need complete a ritual first.

Those looking to test themselves at the Fort of the Damned must first collect the six Flames of Fate and a Ritual Skull. Bring the goods to the doors of the damned and your crew will have the chance to battle with a battallion of Shadow Skeletons, earning mighty rewards in the process. The foes contained within will require you to make use of the six different flames if you hope to succeed, so be sure to keep them handy once you're inside.

The Flames of Fate can be earned on the Ferry of the Damned, with different flames being offered based on how you died. Ritual Skulls can be found in a variety of ways. New voyages are available from Duke which will send you after powerful skeleton captains. These sinister fellows are holding treasure maps that'll point you to the guaranteed location of a skull. Emergent Skelly Captains will also begin popping up, each providing the chance for a new Skull. Finally, you can by voyages from Duke's Black Market that'll take you directly to a Ritual Skull, provided you've for the dubloons to pay for it.

Of course, no pirate update would be complete without new cosmetics too. There's plenty more to buy from Duke's Black Market and the Pirate Emporium, including clothes, dyes, emotes, and even a skeleton marmoset or cockatoo. If you manage to complete all the Fort of the Damned Commendations you'll also unlock new Ferryman cosmetics that you can purchase from Outposts.

As a nice extra bonus, the Fort of the Damned update also brings duo sloops to the arena, and offers a banjo instrument free to all players. Fort of the Damned is live now in Sea of Thieves, meaning you can hop in and start earning those Ritual Skulls right away.