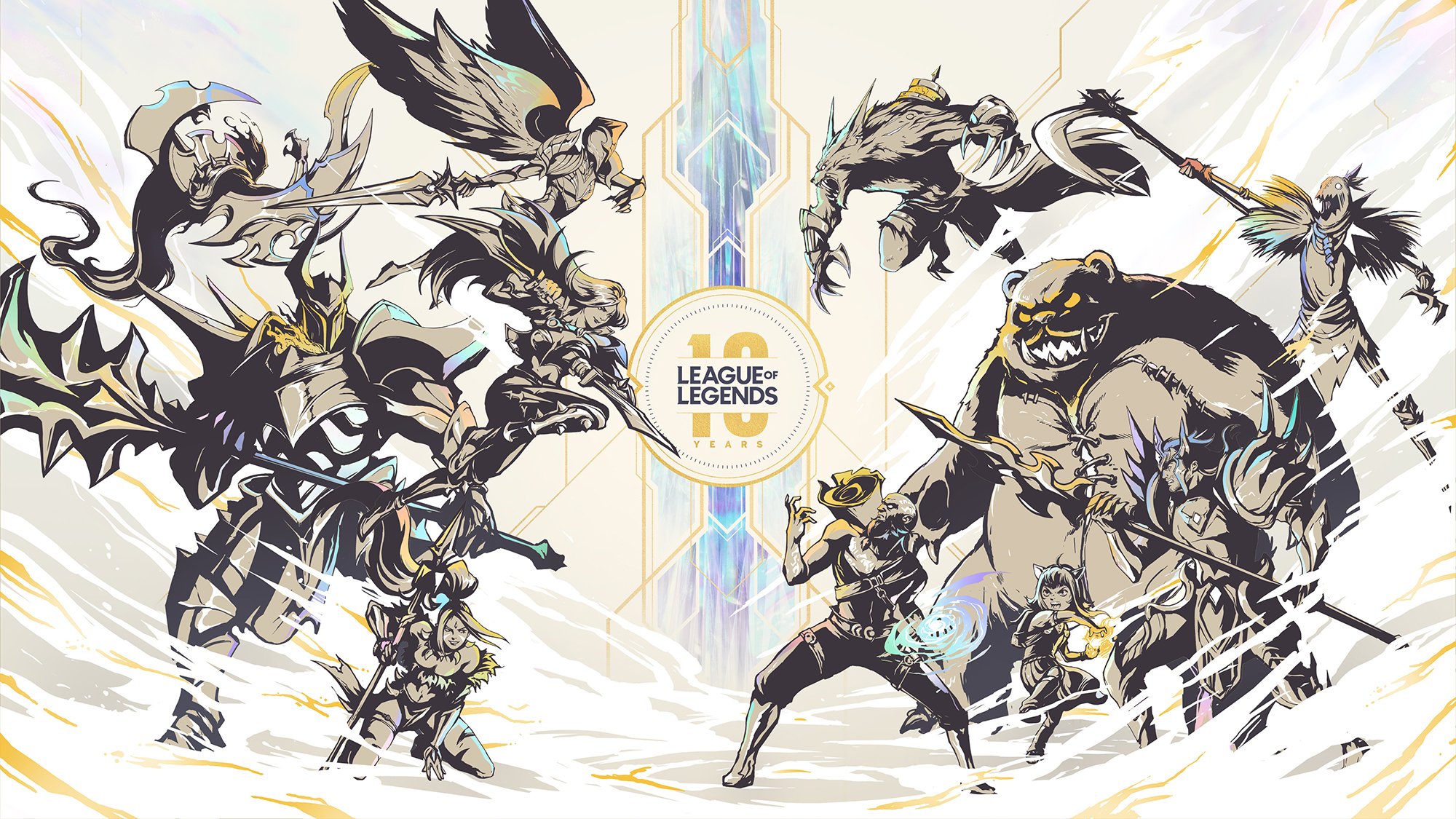 League of Legends' 10th anniversary has been celebrated with a slew of announcements for new games Riot are working on. However the real celebration is 10 years of pro LoL plays to look back on. Whether it's classic moments that spawned memes and names we all know and love, or plays that made us realize how woefully inferior our reaction times are, the best plays of LoL's 10 years are a wonderful trip down memory lane. Here's what we consider to be the 10 greatest pro plays on League of Legends' 10th anniversary.

One of the earliest memories people have of LoL's pro community creating an earth-shatteringly good highlights reel is this teamfight during the IEM Kiev qualifiers. Back when Riot's esports dreams were just budding into life with the first Worlds season and there were still only about 80 champions. Empire pulled off one of the most textbook wombo combos we'd ever seen and ignited many people's love of competitive League of Legends.

Truly what legends are made of. After a failed push on SK Gaming's Nexus, everything looked dire for Fnatic. A death march up mid from their opponents was sure to end the game before they could mount any sort of defence. So xPeke chooses the only solution: take his Kassadin back to the enemy base and Rift Walk his way around the Nexus until it was gone, dodging every attempt to stop him. Possibly the greatest moment in League history.

There are very few moves in LoL named after pro players or teams, we've already seen two of them: the Empire combo, and the xPeke backdoor. One final tribute must be paid to the InSec: flashing behind your opponent, optionally placing a ward that you then W to and using your kick to punt an enemy out of position and into your own team. The mechanical ability on play was absurd for the time, but today it is practically necessary for professional play. That hasn't stopped InSec from continuing to be a beast on Lee Sin.