Project A is a tactical FPS from the League of Legends studio with abilities and clean art. 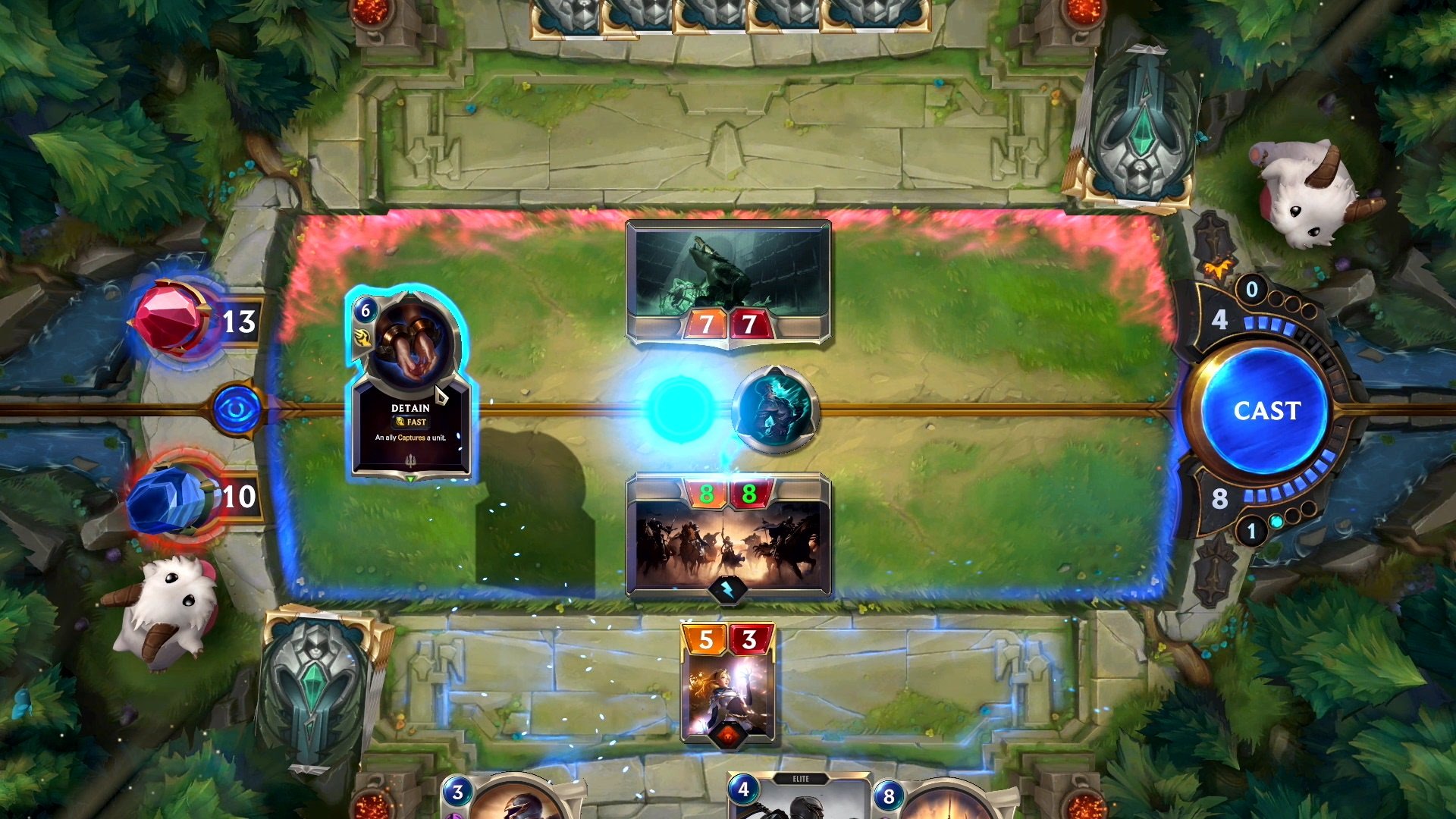 Legends of Runeterra is a card game based on LoL's world

These are the 10 best LoL pro plays in 10 years of competition.

Legends of Runeterra is a Hearthstone-like card game from League of Legends developers Riot Games, set in the same world as the Summoner's Rift.

Taking inspiration from Blizzard's World of Warcraft spin-off, Legends of Runeterra will feature characters, items and other lore from the world of their hit MOBA, League of Legends.

The world of Runeterra has many races, regions and celebrities to draw off, and many of them feature in gameplay shown of the card game during Riot Pls, a celebration of the developer's esports-topping MOBA game on its 10th anniversary.

Competitor Valve attempted to make the same leap two years ago, bringing the world of Dota into card form with Artifact, which died a sad death after release partly due to heavy use of the Steam marketplace to develop an economy of cards among players.

Riot is attempting to sidestep this pothole by unlocking cards based on which region of Runeterra you pick, and playing games to accrue unlock points for cards and loot based on that region. There are six regions featured: Demacia, Noxus, Freljord, Piltover and Zaun, Ionia and the Shadow Isles, and some LoL champions from these regions will appear as valuable cards.

Legends of Runeterra's closed beta registrations will be reviewed after the LoL 10th anniversary celebrations are over, though you can pre-register now by going to the game's site. If you pre-register then you can unlock the Moonstruck Poro straight away once you get your beta access.