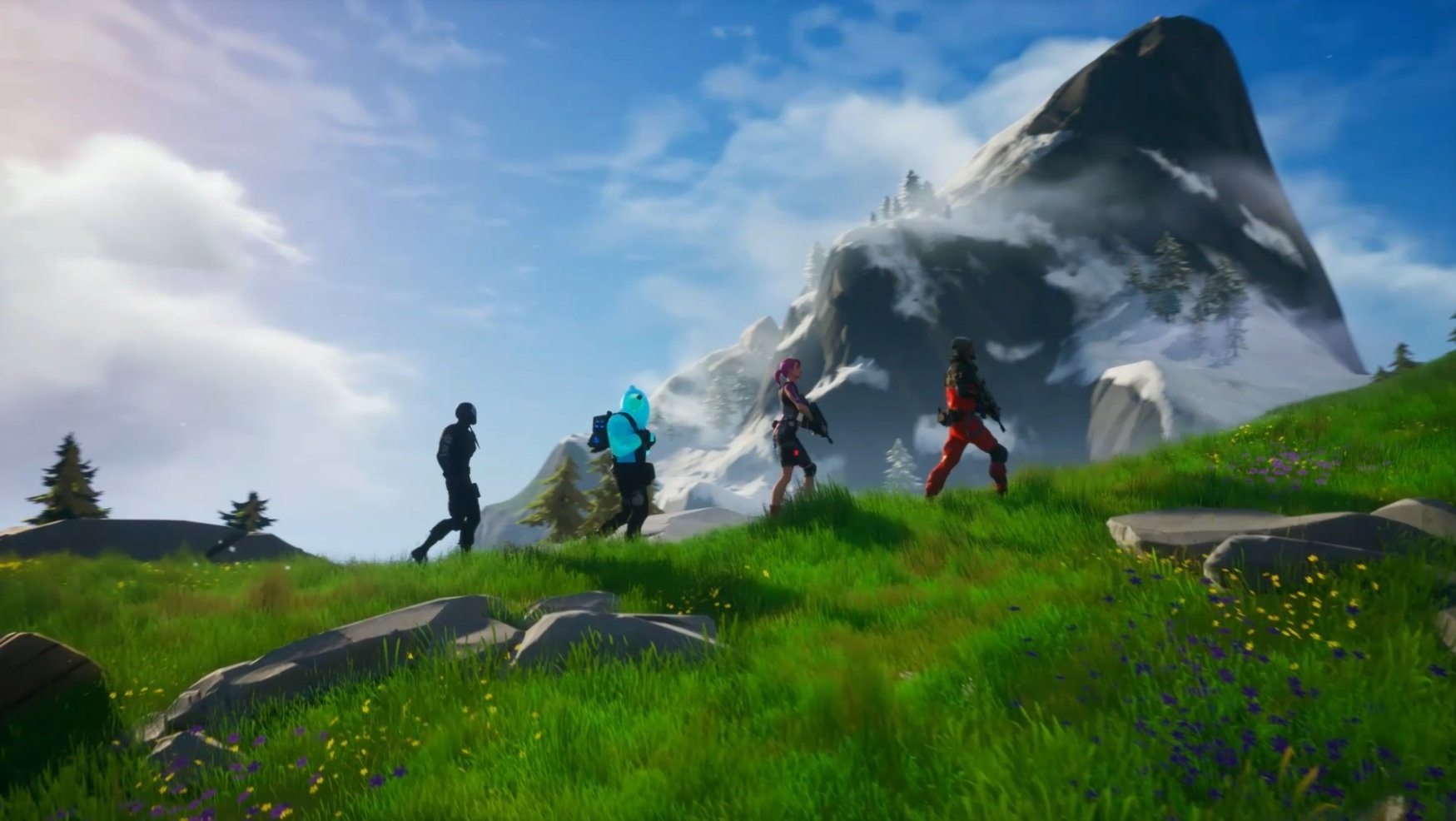 The black hole has finally revealed its secrets with a brand new map for Fortnite’s second chapter. With plenty more water to play in, there’s a tidal wave of new places to explore and ways to see them. But there are also changes to the very fabric of the game itself, which is likely what necessitated that downtime at the start of this week. Swimming, weapon upgrades, new locations and an overhauled XP grind. Here’s what’s new in Fortnite Chapter 2.

First up, obviously, is the new map. There are a number of named locations, some you’ll recognize and others you’ll learn to love. When you first drop in, your map is completely empty and you’ll need to fill it in by exploring. However, in between the named locations are smaller landmarks, like the group of islands in the North-West of the map, each with a different theme. Named locations are your best chance at large amounts of loot, but there are chests all over the map, some are even bigger with rarer items inside and they can be found in smaller landmarks as well.

Next is the water, and there is a lot of it. Gone are the days when every lake in the game was knee-deep, and rivers stood still. Now there are swamps with bouncing lilypads, and lakes, and raging rapids and factories pumping out industrial Slurp waste which will heal your shields if you’re brave enough to swim in it. You can dolphin dive by jumping while swimming to increase speed and even outswim the storm. Combine that with swimming downhill in a river and you can traverse the map at incredible speeds.

Now this is podracing

That’s not the only way to get around on the water as there’s a new vehicle, the jet-powered boat. This has a boost, that allows you to smash your way through bridges, and if you aim at one of the ramp-like fallen trees around the map you’ll go flying. You can also fire rockets while driving, good for discouraging players on the riverbank from taking potshots at you. There aren't any other vehicles on the map at the moment, so make sure you plan your route to use the waterways or ziplines to avoid getting caught out in the storm.

When you make your first drop into the new map, you might find that you’re doing a bit better than usual, racking up a few kills early in the game and surviving much later. We’re not going to tell you you aren’t amazing, but Epic have also added bots to Fortnite battle royale as part of an overhaul of the matchmaking system. So if you manage to land a headshot on a player standing still while mining in a playground or putting up walls that they knock down again themselves then you might have been gifted that kill for free. That said, there are definitely still players in your matches so don’t underestimate anyone.

To help you against those real players, there are a few changes to the weapons, too. You can upgrade guns by finding a bench and using resources to improve them to the next rarity level. But more importantly, there are some fun new support items. The Bandage Bazooka takes up two slots in your inventory, but will regenerate bandage ammo over time and allow you to fire them pretty far for team-mates to pick up. And then there’s the fishing rod, which can pull up a number of different fish or find you rare weapons if you fish in the bubbling ripples on water. Mostly you’ll find small fry, which heal a small amount of health, but you can also hook Floppers which heal a bit more health or Slurpfish, which heal +50 to both health and shields. Always worth keeping a fishing rod handy!

What are your favorite new additions in Fortnite Chapter 2? And where do you miss from the old map already?