Adjustments have been made to remove some controversial microtransaction choices in Tom Clancy's Ghost Recon Breakpoint. 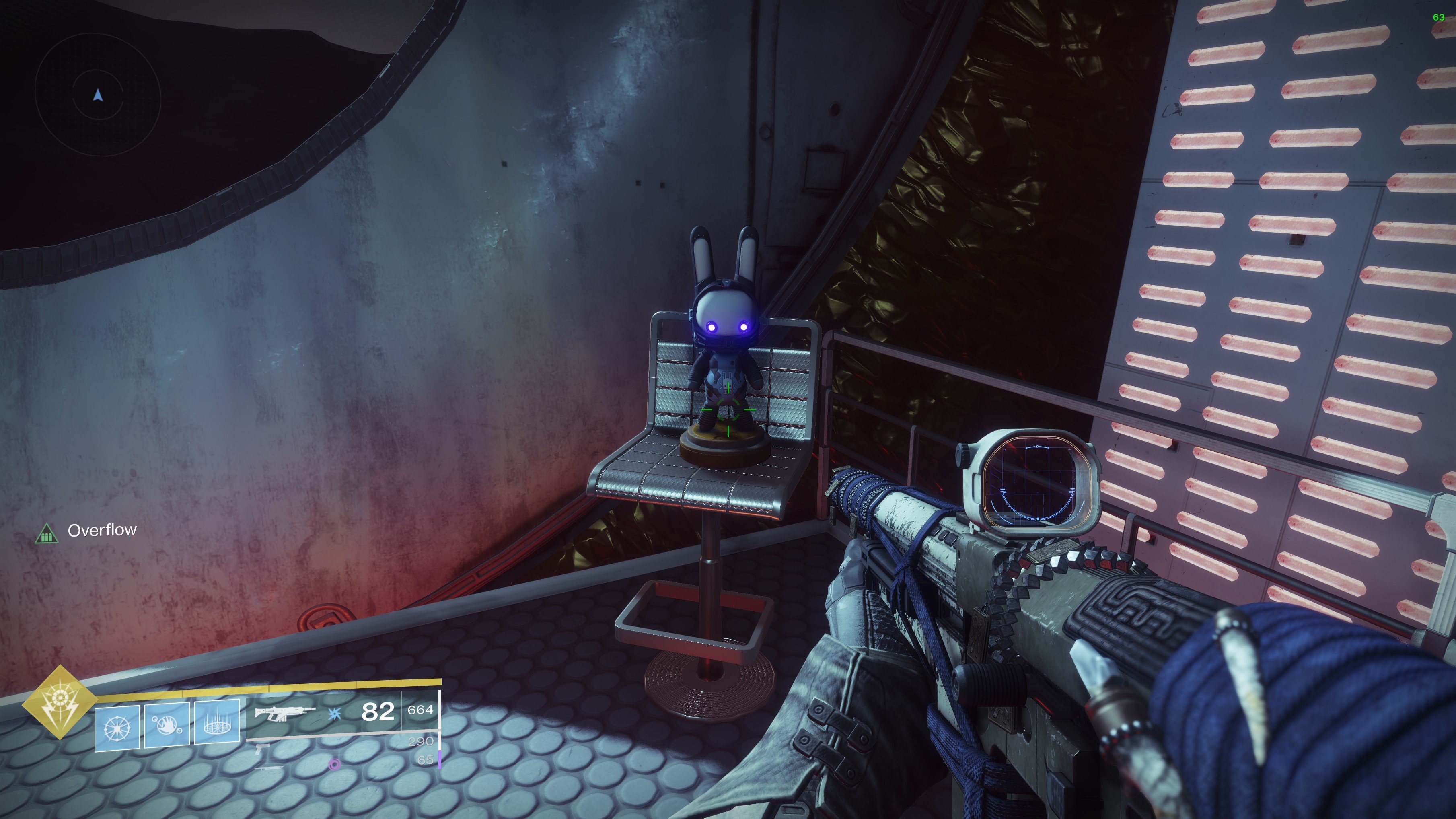 The Big House 9 Smash Melee champion gives us a quickfire window into the mindset of a champion.

While running around the moon in Destiny 2 jade rabbits may pop up in a few darkened corners to surprise you. Much like the mysterious cats in the Dreaming City, these rabbit statues are a collectable that require something of you before you get their rewards.

Walking up to interact with these moon rabbits may prompt that You Lack Something, deepening the mystery even further. Turns out what the rabbits in Destiny 2 want is a Small Rice Cake, and they'll give up some Phantasmal goodies. There's also a room back in Sanctuary (to the South, down a ramp) with the rabbit logo on the wall and 10 empty plinths that are suspiciously rabbit-statue-sized. The prevailing theory right now is that if you feed every Jade Rabbit on the moon a Small Rice Cake, they'll all congregate in this secret rabbit room and you'll earn yourself a grand prize. We'll need to wait until someone finds enough rice cakes first, though, as they're exceedingly rare.

For now, we'll go over where to find Destiny 2's Jade Rabbits on the Moon, and also what activities can earn you a Small Rice Cake so you can try and fill that secret rabbit room up with all of your glowy-eyed friends.

There are nine Jade Rabbits to be found outside of the secret rabbit room, where you can see one has tripped over on the ground. That makes 10, which fills up the empty plinths in the room nicely. There is basically one Jade Rabbit in each major area of the moon, including those bits underground and a couple of Lost Sectors. We'll break down where to find them by map area below:

For the first Jade Rabbit in this area Head to the East of Archer's Line and at the top of a hill there's a circular, geodesic dome building. Inside and to the right, there's a room off the main circular space which has a Jade Rabbit hiding behind some large boxes.

The second Jade Rabbit in Archer's Line is inside the K1 Logistics Lost Sector. After you defeat the boss of the Lost Sector, a forcefield on the door of one of the buildings in the arena will go down. Inside there is a huge yellow cargo door with the number 7 printed on it, the Jade Rabbit is just to the right of this door.

The third Jade Rabbit, found in Anchor of Light's overworld, is way up high on top of a building. You'll see one of the larger structures has a tall transmitter radio tower with several satellit dishes on it and a purple Fallen banner strung from it. Jump up to the top of the building where the tower is anchored to and you'll see our leporine friend sitting at the base.

The fourth Jade Rabbit is deep, deep under Anchor of Light, in the Chamber of Nights. You can get there by dropping down through The World's Grave and heading down the darker corridors until the game pops up the Chamber of Nights name. When you enter a large room with a tall pillar of rock near a door shaped like a pentagon, jump up to the top of the rock to find the rabbit.

The fifth Jade Rabbit is by the edge of a canyon near to where you start the In Search of Answers mission. You'll find the Jade Rabbit hanging out on a ledge by the green abyss.

The sixth Jade Rabbit is in the Hellmouth, down in the Circle of Bones, so head around to the North side of the pit and head on down through the Gatehouse until you're at the lower levels. When you enter you'll be in a room with platforms or balconies. Drop down from your balcony and head to the right underneath the upper levels. You'll find the rabbit tucked away under these platforms in there, to the right.

The seventh Jade Rabbit is even further down into the Hellmouth, but the easiest way to get there is actually from the Anchor of Light entrance into the Hall of Wisdom. From the Hall of Wisdom, find the glowing orange portal that will take you to the Shrine of Oryx, which is that large room with rows of pillars on either side that they often ask you to stop some sort of ritual happening in. When you enter through the portal, you'll be on an upper level. Stay there and look to your right, further along the ledge you'll see some guardian ghosts and the rabbit is just hanging out with them. Telling stories and stuff.

The eighth Jade Rabbit is in Sorrow's Harbor, nestled between some rock pillars that have fallen against a Red Keep wall. If you head to this location on the map and look at the small section of red wall between two larger sections, you should see two roughly cylindrical pillars of gray moon rock leaning against each other. They make a nice little tent for the Jade Rabbit to hide inside, and you'll see if you head over and look between them.

The ninth and final Jade Rabbit is deep under Sorrow's Harbor in the K1 Revelation Lost Sector. Complete the Lost Sector by killing every Wizard to unshield its shard, and then finally killing the Ogre who comes out and you'll reach the exit up by the chest that opens with his cache code. Don't go through the exit though, head a bit further back down the battlefield and you'll see a golden corridor jutting out of the wall that you have to jump up into. At the end of that corridor is a door that won't open unless you have a Firewall Data Fragment. You can get this by completing the Lunar Spelunker bounty, killing each of the three bosses of the other K1 Lost Sectors. Once you open the door, the Jade Rabbit is at the end.

Where to get Small Rice Cakes in Destiny 2

If you've found all of our Jade Rabbit friends above, you'll notice they all say You Lack Something when you try to interact with them. What you lack is a Small Rice Cake. This is a consumable which drops from a number of things with various, extremely rare, loot tables. From our experience, Small Rice Cakes drop as rewards for Public Events, Nightmare Hunts, Region Chests and even just killing the Bone Collector or Trove Protector in rare instances. It's hard to improve the odds of Small Rice Cakes dropping, so this may need to be something that you do while carrying out your other duties as a Guardian on the Moon.

That's everything we know so far about Jade Rabbits and Small Rice Cakes in Destiny 2. There's a good chance that in the future we'll find out what collecting all of them together in the secret rabbit room on the Moon does, but until then let us know in the comments if you discover any more lore about them.